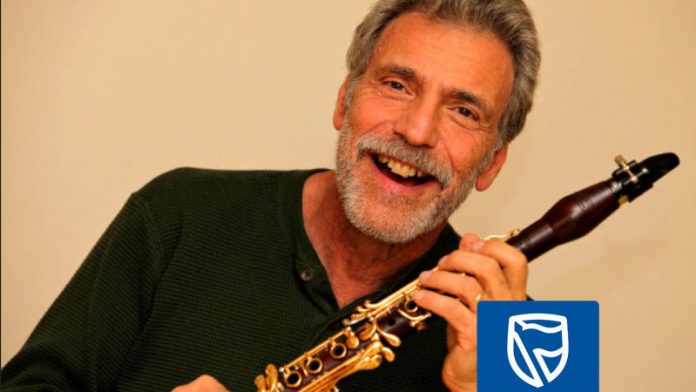 The renowned Grammy Award winning clarinettist and saxophonist will be coming to Johannesburg for the Standard Bank Joy of Jazz from August 22 to 24 and he'll be playing a lot of Duke Ellington tunes with his group.

"This is my first visit to South Africa and I will be playing a wide range of my music including Ellington. I will also work with young South African musicians at a workshop."

It is something that he does in America where he conducts clarinet master classes at various universities.

With albums such as Breakthrough, To Bird with Love and Memos from Paradise, Daniels demonstrates his ability to combine elegance with virtuosity while extending musical boundaries.

He became interested in jazz as a teenager in New York where he was impressed by the musicians accompanying singers such as Frank Sinatra.

Daniels' first instrument was the alto saxophone. At the age of 15 he played at the Newport Jazz Festival youth competition. By the time he entered college, he was also playing clarinet.

Daniels has toured and recorded with a variety of bands, small groups and orchestras, and has appeared on television many times. Since the 1980s, he has focused mainly on the clarinet. In 1989, he won a Grammy Award for playing on the Roger Kellaway arrangement of Memos from Paradise.

Coming to Johannesburg with him is Kellaway, who will form part of the band.

Daniels feels at home performing in both the classical and jazz idioms: "I feel when I'm in a classical situation I'm obliged to bring some jazz into it and when in a jazz situation I include my classical chops."

Daniels remembers a time in his mid-20s when he spent $400 dollars to fly from the States to Vienna to enter an international competition for modern jazz and ended up winning first prize on his sax.

"It was the first big point in my career," he recalls. "You get on a plane by yourself with your saxophone and go there and play for a bunch of famous judges, like Cannonball Adderley, Ron Carter and AJ Johnson. It's a pretty big thing for a guy who was not really into the jazz world quite yet."

He feels music is a universal thing because it's largely non-verbal – especially in the field of jazz.

"Of course there is vocalising in jazz," he says, "but when you listen to the music and its non-verbal and you're playing, you go more into your source, you reach the depth of who you are. I think jazz is, maybe, my deeper voice because we are all rebels. Jazz players say what they want to say. Jazz kind of frees me up when I'm playing."

Brought ot you by Standard Bank