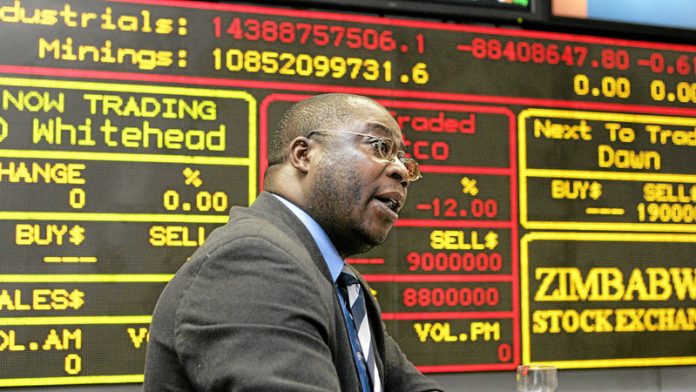 The reassurance follows panic withdrawals by depositors who wanted to secure their foreign currency.

This comes as the Zimbabwe Stock Exchange traded in the negative for the second day running. The mining index on Tuesday recorded the lowest level since February 2009 after dropping 2.66 points (4.09%) to close at 62.34 points.

Word doing the rounds among ordinary Zimbabweans is that President Robert Mugabe intends to bring back the Zimbabwean dollar as soon as he is inaugurated, hence the panic withdrawals.

"This statement serves to emphatically dismiss those rumours and to confirm that there are no plans whatsoever, within and outside the [Reserve] Bank, for the immediate or near-term introduction of new currency or re-introduction of the Zimbabwe dollar into our system,” said Gono in a statement on Tuesday.

"As late as last week, at a press conference, his excellency the president clarified this issue, for the umpteenth time, stating the same position as we are alluding to above and adding that 'when the time comes, we will be very cautious and gradual about it'."

Gono said Zimbabwe would continue using the multicurrency regime for the "foreseeable future".

He said when Zimbabwean currency is eventually introduced it will circulate alongside other existing currencies with people exercising their choice of currency to hold.

Hyperinflation
Gono said the multicurrency regime, introduced in January 2009 in reaction to hyperinflation which had eroded the value of the Zimbabwean dollar, was part of the country’s adaptive economic strategy and a pragmatic response to the challenges of the day, and could therefore not be easily wished away.

Zimbabwe adopted a cocktail of currencies that include the US dollar, British pound, South African rand and the Botswana pula to stem the runaway inflation that had hemorrhaged the economy.

"While the hyperinflation challenge is now a thing of the past, a number other deep-seated challenges which bedeviled the economy prior to 2009 are still with us, hence the need to stay the course," said Gono.

"Accordingly, market players and the banking community are urged to stop panicking and instead, get on with their boardroom strategies aimed at prospering their companies and selves in the wake of the new political realities which have been ushered in by the recently concluded harmonised elections."

Plunging index
Zimbabwe’s industrial index on Monday plunged 25.64 points to close at 205.57 points on the back of losses in heavyweight counters as uncertainty gripped the local bourse following dispute polls last week. Beverage giant Delta, according to Zimbabwe Stock Exchange figures, lost a hefty 30 cents to close at 120 cents; Innscor shed 15 cents to trade at 90 cents; and Econet dropped 10 cents to trade at 58 cents.

In Tuesday's trade, the industrial index lost a further 3.54 points to close at 202.03 points as losses were recorded across the board. PPC lost 10 cents to trade at 220 cents and MEIKLES shed 6 cents to close at 26 cents.

The Zimbabwe electoral Commission declared Mugabe the winner of the polls but MDC-T president Morgan Tsvangirai said the election a farce and said the results were “null and void”.

"The various political statements made have made players unsure what the position is and brought in turbulence. The market may settle on the back of provision of direction," said Chirume.