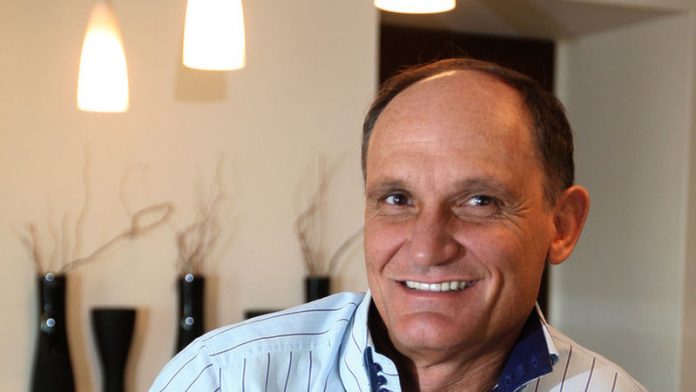 Former Vodacom chief executive Alan Knott-Craig testified in the South Gauteng High Court on Wednesday in the case being brought against the network by former employee about the invention of its Please Call Me service.

In Knott-Craig's biography, Second is Nothing, he wrote that he was standing on his balcony when he saw two security guards trying to communicate. One gave the other a missed call to get his attention.

According to his account, that was when the Please Call Me idea occurred to him and a few minutes later he was discussing its implementation with senior managers.

Knott-Craig is the main witness in a civil claim brought by former employee Nkosana Makete against Vodacom. He wants to be compensated for inventing and introducing the Please Call Me idea to his former boss.

The New Age newspaper reported that when Cedric Puckrin, counsel for Makete, questioned Knott-Craig about the invention, he denied taking credit for it.

"That is not how I read it. If anyone had told me about Makete, I would not have ignored it, I would have pursued it," said Knott-Craig.

But Puckrin showed the court an email sent to all Vodacom staff in March 2001 congratulating and thanking Makete for coming up with the concept.

Knott-Craig denied ever seeing the email and said that neither he nor Vodacom deny that Makete may have pitched the idea to them, but said that Makete is not entitled to compensation for the concept.

Left too late
On Monday, the court denied an attempt by Vodacom to have the case set aside, and it was expected to resume this week, Business Report said on Tuesday.

Makate claims he invented the Please Call Me service in 2000. He said his boss at the time, Philip Geissler, promised in an oral agreement to facilitate remuneration negotiations with the company.

Geissler submitted the idea and said he would negotiate remuneration between Makate and Vodacom once it was developed and the technical and commercial feasibility was ascertained, according to the report.

Makate wants the court to compel Vodacom to discuss a reasonable compensation. He first approached the South Gauteng High Court in 2008 after he sent letters of demand to Vodacom in 2007.

According to the report, Vodacom does not compensate employees for their ideas above normal remuneration.

The paper quoted Vodacom's counsel Fanie Cillers as saying that Makate did not act in time.

"The plaintiff acted upon such fraudulent representations by not vindicating his rights within a reasonable period and confirming that [then chief executive Alan Knott-Craig] was the innovator of 'Please Call Me'." – Sapa, additional reporting by Staff Reporter