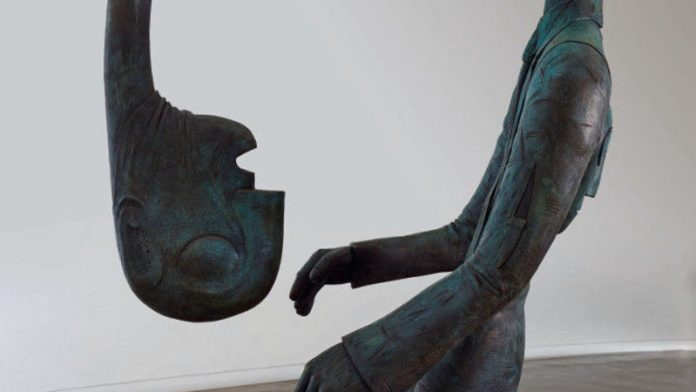 It was Quentin Tarantino’s 1992 gangster movie Reservoir Dogs that popularised the black suit in its decade so that every man could look like a tough guy.

It harkened back to the sharkskin suits worn by the Rat Pack of the early 1960s, that posse of irreverent crooners that included the laid-back Frank Sinatra, the drunken Dean Martin and the black Jew Sammy Davis, Jr.

Although the characters in Reservoir Dogs had names like Mr White, Mr Orange, Mr Pink and Mr Brown, the suits remained the same so that, in the movie, witnesses couldn’t tell them apart.

It ushered in a craze in which every Hollywood heart-throb came to wear a black suit with a white shirt and dark slim tie in public. They wore it to the Oscars, to the concert and to the Walk of Fame.

But previously hoodlums and gamblers, like the ones in the musical movie Guys and Dolls – played by Frank Sinatra, Marlon Brando and others – wore another kind of suit that predated the Rat Pack by half a decade. This was the colourful zoot suit with its higher waist and wider lapels.

In South Africa, under apartheid the suit had a mixed heritage. Afrikaner men of the special branch were stereotyped as men in dark suits. Politicians of all hues wore them. Preachers wore them. And black gangsters of the Sophiatown era wore zoot suits, emulating their counterparts overseas in Harlem, New York.

All of these make an appearance in the art of Norman Catherine. They’ve been doing so since the late 1980s. His cast of male characters is sleek to the point of clumsy and definitely dressed to kill.

There’s no doubt that, in his oeuvre, the suit is meant to represent all of the above – it means trouble, and the man in the suit is up to no good. But what he is really up to is the issue. That’s if one cares to go beyond what appears to be nothing more than artistic eye candy.

The title of Catherine’s latest show, currently on at Circa Gallery in Rosebank, is Incognito. The slim but tall, glossy catalogue written by Hazel Friedman (who also wrote the monograph on Catherine published by the Goodman Gallery in 2000) gives a clue to the name of the show.

The characters on display, Friedman writes, though similar to others of Catherine’s past, now harbour a “greater sombreness of vision”.

“Some wear masks, evoking again the dualities of appearance and reality, of disguise, of hiding beneath the fake surface, perhaps recalling the sinister forms of the 1970s and suggesting that all is not what it seems.”

I must say that I find it difficult to tell the difference between the earlier subjects and Catherine’s later works. If there is sombreness now, in comparison with his cartoonish works of the 1990s, then it is so slight that the difference is negligible.

A new arrival may be the Karoo-like setting, in which his suited males and half-animal males clad in human clothing are trapped in some horrible drama of the night.

In the painting Free Range, for example, a suited birdman confronts what appears to be a farm boy bathing in an outdoor water tank.

The context we have for understanding the rural threat is the farm murders, of which it is claimed 3 000 have taken place since the advent of democracy in 1994.

Then there is the Marikana shooting of mineworkers in 2012.

But Catherine’s solo, apparently white characters are definitely not on a wildcat strike.

We must generally assume that the painter and sculptor is terribly insecure in the South Africa of today. His work plays into the stereotype of the country as a crime haven where politicians are generally corrupt.

The centrepiece of the exhibition is the 3m-tall bronze titled Cogitator (meaning someone who ponders), a depiction of a man in a shredded suit hanging his head from an extended neck.

Is he hanging his head in shame, one wonders, or is he trying to get a good look at his crotch?

Either way, he is looking inward without a sense of what may exist outside of himself. His head is almost buried in the sand.

One hopes that this is not the position the artist finds himself in now.

Incognito is showing at the Circa Gallery, Jan Smuts Avenue, Rosebank until October 5.

A survey of Jackson Hlungwani’s practice presents a transcendental experience, even for non-believers
Read more
Friday

Artist Dada Khanyisa on responding to the opportunities that their practice offers them, by all means necessary
Read more
World

Trump's likeness has been ruthlessly disfigured by 'high' and 'low' artists alike, who have made no secret of their dislike of the president
Read more
Friday