Reflections on the 2013 Zimbabwe elections 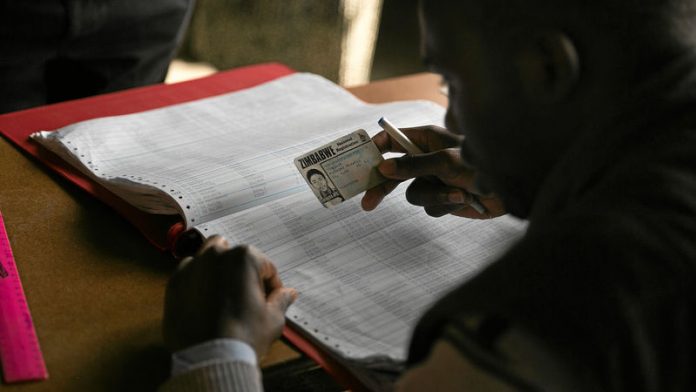 The conduct of Zimbabwe's elections last week is yet another illustration of how the post-colonial African state is inherently incapable of measuring up to the bourgeois democratic credentials upon which it has been modelled and against which it is also implicitly assessed.

This is why, more than in any other region of the world, the institution of the electoral "observer mission" has developed pari passu Africa's legacy of disappointing democratic transitions. Not to mention the accompanying set of criteria, invented by referees from contemporary Western societies and invariably applied to postcolonial Africa: whether an election has been "peaceful, free and fair"; and whether it has been "credible". The latter criterion is an acknowledgement, even by the Africans themselves, that the bar had to be lowered if any African election experience has to pass the test.

So, do we have to wait for another such farcical electoral ritual that we witnessed in Zimbabwe last week before Africans themselves begin to examine the underlying reasons for such failures and acknowledge the need to reform the contemporary African state? Can there be an alternative mode – better than this one, which reduces our societies to war zones each time an election is called?

That the Africans have reproduced their own versions of "observer missions" with the African Union, the Southern African Development Community (SADC) and the Common Market for Eastern and Southern Africa is hardly an improvement to celebrate. It constitutes a mere institutionalisation of failure, a glaring illustration that, throughout the continent, there is hardly any state or leader with the moral authority to judge or assess another's election.

Hence the inevitable and predictable blessing that has to greet every electoral ritual: today it is Zimbabwe; next month, it will be Swaziland.

The case of Zimbabwe stands out like a sore thumb only because of the country's uniqueness as a former white settler colonial state and the consequent disproportionate attention and interest of the West. But these are also the factors that have made Zimbabwe the theatre of a protracted transition and bloody struggles, from settler colonialism to national independence in 1980, and, in particular focus, over the past five of its electoral experiences in 2000, 2002, 2005, 2008 and 2013.

With the benefit of hindsight, it is not hard to see why all five elections were flawed in favour of incumbency, nor to highlight the extent to which the 2013 one in particular demonstrates the level of impunity, on the part of the state, in manipulating an outcome.

Institutionalised
The revelation, for example, that, like a number of other African states, Zimbabwe has reportedly engaged the services of infamous Israeli company Nikuv should awaken us to the reality that manipulation of the voters' roll and outright rigging have become institutionalised.

Only a brief reference to the political economy of elections will help to illustrate the point. First, the burden of incumbency, particularly in the context of declining and deteriorating political, economic and social conditions: this means that, in developing countries in particular, it is hard for the incumbent leader or regime to fare well in an electoral contest. And even in the best of bourgeois democracies, an incumbent and his or her regime either fails to secure a second term or does so with diminished returns at the polls.

For Zimbabwe, which has faced economic and political tribulations since 2000, it is hard to see how President Robert Mugabe or Zanu-PF could defy this fact.

Then there is the fraud, which is quite apart from the plethora of now well-known reasons why the conditions of a free, fair and credible election were not present before and during the electoral process. Compare, for example, the presidential votes of 2008 and 2013 in relation to the traditional Morgan Tsvangirai/Movement for Democratic Change (MDC-T) strongholds: an average increase of nearly 20% for Mugabe and a corresponding decline for Tsvangirai in Bulawayo, Harare, Manicaland and Masvingo; and a 12% swing in favour of Mugabe in Matabeleland North and Matabeleland South.

How, given the backdrop of the Gukurahundi atrocities, is this possible in these two provinces in particular? In general, how can an increase from the reported one of 43% in 2008 to 61% in 2013 be credible for Mugabe, even accepting that his rival will have lost some of his gloss over the past five years? And, likewise, the parliamentary seats that were almost even between the Zanu-PF and MDC in 2008 but, in 2013, a whopping two-thirds majority for Zanu-PF?

The state media was at pains to demonstrate a close correlation between the Freedom House Survey of 2012 and the 2013 election results. A flawed survey as it was, given its failure to apply even the basics of political economy, its authors, Freedom House, were this week anxious to distance themselves from Zimbabwe's election template, calling on SADC to condemn the election as "deeply flawed".

Freedom House said the fact that Tsvangirai won the same amount of votes in this election as he did in 2008, whereas Mugabe received a million more than he did in 2008, raises serious suspicions.

Militarised operation
The problems surrounding Zimbabwe's elections have to be understood less in the context of a contest between Zanu-PF and the MDC-T. Rather, they must be taken in the context of a state whose central actors hide behind diminished liberation credentials and a state that has become a function for itself, committed to self-preservation at any cost.

The persona of Robert Mugabe has therefore become an indispensable symbol – even victim – in the hands of a cartel of a small clique of securocrats and their civilian hangers-on.

The cartel has moved in quickly to fill the void through an elaborate militarised operation, overtaking and overwhelming an increasingly nominal Zimbabwe Electoral Commission (ZEC). The election result we have, engineered by this clique, is in effect  a coup that has legitimised itself through an election.

But it is not game over yet. First, the elections outcome still lacks legitimacy – notwithstanding what most observers predict as inevitable: that Tsvangirai's appeal to the Constitutional Court will be in vain. But the compelling evidence and data are already building up, not to mention an untidy pre-elections process on the basis of which the MDC-T might have been justified in withdrawing from the contest.

This is what will fortify and galvanise the growing condemnation of the electoral process and undermine not only the legitimacy of the new government but even the economy, which was already under serious strain in the run-up to the election.

Indeed, there is little to inspire confidence in such circumstances – how to replace technocrats such as Tendai Biti, Elton Mangoma, Welshman Ncube or Arthur Mutambara, who provided the edge in an otherwise dysfunctional administration; and how to retreat from the self-defeating rhetoric of indigenisation.

There is need for the region, the continent and the international community to remain engaged with Zimbabwe. Even as President Jacob Zuma sought, in vain obviously, to wash his hands of the Zimbabwe crisis, others, including Botswana and Tanzania, have no such illusions. Botswana has not been shy in calling for an independent audit of the vote. So, perhaps this heralds the possibility of another form of facilitation from the regional body a broader team such as the troika format as opposed to a single facilitator.

The international community has already said its bit on the latest elections in Zimbabwe. But this is not the occasion to disengage or return to the punitive campaigns of yesterday. On the contrary, the United States, Britain, the European Union and the Commonwealth should find common cause with SADC and work towards a new negotiation framework.

Obviously, much will depend on the dynamics at home in the weeks and months ahead. Mugabe and Zanu-PF will soon wake up to the realities that confront them in the form of another disputed election and thereby re-engage the MDC-T. Though it is almost a foregone conclusion that there will be no re-run, there could at least be a transitional programme that is similar to a government of national unity, but one premised on a requisite technocratisation of the Cabinet, the restoration of national institutions, an economic recovery programme, and the consolidation of the constitutional reform process, including the refinement of the electoral laws, reform of the ZEC and the cleansing of the voters' roll.

Dr Ibbo Mandaza is a Zimbabwean academic, author and publisher. He is the convener of the Policy Dialogue Forum at the Sapes Trust, a regional think-tank based in Harare. Email [email protected]