SAB in a froth over beer charges 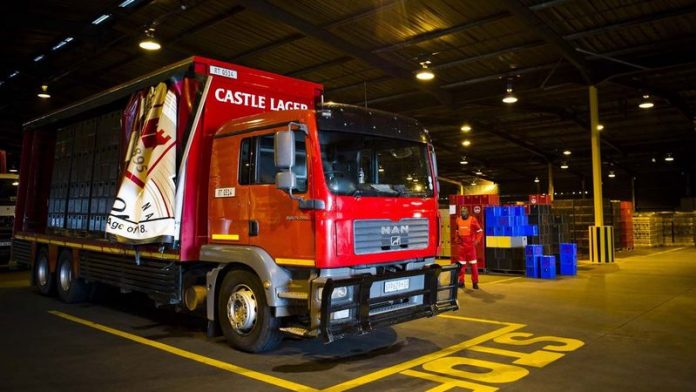 South African Breweries has warned that changes to its distribution system would have serious repercussions for the company, consumers and the country's gross domestic product, to which its beer sales contribute 3.3%.

This is according to its chairperson and managing director, Norman Adami, who was testifying before the Competition Tribunal this week.

Adami conceded in his statement that he did not support the decision taken in his absence to reduce the involvement of the smaller, and largely black, independent wholesalers and urban redistributors (one-stop liquor basket shops serving restaurants and bars) in favour of SAB-appointed wholesalers.

But Adami defended the com­pany's distribution system, which is currently under review, and warned that changes to it could have a serious impact on one of the darlings [and constant performers] of the JSE's Top 40.

SAB and Adami have warned that, should the tribunal rule that it has to scrap its territorial allocation and extend discounts to all distributors, it could opt to cancel its contracts with its 14 appointed distributors and set up its own depots.

The tribunal heard that SAB's 48 depots, which included the 14 appointed distributors, made up 46.8% of its revenue in 2011.

The listed beverage company is defending its dual distribution model before the tribunal in which its appointed distributors are given spatial monopolies and special discounts not enjoyed by independent licensed distributors.

Aggressive campaign
Adami, who had been president and chief executive of SABMiller South and Central American operations, was brought out of retirement in 2008 to assist SAB to develop a strategy to counter Brandhouse, which had just entered the market and, according to him, had an "aggressive" campaign.

Adami said that in 2008 he had raised his concerns with his management about the decision to "de-emphasise the IRDs [independent redistributors] and the URDs [urban redistributors]" – the result of a SAB programme called Project Enterprise – because he was concerned it created an opportunity for these distributors to be snapped up by Brandhouse. He set about reintroducing them into the system and creating incentives for them to sell SAB products.

Adami's admission gives credence to the initial complaint taken to the Competition Commission by Nico Pitsiladi, a director of the Big Daddy group, in 2004. He argued that independent distributors were being discriminated against in favour of SAB's appointed wholesalers.

Pitsiladi said SAB had divided the country into geographical areas and undertaken not to deliver to these areas, which put the squeeze on independent distributors.

It has also been alleged that the appointed wholesalers received discounts and benefited because they were able to buy larger amounts.

At the time of the period under review, SAB held an effective monopoly in the beer market, with no real competitor.

SAB argues that independent distributors were paid fees to deliver the products, largely beer, in this market, which is why they were not given discounts. Neither the geographical divisions nor the difference in price between areas has been disputed.

Contravention
Simon Roberts, the former chief economist for the commission, and Pieter Wessels,  a distribution services manager at SAB, testified that distributors were given exclusive territories and shielded from competition from the company's own depots.

The commission concluded from its inquiry that SAB was guilty of carving up the market, and that the arrangements SAB had with its appointed distributors were in contravention of the Competition Act.

Wessels argued in his testimony before the tribunal that the preferential treatment was in exchange for the investment by appointed distributors in land, buildings and vehicles.

He said the reason for giving the distribution function to the appointed distributors was to create points closer to the markets to make stock available in outlying areas and to improve response times.

Adami argued that, from his view, "SAB's distribution model is beneficial to consumers".

The SAB case has a long and turbulent history. It was delayed for several years after a successful application by the company to have it thrown out on the basis that the commission's case before the tribunal differed substantially from the original complaint.

In November 2012 the case was taken to the Competition Appeal Court, which ruled that the case could continue.

In 2011, the commission said it planned to pursue the case, which had been referred to the tribunal in 2007, and "had been subjected to "numerous procedural challenges since its commencement".

Appointed distributors
An exchange between David Unter­halter SC, acting on behalf of SAB, and Roberts shows the tension between the two sides: Unterhalter put it to Roberts that SAB might as well establish its own depots if asked to cancel contracts with appointed distributors – to which Roberts replied: "It could do that but then, of course, we would be looking at a case under abuse of dominance."

Adami told the tribunal this week that the SAB had approached the distribution model scientifically, "taking into account the reality of the market place in which it operates".

He supported the view put forward by SAB in statements that giving the same benefits to over 2500 independent liquor distributors as the appointed distributors would be expensive (an estimated R729-million additional expenditure by SAB).

"SAB is entitled to sell and deliver its products and brands in the most competitive and profitable means available to it. This is consistent with the underlying premise of a market economy," his statement to the tribunal said. "SAB's distribution practices are economically efficient and contribute substantially to consumer welfare and a broad interest in South Africa."

He said SAB was sensitive to ensuring the affordability of its products, keeping in mind the income discrepancies in the country and that SAB had been subsidising its transport to the rural, outlying areas to the tune of about R226-million annually – 45% of the overall transport costs to the outlying areas.

However, he said that areas far from the metro-based depots were paying more for liquor than areas close to the depots because of additional transportation costs.

The cost of transporting the beer was being added to the price.

Operating environment
However, Adami said, although he did not agree with Project Enter­prise, he did not believe that it was uncompetitive.

"The proposals put forward could not, in my view, have produced anti-competitive results because, as the facts show, Brandhouse has entered the market competitively and in no way experienced barriers to entry.

"In this regard, Brandhouse has, among other things, been able to use the existing independent distributor network very successfully to distribute its products to its great advantage."

The present operating environment of SAB, by Adami's own admission, differs from the environment experienced between 2004 and 2007 and has led to a loss of business for some independent distributors.

The commission found that independent distributors, most of whom run their own warehouses, are at a disadvantage in the beer market when it comes to pricing. They are forced to sell beer at the price they paid the depots or approved distributors, unless they buy in bulk, which many can not afford.

He said that, should it be found that SAB's distribution network was anticompetitive, SAB would look at either taking over the businesses and run them as SAB depots or, if not permitted to do so, set up its own depots.

"In short, the order sought by the commission would result in an untenable situation," he said.