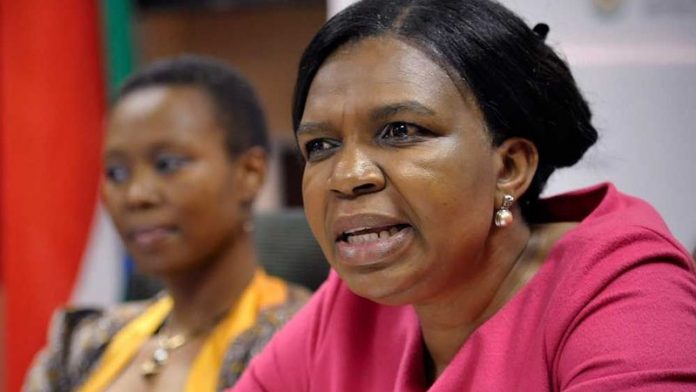 The veteran ANC MP who co-chairs the parliamentary ethics committee told the Mail & Guardian on Thursday: "I'm afraid there's quite a lot going on. I'm sitting in the car now with the two security people, life can be so exciting."

Turok said while a panel appointed by the joint committee on ethics and members interests was midway through the hearings into Pule's conduct, Parliament's security services received information of a threat to harm him and the committee registrar Fazela Mahomed, and to disrupt the proceedings of the hearing.

"A threat was received through a certain person, that they would try to stop the investigation and the report," said Turok.

He said certain witnesses were also threatened and some tried to change their evidence.

The threats were reported to the national VIP unit, and both Turok and Mahomed were provided with two security personnel each.

Turok said the matter was reported to the speaker of the national assembly Max Sisulu, Police Minister Nathi Mthethwa and to police commissioner Riah Phiyega because the protection services felt it was an attack on Parliament.

"To interfere with a process of Parliament is a dangerous matter, but it is being taken quite seriously in very high offices."

Threatened
Turok suspects that a person or people mentioned in the report had felt threatened and wanted to stop the report from being published.

"Well, they are late now. It's been table to Parliament and it is a public document now."

On Wednesday, Parliament's joint committee on ethics and members interests found Pule guilty of breaching the code of conduct for MPs and recommended maximum penalties allowed by the rules, which include a reprimand by the speaker of the National Assembly during a sitting of the House, a fine of an equivalent of 30 days' salary, a suspension of her privileges for 15 days and an exclusion from any parliamentary debates or committees during that period.

Turok told journalists that the committee would have given her more severe penalties but it was limited by the rules of Parliament.

Last month President Jacob Zuma dismissed Pule, who had been dogged by controversy for months over allegations of funnelling contracts and government resources to her boyfriend, Phosane Mngqibisa, during the controversial Information and Communication Technology Indaba.

"As a result of lengthy and detailed investigations, the panel found that Mr Mngqibisa was the de facto permanent companion or spouse to Pule," found a seven-member panel which was appointed by the ethics committee to investigate the matter.

"Through that relationship, he was able to obtain government funding for overseas trips and participate in official meetings despite having no formal department role in respect thereof.

"He was further able to obtain financial benefits for himself and his company Khemano as a result of his relationship with Pule," found the panel.

Misleading
The panel said Pule wilfully misled them and that several officials of the department may have committed perjury in their evidence and colluded with her.

The committee has recommended that the South African Police Service and the National Prosecuting Authority investigate the breach of the Powers and Privileges Act of Parliament, which lays down very severe penalties for lying.

The committee began investigating whether Pule breached a code of conduct for MPs following allegations in the media, and complaints by certain MPs.

The code of conduct for MPs prescribes that they must disclose to the registrar of the ethics committee particulars of all their "registrable" interests.

The code further requires the registrar to record details of all financial interest of an MP's spouse, dependent child or permanent companion to the extent that the member is aware of those financial interests.

Turok revealed that public funds spent on Mngqibisa's travels and hotel accommodation ran into thousands but it was up to the department to decide what to do with the money.

"There's a bigger amount of money involved, money paid to Khemano as a result of Khemano being a company led by Mngqibisa, which became a partner in the ICT indaba,

"Khemano was paid R6 million by the ICT Indaba and Mngqibisa himself gave evidence to the effect that he had received R600 000 as a kind of salary," said Turok.

He said because of the kind of influence that Mngqibisa was able to exercise as a result of his association with Pule, the matter went beyond the ICT Indaba and perhaps into other terrains which might have to be looked at.

What it takes to achieve a true revolution

What it takes to achieve a true revolution