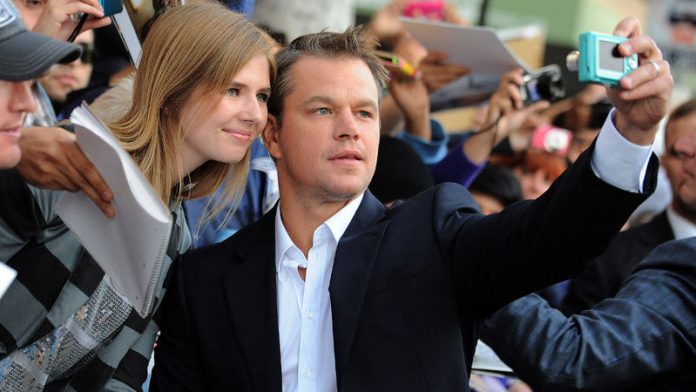 Elysium, the story of an elite space outpost locked in battle with poor invaders from Earth, grabbed $30.5-million in domestic ticket sales from Friday through Sunday, giving it the edge over Jennifer Aniston comedy We're the Millers, which took in $26.6-million.

Elysium portrays two worlds in the year 2154 – a diseased and overpopulated Earth and Elysium, a space station where the elite live far from the seething masses.

Damon stars as Max, a blue-collar worker with a criminal past who needs medicine from Elysium to survive. Jodie Foster plays the Elysium defence secretary bent on keeping Max and all other illegal immigrants out.

Planes, a spin-off of Walt Disney Co's Pixar franchise Cars, features the voice of Dane Cook as a crop duster with a fear of heights. The DisneyToons studio produced the movie and originally planned it as a direct-to-DVD release.

In We're the Millers, Aniston plays a stripper enlisted by a small-time pot dealer (Jason Sudeikis) to pose as his wife when he puts together a phony family to help him smuggle marijuana into the United States.

Percy Jackson: Sea of Monsters, a sequel to a 2010 release, is based on a series of books about a boy with special powers. In the new film, the boy, played by Logan Lerman, joins his friends on a quest for a golden fleece that will save their home.

Nasa and The Martian – a cosmic coincidence too good to be true?

Back to the (same old) future

Blomkamp’s Elysium has epic written all over it