Elon Musk’s Hyperloop: How will it work? 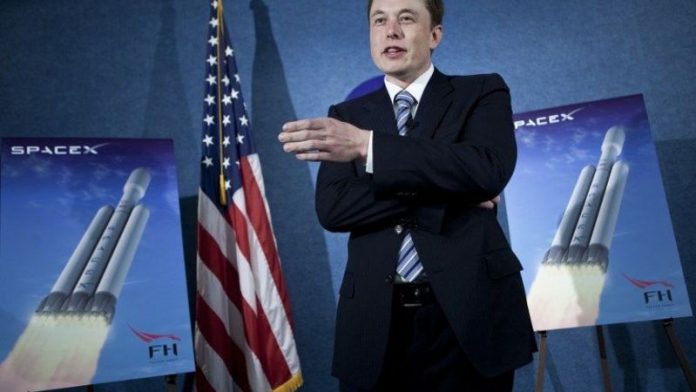 The Hyperloop has been mooted as a revolutionary form of transport, and in the year since South Africa-born entrepreneur and co-founder of PayPal Elon Musk first suggested it, people have been anxiously awaiting details.

On Monday evening, Musk put an end to the hypothesising about how it was physically possible to accelerate people-carrying pods in a tube at twice the speed of a commercial aircraft. The Hyperloop would enable people to travel between Los Angeles and San Francisco in half an hour, Musk had said. That is the equivalent of Johannesburg to Durban.

Disappointingly, the founder of space transportation company SpaceX and creator of the electric sport car, said he would not be building the Hyperloop, but says he will make the plans open source for others to take the project further.

Musk – who has two bachelors degrees in economics and physics – wrote on the company's website: "Short of figuring out real teleportation, which would of course be awesome – someone please do this – the only option for super fast travel is to build a tube over or under the ground that contains a special environment. This is where things get tricky."

It all starts with the pods – these look like bullets that are pointy at both ends, or seed pods. They are in a tube suspended fairly high above the ground.  People have spent months speculating about whether this tube would be a vacuum – with all the air removed – and how much energy this would take and where would it come from.

The issue is this: a vacuum would require enormous amounts of energy to maintain – and would send the pods flying through the tube at a very uncomfortable-to-humans speed – while if there was a lot of air between the pods, they would effectively be acting as syringes and would need energy to push this air around.

But Musk took a peculiar middle ground when he told the world on Monday that the tube would have neither no or normal air pressure, but would be under low-pressure conditions.

Solar powered
A small amount of air is still air, though – where will it go? Into air cushions under the pods via a little electric motor in the nose. Musk likens it to air hockey table, and these cushions, which would reduce the friction, would allow the capsule to move at speeds of about Mach 1.1, substantially more than a wheel-mounted pod could manage (just because they move at those speeds doesn't mean that they should or that they would).

Musk believes that the sun will be able to power these motors, as well as magnetic linear accelerators which would be located at stations along the tube line.

These would accelerate the pods linearly to subsonic speeds. Breaking the sound barrier is uncomfortable, so while you may want to transport people very quickly, you don't want to accelerate them to the speed of sound (about 344m/s). He notes: "By placing solar panels on top of the tube, the Hyperloop can generate far in excess of the energy needed to operate. This takes into account storing enough energy in battery packs to operate at night and for periods of extended cloudy weather."

The utopian idea results in this: on the approximately 600km stretch between Los Angeles and San Francisco, a capsule – each containing 28 people – will depart as often as every 30 seconds. In his technical specifications, Musk says 7.4-million people can be transported each way annually between the two cities, with a total project cost of under $6-billion.

The reality is: it looks good on paper. Physicists and commentators say it does not introduce any revolutionary or impossible ideas, but rather puts existing knowledge together in a different package. But if Musk won't drive the project, who will?

What to read more? Here is the full project explainer from Musk.