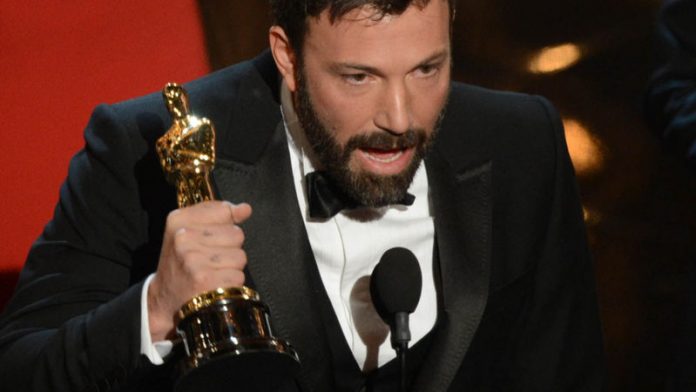 Argo director Ben Affleck may be one of Hollywood's leading liberals, but he could take the extra step and enter politics in the not too distant future.

That's the opinion of his wife, actor Jennifer Garner, who suggested Affleck's future career direction in a forthcoming interview in Allure magazine.

In a taster for the magazine's September issue, published on 20 August, Garner revealed to have said: "Right now [Ben] feels like he can do more good for people politically from outside the system … Would I be surprised if one day he did go into politics? No. But not now."

Affleck and Garner married in 2005 after the pair met making the superhero film Daredevil, shortly before Affleck revived his film career by turning to directing the thriller Gone Baby Gone.

Affleck has a strong record of political activism, having campaigned for Democratic presidential candidates Al Gore and John Kerry among others.

In 2010 he founded the Eastern Congo Initiative to provide help for the war-ravaged region of central Africa. However, when asked directly in 2009 if he had thoughts of a political career, Affleck replied: "I really like my job that I have now … in politics you have to have a lot of people to vote for you. I think it's harder work." – © Guardian News and Media 2013

Ben Affleck will play Batman in the 2015 sequel to this year's "Man of Steel", joining Michael Keaton and George Clooney as the masked hero.
Read more
World

A week of TED Talks ranging from animal necrophilia to fighting poverty has ended, and the inspiring talks are now spreading across the globe.
Read more
Friday

Actor-turned-filmmaker Ben Affleck won the top honour from his peers at the Directors Guild of America on Saturday for the movie Argo.
Read more
Friday

Iran's plan to make its own film to counter the "distorted" thriller "Argo" is fueling a debate about Hollywood and historical accuracy.
Read more
Friday

The hostage drama 'Argo', directed by Ben Affleck, and musical 'Les Miserables' have been the big winners at this year's Golden Globe awards.
Read more
Advertising