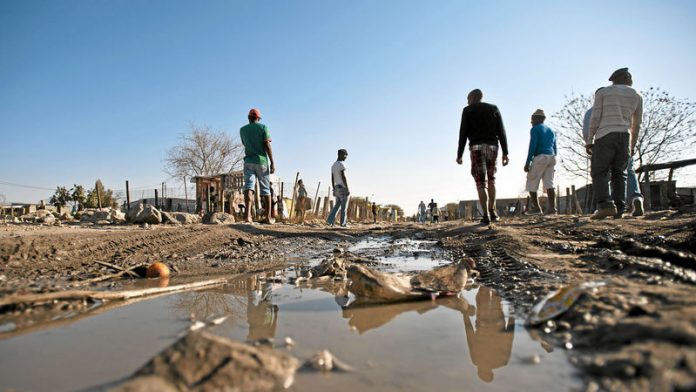 On Friday, the country will mark the anniversary of the Marikana massacre. Scenes of the police raining bullets on hundreds of strikers at Lonmin's mine Marikana in the world's richest platinum region north-west of Johannesburg brought back chilling memories of apartheid brutality.

What started as a wildcat strike degenerated into a bloodbath, initially leaving a trail of 12 bodies, including two police officers, in just a few days.

Thousands of hostile miners took to a rocky outcrop and kept a vigil, where six days into the work stoppage, police opened fire when they claimed they were overwhelmed.

They shot dead 34 workers in a few minutes.

The killing placed the Marikana tragedy on the same historic level as the 1976 Soweto and 1960 Sharpeville massacres, when black protesters rose against the white-minority government.

President Jacob Zuma quickly appointed a judicial inquiry into the killings, which was initially given four months to complete its probe.

But two extensions later, it is yet to give any findings and no-one has been prosecuted.

A series of problems have hit the Farlam commission of inquiry, putting its credibility under intense scrutiny.

One year on, tensions simmer among workers and their unions at the mines.

'Everybody's scared'
Africa's wealthiest economy has taken a battering with the rand falling 15% against the dollar and investors' confidence has been shaken.

As the country readies to commemorate the fateful day, fear stalks the Marikana community amid the violent labour conflict.

"Everybody's scared. You start talking, you start doing anything … you don't know what might happen," said Thandi Mateyisa, whose aunt, a union official, became the latest victim of the wave of killings on the platinum mining belt on Monday.

Another legacy of the Marikana tragedy has been the upset of power balance in the vital mining sector because Amcu displaced the largest labour movement, the NUM, at Lonmin.

The once-dominant union is the second-largest partner of Cosatu, the federation allied to the ANC.

"It ushered in a new era in which the cohesiveness of Cosatu as a key pillar of the ANC alliance suddenly became tested and strained," he said.

Authorities refuse to fund lawyers that represent wounded miners at the inquiry into the shooting, which has undermined faith in the government, according to political analyst Prince Mashele from the Centre for Politics and Research.

"It appears that the South African government does not care about those who lost their lives in Marikana, it only cares about defending itself," he said.

The ANC-led government was facing a credibility crisis, failing to glue together the so-called rainbow nation nearly two decades after the end of apartheid, Mashele added.

"All we see is not symphony, it's cacophony."

Elections on the horizon
With general elections due next year, it remains to be seen if the troubles in the mining sector will swing voters.

But one thing for sure is that the efficiency and profitability of the mining sector, which contributes roughly a fifth to the South African economy, is now in serious doubt.

Marikana "has made South Africa much more vulnerable to competition from other mining junctions around the world", according to Silke.

Zuma tasked his deputy Kgalema Motlanthe to lead a panel of ministers in talks with business and labour leaders.

The panel came up with a mining pact to ensure stability in July.

But arguably the most important party, Amcu, refused to sign the pact's deal after it was apparently repeatedly sidelined in earlier talks elsewhere.

"We still see the mining situation as coming to a head in the two years after the election," said Montalto.