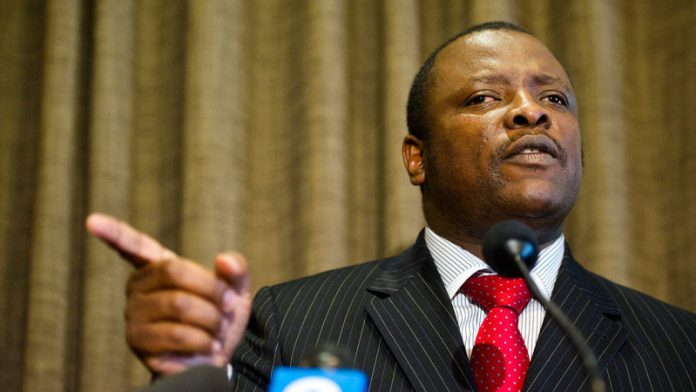 Bidders packed the sheriff's office in Centurion on Wednesday morning for the auction.

All seats in the auction room were occupied and many potential bidders were standing at the back as an auctioneer read out a lengthy list of terms and conditions.

According to media reports, Shabangu (39) had failed to keep up payments on the R320-million bond Nedbank granted him in January 2011.

Shabangu put the value of the building at R850-million. He bought it for R220-million and registered it in his company's name, Roux Property Fund, in January 2011.

Being sold in execution
The controversial businessperson entered into a 10-year lease with the public works department on the police's behalf in May 2010.

Public protector Thuli Madonsela found that former police commissioner Bheki Cele had unlawfully entered into negotiations for the lease for the building, and for another building in Durban, with Roux Property Fund.

President Jacob Zuma fired Cele from his post in June 2012.

According to the Sunday Independent, the Sanlam Middestad building had been empty ever since the lease was cancelled.

Nedbank's Tabby Tsengiwe confirmed the building was being sold in execution of a high court judgment. – Sapa

The Land Bank is trying to recoup an R82m loan from government officials and property mogul Roux Shabangu for a bungled development in the North West.
Read more
National

A former business partner of Roux Shabangu has obtained a court order preventing the property tycoon from threatening, assaulting or contacting him.
Read more
National

Cabinet's view on embattled police chief Bheki Cele's conduct should be taken into account, the inquiry into his fitness to hold office has heard.
Read more
National

Controversial property mogul Roux Shabangu has refused to testify before the board of inquiry investigating misconduct allegations against Bheki Cele.
Read more
Advertising