SADC toasts to Mugabe, calls for an end to Zimbabwe sanctions 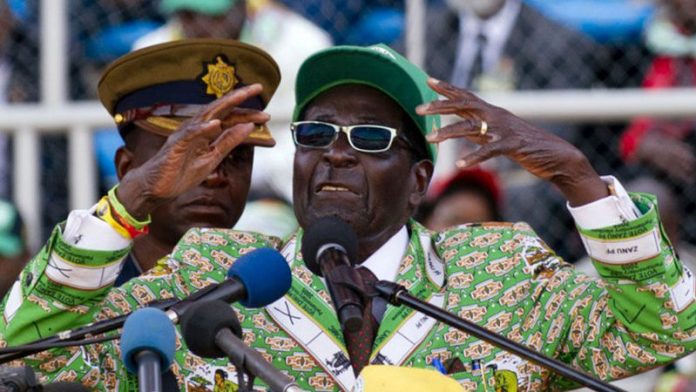 Wrapping up its annual summit, the 15-nation Southern African Development Community (SADC) on Sunday called for "the lifting of all forms of sanctions hitherto imposed on Zimbabwe", levelled against the veteran president and blacklisted firms and individuals.

The SADC also "noted with satisfaction the holding of free and peaceful" elections and congratulated Mugabe and his Zanu-PF party for their overwhelming win in the July 31 vote.

In a further display of confidence in the 89-year old, the leaders appointed Mugabe the deputy chairperson of the group and voted that Zimbabwe will host the next SADC summit in July next year.

Mugabe's main rival, opposition leader Morgan Tsvangirai, has cried foul over the election, which he says was rigged.

He lodged an electoral petition with the courts, but withdrew it a week later claiming he would not get a fair hearing.

Mugabe, Africa's oldest leader, first took the reins of a newly independent Zimbabwe in 1980 as prime minister. He became president following a constitutional amendment in 1987.

Zimbabwean pro-democracy activists who travelled to Malawi for the summit deplored SADC's endorsement of the vote.

The bloc "failed" Zimbabweans and set a "wrong precedent for democratic elections", said Thabani Nyoni, a spokesperson for the Crisis in Zimbabwe Coalition, which represents 70 rights groups.

"It kills people's hopes to change things through an electoral process," he said.

The activists are now calling for the creation of an SADC electoral tribunal to help "promote electoral democracy in the region through internationally accepted standards of fair and credible elections", Nyoni said.

A 600-strong SADC observer mission judged Zimbabwe's vote free and peaceful, but has not yet commented on its fairness.

'Fair and credible' elections
Banda told reporters the bloc was still waiting for final reports from its observers and from the African Union before it can declare the election "fair and credible".

Botswana, the only country in the region to call the vote into question, had vowed to lobby the summit for an audit of the election.

But President Ian Khama held talks with Mugabe on the fringes of the summit, and decided he would stand guided by SADC's ultimate decision, sources close to the talks said.

The two-day summit also discussed the political stand-off on the Indian Ocean island of Madagascar and the conflict in the eastern Democratic Republic of Congo.

Madagascar's suspension
Madagascar has been suspended from SADC since strongman Andry Rajoelina toppled Marc Ravalomanana in 2009.

The bloc hailed a "bold" decision by Madagascar's new electoral authorities taken on Saturday to bar Rajoelina and other disputed contenders from running for president.

That move paves the way for elections which have been stalled since July by the dispute.

On the Democratic Republic of Congo, the summit resolved to call for an "urgent" international conference on the troubled Great Lakes region.

A quarter-million people have fled their homes in the region since last year when the M23 rebel group took up arms against government troops in the mineral-rich but chronically unstable east of the country. – AFP