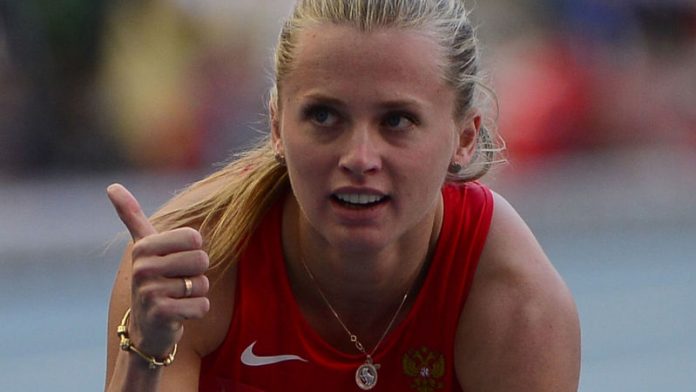 Russian gold medallist Kseniya Ryzhova from the Moscow World Athletics Championships on Tuesday said she was insulted by media claims that she had kissed a fellow woman athlete, Yulia Gushchina, on the lips in defiance of Russia's new law against gay "propaganda".

Ryzhova and Gushchina, members of Russia's victorious 4×400 women's relay team that provided one of the great moments of the championships, kissed each other on the podium after receiving their gold medals.

Some activists saw the kiss as a brazen show of defiance in support of gays and lesbians and against President Vladimir Putin after the championships were shadowed throughout by controversy over the law.

But Ryzhova on Tuesday insisted that she was married and made clear she was none too happy that people suspected that she and Gushchina might be more than just good friends.

"Yesterday, I was telephoned 20 times by various publications and instead of congratulating me they decided to insult me with these questions," she fumed, quoted by the ITAR-TASS news agency.

"Myself and Yulia are both married and we are not having any kind of relationship," she added, saying the two were very good friends after having trained together for eight years.

Controversy was intensified
"It was a storm of emotions [after winning]. And if at that moment we touched lips … I don't know in whose fantasy this all gets thought up.

"This insults not just us but our trainers," she added.

The law, which outlaws the dissemination of homosexual "propaganda" to minors, was signed by Putin in June and has prompted calls for a boycott of the 2014 Winter Olympics in Sochi.

The controversy was intensified at the World Championships which wrapped up Sunday when gold medal-winning star Russian pole vaulter Yelena Isinbayeva backed the law and said "we just live with boys with women, women with boys".

She later said she may have been misunderstood. – AFP