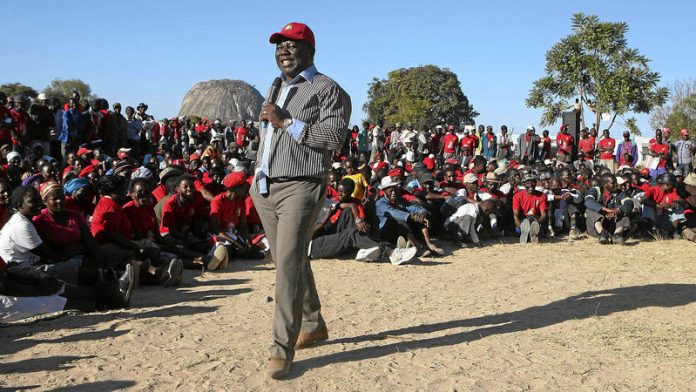 "Expecting Tsvangirai to attend the inauguration is like expecting a victim of robbery to attend a party hosted by the robber," said Tsvangirai's spokesperson Luke Tamborinyoka.

"He can't attend a robber's party."

Thursday has been declared a public holiday to allow people to attend Mugabe's swearing-in, which will be held in a 60 000-seat sports stadium on the outskirts of the capital, Harare.

It promises to be more high-profile than in previous years, a show of power designed to confer legitimacy amid persistent allegations of electoral fraud.

The ceremony had been delayed after Tsvangirai challenged the election results in a petition to the Constitutional Court.

On Tuesday, the Constitutional Court cleared the way for the inauguration after ruling that the elections last month were "free, fair and credible".

The ceremony's organisers said around 40 heads of state have been invited to the event.

'A massive fraud'
Thousands of Mugabe's supporters are expected to troop in from across the country.

Zimbabwe's electoral commission declared Mugabe the winner with 61% of the ballot, against his main rival Tsvangirai's 34%.

The elections ended a shaky power-sharing government formed by Mugabe and Tsvangirai four years ago to avoid a tip into conflict following a bloody presidential run-off election.

Tsvangirai condemned the election as "a farce" and "a massive fraud, demanding a forensic audit of the election results.

Among other complaints, Tsvangirai queried the unusually high number of voters who were turned away from urban areas which are considered strongholds of his party.

He also complained that rural supporters of his party were ordered by Mugabe party youth to feign illiteracy and vote in the presence of police and electoral officers. – AFP