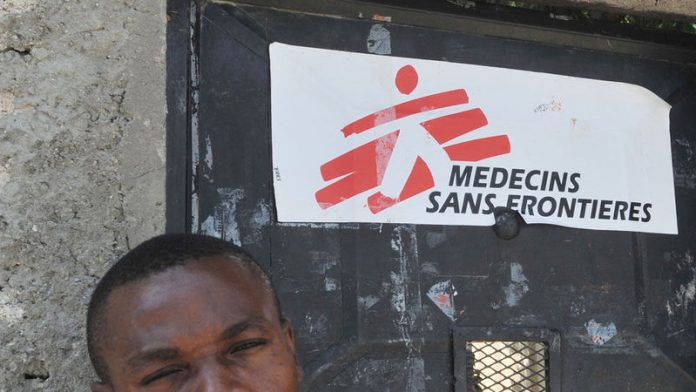 The withdrawal of medical charity Médecins Sans Frontières (MSF), or Doctors Without Borders, is a blow to government efforts to persuade Somalis and foreign donors that security is improving and a stubborn Islamist insurgency is on the wane.

"The closure of our activities is a direct result of extreme attacks on our staff, in an environment where armed groups and civilian leaders increasingly support, tolerate or condone the killing, assaulting and abducting of humanitarian aid workers," MSF international president Unni Karunakara told reporters in the Kenyan capital, Nairobi.

Sixteen MSF staff members have been killed in Somalia since 1991, when civil war erupted. But the charity stayed on, negotiating with militant groups and resorting to hiring armed guards, something it does not do in any other country.

"But we have reached our limit," Karunakara said, fighting back tears.

Al Qaeda-linked al Shabaab militants raided an MSF hospital in southern Somalia within hours of the announcement, forcing patients out before ransacking it.

"They have ordered the patients in the hospital out and … taken computers, hospital beds and other valuable equipment," said Ibrahim Mohamed Adan, district commissioner of the town of Diinsoor in southern Somalia's Bay region.

Staff pulled out of Somalia
MSF's departure will deprive hundreds of thousands of Somalis of medical help, said Karunakara. MSF treated about 300 000 Somalis in the first half of 2013.

Dozens of foreign MSF staff have pulled out of Somalia in recent weeks, the charity said, while about 1 500 local doctors, nurses and assistants will now be jobless.

There was no immediate comment from the Somali government, which is struggling to pull the nation out of two decades of conflict and is unable to provide basic public services, including health and education.

The coronavirus outbreak has left millions at the mercy of the country’s warring factions, which will not stop fighting, despite an escalating humanitarian emergency
Read more
Advertising
Continue to the category
Education