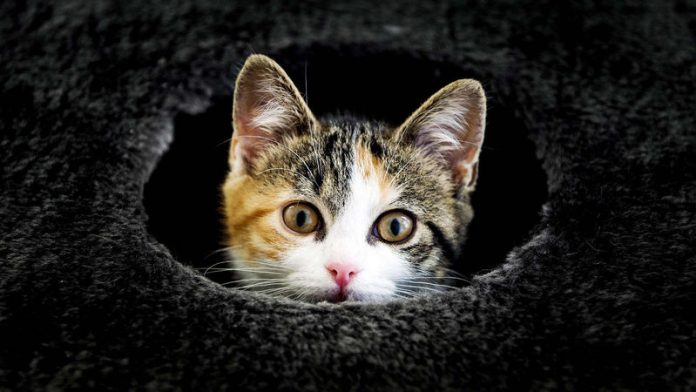 Some of my friends prefer dogs to cats, but then nobody’s perfect. Cats don’t bark incessantly. You don’t find the smeared remains of cat droppings all over pavements and parks. Cats don’t bite children’s faces off. At least domestic cats don’t — if you keep a tiger at home, you probably shouldn’t invite toddlers over.

Cats have inspired better literature. I know of no dog-based poetry to rival Christopher Smart’s sublime verses on his cat Jeoffry. And while dogs are desperate to be human, cats are perfectly happy being cats. Why wouldn’t they be? They have the widest hearing range of nearly any mammal: not only can they perceive sound in what we egotistically define as the “ultrasonic” range (so named just because humans can’t hear it), they can also appreciate all the bass Dr Dre can throw at them.

They can swivel their whiskers forwards while hunting to provide a kind of short-range radar. And they can see exceptionally well in the dark thanks to a reflective surface behind the retina that bounces light back, giving it a second chance to hit a photoreceptor. They see more distinct images per second than we do (so fluorescent lights and TVs look flickery to them).

Cats even have an extra olfactory organ to enhance their already superb sense of smell. The shortest book review I ever wrote was of a book entitled Do Cats Have ESP? My review, in its entirety, read: “No.” But what they can perceive with their existing senses is impressive enough.

The Feline Enigma
Dog partisans will appeal to the dog’s allegedly superior intelligence, but if that was the criterion for choosing a pet, one would see a lot more crows and squid on leads around town. In fact, cats are cleverer than is assumed, as biologist and animal-behaviour expert John Bradshaw shows in his book Cat Sense: The Feline Enigma Revealed.

Bradshaw mixes pellets of cat lore with accounts of feline evolution, anatomy, genetics and development, plus descriptions of cat psychology experiments in the laboratory, many of which he has conducted himself.

Some of the most interesting parts indicate holes in our scientific knowledge. “Many mother cats try to move their litters at least once before they wean them,” he observes, “but science has yet to find out why.”

No one knows why cats go crazy for catnip, nor why they are able “to classify shapes according to whether they are closed or open”.

Kittens “may also use special movements of their tails to signal playfulness, but so far no scientist has been able to decode these”. As far as potential research projects go, decoding the tail language of playing kittens must be about the cutest unsolved problem in science today.

Cats are not social animals
The cat is an apparently phlegmatic beast, with a reputation for Zen detachment, but Bradshaw says cats experience strong emotions (and might suffer in silence). They aren’t very sociable, and cats housed with others who weren’t litter mates, perhaps by well-meaning owners who think they need company, can become chronically stressed.

Bradshaw suggests we could reverse the counterproductive selection pressure we now exert on the domestic cat when we neuter house cats before they reproduce. This means that the “friendliest, most docile” cats are prevented from reproducing, whereas feral cats, which are more suspicious of humans and better at hunting, will leave more offspring. Unintentionally, we are causing cats to evolve into animals we won’t like as much.

Bradshaw has helpful tips for cat owners, and the book is packed with excellent cat facts. Why, you might have wondered, do cats get stuck up trees? Because all their claws face forwards, so none can be used as brakes on the descent.

We all know how good cats are at twisting mid-air to land on their feet, but they have an even more impressive trick: some cats adopt a “parachute” position during a long fall, with all four legs stuck out to the side, before coming back to the landing position at the last moment. This cat-parachute pose, Bradshaw calculates, “limits the falling speed to a maximum of 53 miles an hour [85kmh]”, enabling some cats to fall from high-rise buildings and walk away nonchalantly. I’d like to see a dog try that. — Guardian News & Media

Steven Poole is the author of You Aren’t What You Eat: Fed Up with Gastroculture and Trigger Happy: Videogames and the Entertainment Revolution.