Alchemists of the ordinary 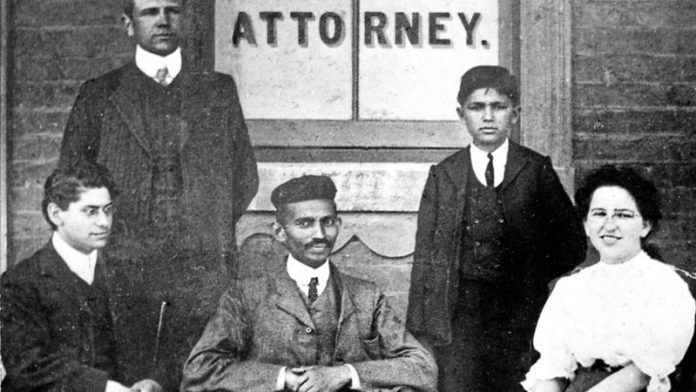 THE HIDDEN HISTORY OF SOUTH AFRICA'S BOOK AND READING

Two compelling academic works of recent years – both by South Africa-born scholars, both published by Harvard University Press – are concerned with slowness: as idea, challenge and method.

In the first, Rob Nixon's Slow Violence and the Environmentalism of the Poor (2011), it refers to the invisible, unspectacular processes of environmental degradation and climate change: those "disasters that are anonymous and star nobody".

How, he asks, have writers from the developing world tried to bring into conceptual focus those "calamities that patiently dispense their devastation while remaining outside our flickering attention spans" – and outside the frame of a spectacle-driven corporate media?

In the second, Gandhi's Printing Press: Experiments in Slow Reading, Isabel Hofmeyr asks similar questions about activism, political tactics and global media flows, but in a very different context: the colonised Indian Ocean world of a century ago.

Training close attention on just one of the "experiments with truth" that made up the life of Mohandas K Gandhi, her book gives a detailed treatment of his time as proprietor of a printing operation, first in Durban and then at the Phoenix ashram outside it.

Tracking the work of the International Printing Press and Gandhi's establishing of the periodical Indian Opinion in 1903, it explores a more utopian idea of slowness.

Here this comes to figure the kind of meditative and deep reading that Gandhi and his followers attempted to inculcate as a prelude to effective political action: a reading at the pace of the human body; a resistance to the industrialised tempos of modernity.

In the era of Deepwater Horizon, WikiLeaks and the Arab Spring, Nixon asks about the possibilities of digital activism when the electronic screen has itself become "an ecosystem of interruption technologies".

Working with hand-operated presses, dealing with shortages of type, addressing the challenge of offering a printing service in no less than 10 languages (English, Gujarati, Tamil, Hindi, Urdu, Hebrew, Marathi, Sanskrit, isiZulu and Dutch) – all of these practical matters concerning the making of texts, Hofmeyr shows, came to have a decisive effect on Gandhi's prose and political persona.

"I cannot recall a word in those articles set down without thought or deliberation," Gandhi recalled in his autobiography, "or a word of conscious exaggeration, or anything merely to please."

The experience of running the journal (at times an enormous financial burden for him) became a vital lesson in condensation, distillation and self-restraint.

Like some careful aggregator-cum-curator of an earlier world wide web, Gandhi and his team sifted the enormous amount of information passing through the networks of high empire, creating "one of the great intellectual archives of the world".

"Plaited and cross-hatched" from a variety of imperial, diasporic and religious geographies, a typical issue of Indian Opinion might contain weekly almanacs of Christian, Hindi, Muslim and Parsi calendars; excerpts from Alexander Pushkin, Alexandre Dumas and WEB du Bois under the title The Coloured Man in Art and Letters; court reports from the Transvaal on "Mahomedan Wives"; an assessment, The Position of British Indians in the Dominion; articles on the Jewish family and the Pietermaritzburg Hindu Young Men's association; and book pages ranging from Ralph Waldo Emerson and Edmund Burke to Omar Khayyam, Olive Schreiner and the anarchist Peter Kropotkin.

In the dialogue between cultural multiplicity and singleness of political purpose conducted in the pages of Indian Opinion, Gandhi refines ideas of self-rule from a place where he had to endure the insult of white settler nationalism, while also pondering who could be Indian outside of India. Satyagraha, he remarked, "would probably have been impossible" without this printing venture and its lessons.

Social justice
And so what seems to be "an apparent footnote to a titanic career" is revealed as a formative experiment in how to distil a grounded and concentrated language of social justice.

Hofmeyr's characteristic historicist, even new historicist, attention to resonant detail, anecdote and the everyday finds an ideal subject in the workings of Phoenix, a community inspired by Gandhi's ecstatic reading of John Ruskin's Unto This Last while on a train from Johannesburg to Durban.

His nephew, Chhaganlal, recalled that a typical day might involve bookkeeping, compositing, translation, editing, gardening and bush clearing. And cleaning the toilets, as a scene from Richard Attenborough's biopic reminds us. The Mahatma's wife Kasturba is angry when asked to "rake and cover the latrine" – "That is the work of untouchables!" she protests, before submitting to his saintly charm.

Spaces like Phoenix and Tolstoy Farm in which thinkers concerned with social justice do their own dirty work – this alone seems to preserve the radical charge of Gandhi's "ethical experiments" in a contemporary South Africa.

Yet, at the same time, we are shown the limits of the Gandhian vision: that his generous vision of a greater Indian Ocean world was never extended to Africans.

Although his views were to change later, the question of civilisation and who belonged to it still marks the horizon of Gandhi's political thought and imaginative sympathy.

We are given an image of this in the way that Phoenix had very little to do with John Dube's Ohlange Institute, located just next door.

The simultaneous proximity and distance of these two remarkable communities – "admiring each other's projects from afar but deprecating each other's 'people"' – seems ripe for a historical novel along the lines of TC Boyle, a writer who has always been drawn to communes and experiments in alternative living.

All of the above is a reminder that the most important intellectual labour in South Africa has often happened outside academies and formal institutions.

Struggle memoirs
This is an insight extended into many other spaces by Archie Dick's The Hidden History of South Africa's Book and Reading Cultures.

Literacy in the Cape Slave lodge in the 18th century; books for the troops in World War II; reading patterns among political exiles in Tanzania; Charles Dickens among student activists in 1970s Soweto; "the Bible in solitary confinement" – all of these are meticulously reconstructed from archival sources, interviews and a careful combing of struggle memoirs.

Hidden History is both more and less ambitious than Hofmeyr's work. More so because of the wide range of case studies that it considers: paragraph by paragraph we are taken into a startling array of different contexts (one anti-apartheid reading group in 1980s Cape Town, we learn, would meet to discuss banned books in the caves of Devil's Peak).

Less so because it is hesitant to move from the empirical data into any larger theory. It offers itself simply as a portrait of non-elite, "common" or "ordinary" readers in Southern Africa – even though most of its subjects are in one sense anything but ordinary.

Slaves, political prisoners and exiles were all reading under duress, and often having to work with whatever was to hand.

Some wry comedy surrounds these case studies. At the library of the Solomon Mahlangu Freedom College in Tanzania, Marxist-Leninist pamphlets were recommended by the political educators, but borrowing histories show that magazines such as Drum, Ebony, Playboy and Beano were far more popular.

In a fascinating chapter on reading in prison, we hear about the attempts of warders in Pretoria Central to be librarians.

Over time the books could not be traced because most were filed under "T" because so many titles started with "The".

Further processing
There was little improvement by the 1970s. The library catalogue, for example, listed The Tempest as science fiction, and Romeo and Juliet appeared as "author anonymous".

In Dick's wide-angle survey, each of these emerge as rich caches of data that might still require further processing.

Hofmeyr's book-length focus on a single case study allows her to move beyond the flatly descriptive paradigm that can attend both book history and Indian Ocean studies.

In the latter, amid the breathless enumeration of various "transnational" linkages and "south-south" connections, to use the current buzz­words, it is sometimes difficult to

see what the theoretical yield is, or how such lingo differs from the neo-liberal language of, say, The Economist.

Gandhi's Printing Press, however, closes with a strong argument about the information economy, copyright and intellectual property.

Noting that the first edition of Gandhi's Hind Swaraj (Home Rule) bears the words "No Rights Reserved" – and that this first incarnation of one of the most consequential books in world history cannot be located in any major library – Hofmeyr makes a case for Gandhi as a free-trade pioneer, "copy-left" activist and proto-Wikipedian.

The "open-source" model of the 21st century, she argues, represents a turn southwards toward ideas of literary circulation that have for a long time been normative in the world beyond Euro-America: a "textually demotic condition" that cannot be policed by previous structures.

Metabolising enormous amounts
"Everything appears to be sinking back into the lower empire of periodicals where – if we turn to Gandhi – it has always been."

At the same time, the book evolves a provocative theory of how one might read less, more slowly, and less instrumentally, "slowing down the headlong rush of the industrial machine to the pace of the human body, pausing the addictive tempos of market-driven life and creating small zones of independence outside the realm of the nation state".

What seems like a minor episode about a printing press outside Durban widens out into a consideration of "slowness as a politics that is emerging across a number of domains: slow food, slow cities, slow schooling, slow sex".

Finally, it seems that Hofmeyr's ability to metabolise enormous amounts of data owes much to her skills as a writer.

In this sense, she has absorbed something of the Gandhian ethos, writing a prose that is unaffected by jargon or complexity at the level of the sentence, and yet is at the same time bringing into being the most richly textured and unexpected cultural history.

I finished the book with the unusual feeling of having been nourished by an academic work. Throughout, we are reminded of the material, workaday dimensions of Gandhi's message – that a man who went on to lead the greatest anti-colonial struggle in history was (to use a word that recurs as both so desirable and so impossible in South African cultural history) "ever an alchemist of the ordinary'.

Hedley Twidle teaches English at the University of Cape Town. Archie Dick and Isabel Hofmeyr, together with Bronwyn Law-Viljoen of Fourthwall Books, will be on the panel No Longer at Ease – Books as Agents of Insurrection, chaired by Corina van der Spoel, on August31, from 2.30pm to 4pm in the Barney Simon Theatre

Davids is turning back on black

M&G LitFest: ‘The only job in which one cannot lie is poetry’