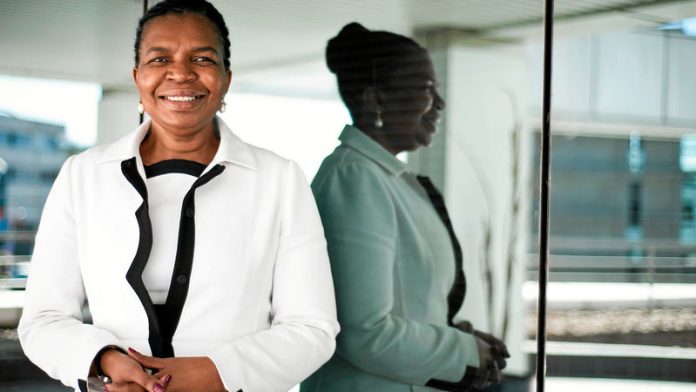 The day before disgraced former communications minister Dina Pule was reprimanded and apologised to Parliament, the men who brought her to book were taken to task by their ANC counterparts for the way in which they handled the matter.

Three ANC MPs told the Mail & Guardian that Turok had been grilled on two occasions since releasing the findings on Pule earlier this month, firstly at a meeting of the ANC whips on August 14 and again on Monday, the day before he presented his report to Parliament.

The MPs questioned the airing of Pule’s personal affairs in the report as well as the presentation of the findings to the media before they were presented to the party and Parliament. They also questioned the recommendation that the case be referred to law enforcement agencies.

On August 7, Turok and Mashile told journalists the allegations against Pule related to the nondisclosure of the financial interests of her boyfriend, Phosane Mngqibisa, who benefited from several privileges during his association with Pule, including gaining financial, material and business benefits.

Pule has been dogged by allegations of funnelling contracts worth millions and government resources to Mngqibisa, primarily during the Information and Communication Technology Indaba last year.

“Pule did not declare her association with Mngqibisa as she was obligated to do in terms of the code of conduct,” said Mashile.

“As a result of lengthy and detailed investigations, the panel found that Mr Mngqibisa was the de facto permanent companion or spouse to Pule,” found a seven-member panel, which was appointed by the ethics committee to investigate the matter.

“Through that relationship, he was able to obtain government funding for overseas trips and participate in official meetings despite having no formal department role in respect thereof.

“He was further able to obtain financial benefits for himself and his company, Khemano, as a result of his relationship with Pule,” the panel found.

Code of conduct patriarchal
But ANC MPs have a different take on the matter.

They believe that limitations — both cultural and patriarchal — are placed on unmarried women about publicly declaring their love interest.

Sources say MPs were asking whether the code of conduct for MPs, the rules of Parliament and the Ministerial Handbook were sensitive to all cultures and perhaps patriarchal in their nature.

“That’s why you saw sympathy towards Dina on Tuesday,” said one MP, explaining why some of her colleagues sympathised with Pule.

Unfair treatment
Sources claim that the chief whip of the National Council of Provinces, Nosipho Ntwanambi, who is also the deputy president of the ANC Women’s League, allegedly led the attack in the August 14 meeting, asking why Pule had been treated differently from ANC MP Yolanda Botha.

The ethics committee disciplined Botha, who disregarded tender procedures while she was head of the social development department in the Northern Cape, and signed lease agreements that benefited a company called Trifecta Investment Holdings. In return, Trifecta apparently made renovations worth about R1.2-million to her house.

The committee found that the benefits Botha received “accrued from an improper or generally corrupt relationship” with Trifecta and handed her the maximum penalty of a reprimand and a fine of 30 days’ salary.

The ethics committee initially proposed that aspects of Botha’s conduct be referred to the police, the Public Service Commission and the South African Revenue Service, but the ANC interfered and forced the committee to change its recommendations so that the matter was not referred to law enforcement agencies.

Ntwanambi also allegedly asked about the public airing of Pule’s personal affairs and the referral of the case to law enforcement agencies.