Distinguished women in the life sciences 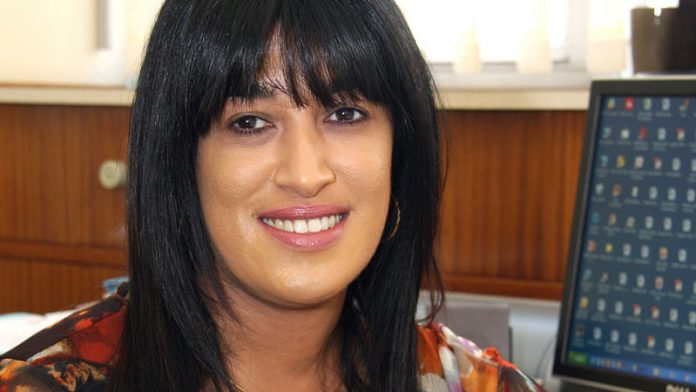 Professor Soraya Seedat is professor of psychiatry and executive head of the department of psychiatry at the faculty of medicine and health sciences, Stellenbosch University.

She has held the department of science and technology and National Research Foundation’s South African research chair in post-traumatic stress disorder (PTSD) since 2008.

She qualified as a medical doctor at the University of KwaZulu-Natal and completed her specialist training in psychiatry at Stellenbosch University.

Through the research chair, she developed a multifaceted, collaborative research and postgraduate training programme of excellence in PTSD, which brings together basic and clinical neuroscience to further understand the aetiology and pathophysiology of this disorder.

She has extensive research experience assessing and treating anxiety disorders, with a special interest in clinical and translational work in childhood and adult PTSD.

She received several awards, including a World Federation of the Society of Biological Psychiatry -fellowship, a Lundbeck Institute fellowship in psychiatry, a Medical Research Council mid-career award, a research fellowship from the University of California, San Diego, an Anxiety Disorders Association of America career development travel award and the Humboldt research award in memory of Neville Alexander.

She co-authored more than 220 peer-reviewed journal articles and book chapters. She is editor-in-chief of the Journal of Child and Adolescent Mental Health and serves on the editorial board of the African Journal of Psychiatry, PLoS One (an open-access peer-reviewed scientific journal published by the Public Library of Science) and Aids Research and Treatment. Seedat is a National Research Foundation B2-rated scientist.

Her group’s research interest is the genetic improvement of the nutritional -quality of staple crops in Africa, as well as more productive crop varieties to ensure food security.

She and her group have done extensive research on the protein quality of maize, cassava and wheat; the beta carotene content in sweet potatoes, maize and cassava; and the bread-making quality of wheat. She actively collaborates with partners in Kenya, Malawi, Zimbabwe, Colombia and the Swedish University of Agricultural Sciences. Her students have released a number of new varieties of cassava and maize in African countries, leading to an increase in food quality and production.

She received the African Union Kwame Nkrumah award for life and earth sciences in 2011, the National Agriculturalist of the Year award in 2008, and the National Science and Technology Forum award for research capacity development over the last five to 10 years, also in 2008.

Second runner-up: Professor Lynn Morris
Professor Lynn Morris completed her undergraduate degrees at the University of the Witwatersrand and received her PhD in 1998 from the University of Oxford, UK. From 1988 to 1992 she was a postdoctoral fellow at the Walter and Eliza Hall Institute of Medical Research in Australia before returning to South Africa.

Morris is chief specialist scientist and head of the HIV virology laboratory of the centre for HIV and sexually transmitted infections of the National Institute for Communicable Diseases in Johannesburg. She holds a joint position as research professor at the University of the Witwatersrand.

For the past 20 years, Morris has been involved in researching the virological and immunological aspects of South African HIV-1 subtype C strains, which has made significan-t contributions to our understanding of how the antibody response to HIV develops.

This includes the genetic and phenotypic characterisation of HIV strains, as well as measuring neutralising antibodies in infected people.

This latter area of interest developed as a result of her sabbatical at the Aaron Diamond Aids Research Centre in New York in 1997, where she examined B-cell function in HIV infection before and after antiretroviral treatment.

HIV vaccine development is now a major focus of her research and she is responsible for performing neutralising antibody assays on human clinical trials conducted in South Africa.

Her laboratory performs end-point assays for HIV vaccine trials through the HIV Vaccine Trials Network and the centre for vaccine discovery of the Bill and Melinda Gates Foundation.

Morris is a member of the executive committee of the centre for the Aids programme of research in South Africa (Caprisa) and was elected to the Academy of Science of South Africa in 2005.

In 2010 she was appointed a member of the board of the South African Medical Research Council and in January 2011 to the Journal of Virology editorial board.

She has a broad understanding of the HIV vaccine field, and was closely involved in the annual international Aids Vaccine conferences and the Keystone Symposia on HIV vaccines.

She currently super-vises one -master’s and five PhD students. She -published more than 150 papers in peer-reviewed journals with a current h-index (citations) of 43.