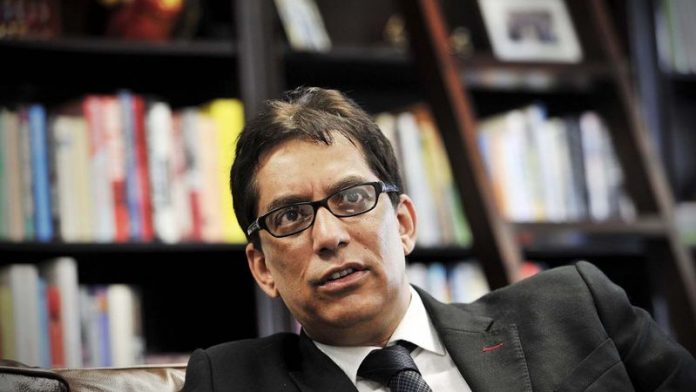 This was after he was asked about the structure of his consortium buying the Independent group.

The large stake held by South African and Chinese state entities and the make-up of the rest of Survé's consortium have raised questions about media independence.

Approached with questions about these concerns this week, Survé reacted angrily. "No. First go and ask [Mail & Guar­dian owner Trevor Ncube] if he is funded in Washington; if the entity that funds him is linked to the CIA [the United States Central Intelligence Agency] or to a fund that's got an indirect link to the CIA," he said.

Survé claimed to have "high-level" and "factual" information to substantiate the allegation.

"I want to give it to independent journalists to also publish. If you don't publish it, somebody's going to publish it, I can assure you of that, because you started it."

Secrecy jurisdiction
Core concerns about the takeover of the Independent group include the extent to which both the Chinese and South African governments might be able to influence the company. It is understood that the Chinese consortium and the PIC will be loaning money to the Independent group and Sekunjalo, but the size of these loans, and whether they will be convertible to a larger future shareholding remains a mystery.

The Chinese investment is to be housed in a company registered in Mauritius, a tax haven and business secrecy jurisdiction.

When the Competition Commis­sion conditionally approved Sekunjalo's bid last month, it said, "two Chinese investors have filed a transaction to acquire a controlling 20% stake in [the Independent group]".

At the time, deputy commissioner Trudi Makhaya said "control" was defined by the Competition Act in that the Chinese investors would be able to "materially influence the policy" of the Independent group.

But Survé said previous M&G articles referring to Chinese "control" were "bullshit", a word he used 13 times in eight minutes.

He said: "The Chinese consortium does not have control." But he refused to discuss this in detail.

The commission later revealed that the Chinese investors were the state-owned China-Africa Development Fund and China International Television Corporation.

Editorial interference
The development fund was established by former Chinese President Hu Jintao in 2007 with funding from the China Development Bank. It is understood to be investing more than $400-million in a handful of South African projects. The fund has not responded to questions.

The website of a China Inter­national Television Corporation subsidiary describes the company's goal as "putting in an effort to implement the 16th National People's congress's (the Chinese Parliament) requirements for developing the cultural industry, and earnestly representing the orientation of advanced culture". It could not be reached for comment.

The PIC owns large stakes in two other major South African media groups. In its approval, the Competition Commission included the condition that the PIC should institute a system of "Chinese walls" to prevent anti-competitive information flows between the news groups should the PIC gain control over the Independent group.

But the commission did not raise issues of editorial interference as this does not fall under competition law.

In the past, the PIC, as an activist shareholder, has pressured companies to influence issues around empowerment. It has not responded to questions.

The Sekunjalo consortium, as detailed in a June statement by Survé, is dominated by a list of politically connected players.

Maria could not be traced, but a company director search for Ngcobo suggests she has held business interests with various members of the Zuma family, notably sons Edward and Mxolisi – who could not be reached – and with Zuma benefactor Vivian Reddy and KwaZulu-Natal Premier Zweli Mkhize.

Mkhize and Reddy said their respective co-directorships were now defunct. They denied any knowledge of the Independent buyout.

Survé said the media would be invited to a press conference shortly, where: "We'll give you information that we want to give you."

Craig McKune: The Competition Commission says that the Chinese consortium …
Iqbal Survé: I’m not replying to any of your questions. Why don’t you ask [Mail & Guardian owner] Trevor Ncube where he gets his money from, who in Washington?

I agree. Nevertheless my immediate concern, right now, is to deal with the newsworthy story, which is the current transaction …
No come on Craig. Craig, Craig, you write absolute bullshit, come on. You speculate. You talk bullshit. Absolute bullshit. All the time.

In what sense?
Your story is completely incorrect. All the facts are wrong.

To an extent there is a lot of speculation, because you won’t answer any questions.
It’s a private company. Why should I answer to you or anyone else? Why don’t you ask Trevor the same questions? Because someone’s going to ask him those questions, by the way, soon enough, I can assure you. There has been speculation that the M&G is funded by a Washington fund which is linked to the CIA. All I’m saying to you is stop writing bullshit.

The Competition Commission said …
They did not say that. The Chinese consortium does not have control. That’s like writing fiction. That’s rubbish. In fact we could sue you for defamation, by the way.

Can we discuss that [the Competition Commission statement] further?
No. First go and ask Trevor if he is funded in Washington, if the entity that funds him is linked to the CIA or to a fund that’s got an indirect link to the CIA. Email me Trevor’s response, ’cause I want to give it to independent journalists to also publish, because I’ve also got other information, and mine is not speculative, or nonsense, mine is based on high-level sources with factual information. If you don’t publish it, somebody’s going to …

Mail & Guardian owner Trevor Ncube this week dismissed alleged Central Intelligence Agency links to him and the newspaper: "I have been funded by Zimbabwean and South African banks in addition to my own resources. I have no foreign links and I have never received money from the CIA."

He said M&G Media is 10% owned by the New York-based Media Development Investment Fund, which is a 39% shareholder in his Alpha Media Holdings, the owner of four Zimbabwean papers.

"I am not aware of any links between the CIA and the fund, and doubt any exist," Ncube said.

"As a former journalist I am alive to the importance of proprietors staying clear of editorial issues. I guard the editorial independence of our journalists jealously."