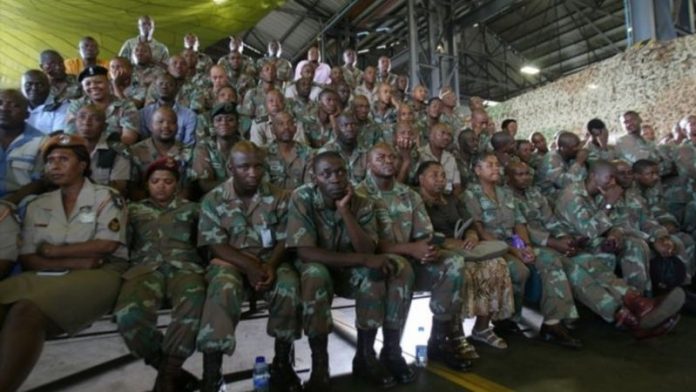 According to a statement from the presidency, the deployment forms part of South Africa's international obligations to the United Nations.

The soldiers will participate in the UN Organisation Stabilisation Mission in the DRC (Monusco) as part of the Force Intervention Brigade flowing from the mandate as reflected in the United Nations Security Council Resolution 2098.

"Our soldiers are doing exceptionally well in the continent. We congratulate them and assure them of the support of their compatriots as they continue to contribute to the building of a better Africa, as a force for peace. We are very proud of them and their contribution to African renewal and development," said Zuma.

Previous deployments of SANDF soldiers have been dogged by controversy when 13 South African soldiers Zuma deployed to Central African Republic (CAR) were killed by rebels that took power there.

The soldiers were killed while attempting to block the Seleka rebel group from reaching CAR's capital, Bangui. Another 27 South African soldiers were wounded.

Zuma defended the 2012 CAR deployment saying South Africa and the Central African Republic signed a military cooperation agreement in 2007, which was renewed for a further five years in December 2012.

"That agreement was to provide the Central African Republic's army with an array of military training, from infantry, artillery and Special Forces training to logistics and driving courses, as well as 'refurbishment' of military infrastructure in Bouar and Bangui," Zuma said in a statement at the time.

South Africa's military has also supported disarmament, demobilisation and reintegration (DDR) programmes, and it assisted in CAR's 2011 elections, he said.

The employment was also part of our efforts to contribute towards peace and stability in the region, Zuma added.