Vavi breaks silence to hit back at critics 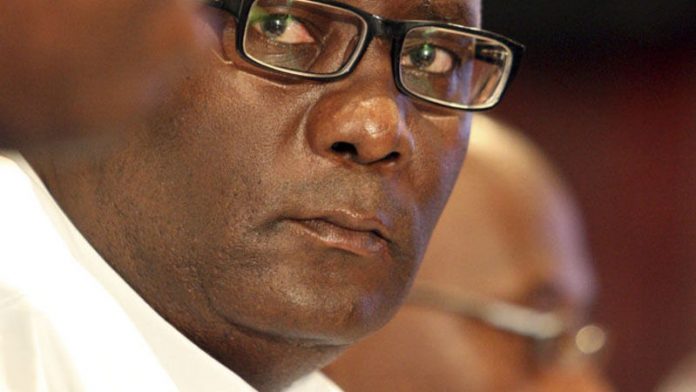 Suspended Congress of South African Trade Unions (Cosatu) general secretary Zwelinzima Vavi has been beset by a barrage of criticism in past weeks.

A rape accusation – which later turned out to be an extramarital affair – that led to his subsequent suspension, assertions of financial mismanagement and claims of being the subject of a political plot have seen Vavi placed in the hotseat.

Vavi hosted a press conference earlier this month where he dealt with his enemies and went silent for the next week. But he now seems to be back in action and again responded to critics on Twitter.

He kicked off by announcing that he was in Johnnesburg "to fix things with family".

I am back in JOBURG after a week break to fix things with family. I am running around whole day – may miss derby even on tv

Vavi then turned his attention to unnamed critics.

Concept of taking responsibility for both the advances and setbacks of the revolution ideally is politically very sound. However…

Earlier this week, while addressing the Police and Prisons Civil Rights Union (Popcru), ANC secretary general Gwede Mantashe touched on the problems facing Cosatu, saying the federation needed to focus on its principles.

"Once you close your eyes to those fundamental principles you are going to see the battles that are running now. Those battles are a function of many things."

Mantashe said one of those things was the development of personalities in Cosatu. "When you begin to worship individuals then you are going to kill the thing [Cosatu]."

Cosatu has been divided following allegations of rape against Vavi and his subsequent suspension.

Mantashe said Cosatu needed to appreciate the fundamental principles and focus on its responsibility to workers.

"You gave power to general secretaries and killed worker control," he said. "Once you do that, you tamper with the content and nature of the trade [union] movement."

Vavi struck out at the ANC on issues including e-tolls which he has rallied against and the "Guptarisarion of the economy".

He also addressed an unnamed member of the ANC, saying they should not focus on his one single mistake.

in ur book 2 be ANC is to tolerate corruption? To be enemy is to fight etolls and demand public transport system, pro poor policies, etc?