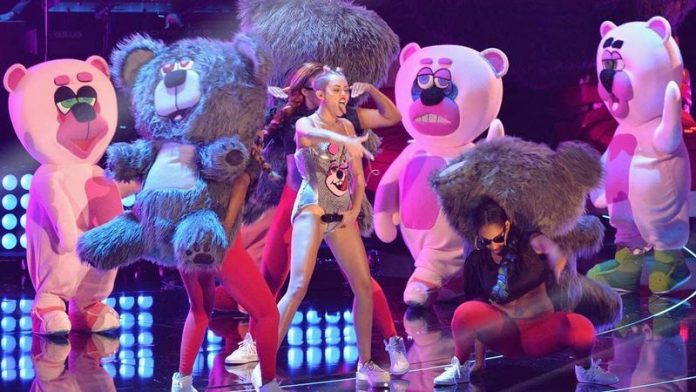 Justin Timberlake won big on Sunday at MTV's annual Video Music Awards (VMA), taking home the top prize for video of the year for Mirrors and a special achievement honour, and also led a much-anticipated onstage reunion of the boy band 'N Sync.

But even top VMA nominees had been overshadowed in recent days by the rumoured 'N Sync reunion, their first performance since 2002, which took place in the midst of Timberlake's lengthy medley of hits ahead of his accepting the Michael Jackson Video Vanguard Award.

As the star wound down his solo performance, the band's other members rose up through the stage and slowly turned to face the audience, spotlights shining from above. The 'N Sync members then performed another extended medley of hits.

"I don't deserve this award," Timberlake (32) said after TV talk show host Jimmy Fallon presented it to him. "But I'm not going to give it back."

He noted that half of the many VMAs he had won were "with these four guys right here", referring to 'N Sync singers JC Chasez, Lance Bass, Joey Fatone and Chris Kirkpatrick.

"I'm going to share this award with them," Timberlake said.

Kanye's performance
Lady Gaga opened the live broadcast with a splashy rendition of her new single Applause, appearing in a series of outfits ranging from a riff on a nun's habit, with pearls, to a seashell-and-string bikini.

Gaga marked her comeback after hip surgery earlier this year, but the act lacked the shock value of past VMA shows when she was drenched in blood or sported a dress made of raw meat.

Other performance highlights of the evening broadcast from Brooklyn's Barclays Centre included Miley Cyrus backed by a lineup of dancers outfitted as giant teddy bears as she sang We Can't Stop. She was then joined by Robin Thicke as the pair led into a duet of Good Girl.

Kanye West, who at the 2009 VMAs notoriously snatched the microphone from Taylor Swift as she accepted her award, sang Blood On The Leaves in theatrical fashion as he was lit in dramatic silhouette.

This year, when Swift won best female video for I Knew You Were Trouble, West left her alone.

"I want to thank the fans," Swift said, adding "I tweeted about this a lot, I really really wanted this and thank you so much for doing this for me."

She then cheekily thanked the inspiration for the song, about love gone wrong, saying: "He knows who he is."

Political notes and honours for indie music
​Macklemore, who won for best hip-hop video along with partner Ryan Lewis for Can't Hold Us, said: "They let some independent hip-hop artists up here at the VMAs." The video, which featured Ray Dalton, won over top hip-hop performers such as Drake and Kendrick Lamar.

Later he injected a rare political note while accepting the prize for best video with a social message, for Same Love.

"I really wanted to win the best rap video, but this … stands for a lot more," Macklemore said, calling the pro-gay song "the most important record" he had ever written.

"Gay rights are human rights, there is no separation," he added as the crowd cheered its approval.

One Direction won another award this year, the fan-voted song of the summer, for Best Song Ever.

New categories
​Other winners, some of who were announced during a pre-show ahead of the live broadcast, included Thirty Seconds to Mars's Up In the Air, which won best rock video, and Pink featuring Nate Ruess's Just Give Me a Reason, for best collaboration.

Timberlake's videos picked up two other honours, with Suit & Tie winning best direction and Mirrors taking the editing prize. Timberlake and Macklemore & Ryan Lewis had led the nominations with six each.