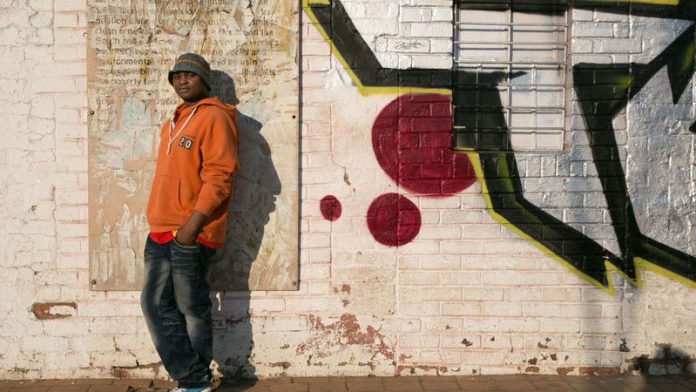 Whatever weaknesses inhibit Way Back Home, the latest novel by Niq Mhlongo, they are tempered by this being the first novel I have read by a South African of his generation (he was born in 1973) that tries to deal with the legacy of exile.

This novel follows his debut, Dog Eat Dog, and After Tears. It features a bunch of actors from what is known, in an Orwellian phrase, as "The Movement". They have graduated from being guerillas in Angola and Tanzania to black economic empowerment fat cats and government bureaucrats.

The central character, Kimathi Fezile Tito, is named partly after the Mau Mau guerilla leader Dedan Kimathi, the terror of the British. Tito’s exile identity is comrade Pilate but, unlike that Roman prefect famous for his indecision, Tito is an impulsive and decisive man never far removed from scandal, blood and betrayal. Born in Tanzania to a South African father and a Tanzanian mother, "Kimathi [is] a real son of exile".

Exile is important to how South Africa views itself. "I was in exile" goes the refrain from people who were in countries as varied as Angola and the United Kingdom. Yet exile is spoken of in the same hallowed tone so that you would think there was one country in which all these people fleeing oppression were quarantined. I guess it’s a state of mind, an existential state of being that affected people who were running away from the same terror even though they ended up in different destinations. Many of the battles in the ANC over the past two decades could be summed up as a clash of the exiles and "inziles".

The book is also inspired by the myth, or urban legend, of a ghost named Vera that terrorised, in Mhlongo’s words, "males" in Soweto. The story, reported by Can Themba in the legendary Drum magazine, was about a woman who had been raped and then killed. But she never really "left" for the afterlife. So, suspended in that void between this world and the "after-world", Vera meted out her "revenge" on lusty men.

The ghost of Vera
In Mhlongo’s story, the ghost of Vera reappears as a woman guerilla called Senami, who left South Africa for Angola. Although the South African narrative is interrupted every other chapter or so by flashbacks to a guerilla training camp in Angola, that is merely a backdrop. The camps as depicted in the book are brutal; dissident guerillas buried alive, camp commanders running things like autocrats and bartering provisions for marijuana. You sometimes wonder whether this culture didn’t come back with those who returned. I am thinking here of the many deaths–military-style assassinations–of ANC members in the past few years.

Almost all of the action is set in South Africa where, to use a phrase from Frantz Fanon, the "national bourgeoisie of the underdeveloped country" is feeding off the state’s largesse. As you would expect where competing factions want to jostle each other at the trough, there is blood and scandal, death and betrayal and much, much more in this fast-paced tale set in Johannesburg.

The Jo’burg of Mhlongo’s imagination is not the fabled city of lights but something resembling a dog-eat-dog frontier city, which, in many ways, it is. In this concrete and tar wasteland, outlaws and misfits, thugs and cops attempt to outdo each other. But there is something else fascinating going on that Mhlongo brings  to the tale–the idea of the mystical, which is an intrinsic part of the story, not just an adornment.

So, Tito starts seeing a woman who appears to him as a prostitute, a woman stranded on the road–and in other ways. Instead of dealing with Tito’s schizophrenia by using the so-called Western gaze, Mhlongo turns towards an African cosmology to wade through the problem. On one of these occasions the apparition asks for a lift to Soweto. Seemingly precocious for a person who appears to be in her early 20s, she rails against politicians whose conversations are only about their wealth. "Our democracy has only taught them to speak in huge figures and about the property they own."

They agree to have a date. When Tito drives to her house a few days later to pick her up he meets her parents, who tell him that she disappeared decades ago and is presumed dead. They have just given her a symbolic burial, overseen by a powerful sangoma.

Senami’s bedroom is like a shrine to her memory and a testament to the bewitching promise of freedom. It is adorned with pictures of Congolese martyr Patrice Lumumba, icon Nelson Mandela, Pan Africanist hero Robert Sobukwe and the restless theorist Steve Biko, whose relevance increases with each passing year. This mishmash of idols shows something of the confusion of youth and the search for a political identity.

Mhlongo's work and the mystical

At this point I should invoke Gordon Chavunduka, a Zimbabwean professor of sociology and a sangoma, who died earlier this year. He was always trying to shine his lamp on that spot where tradition and modernity meet. He wanted what was dismissed by some as gibberish and mindless superstition granted proper thought and to be viewed through the prism of logic. Instructive is the hypothetical story I remember him telling about a man who dies suddenly in his sleep. A pathologist would probably trace the abrupt death to a cardiac arrest, but Chavunduka’s task as a sangoma would be to find the spiritual cause of death. A witch or sangoma might have assumed the form of the man’s long-dead mother and suddenly woken him from his slumber. Of course, one would be shocked at seeing your dead mother and probably die of a heart attack.

Mhlongo’s work seriously attempts to tackle the centrality of the mystical in our lives. Over a drink in Newtown, in inner-city Johannesburg, he explained that "what I was trying to show was that, maybe, we should combine the two, the Western and the African. It was through the Truth and Reconciliation Commission that South Africa tried to heal. Perhaps that was not enough. People aren’t healed. We might have exhausted the Western way of healing but we haven’t exhausted the African way."

Mhlongo says his work is about the confluence of binaries: "The past and the present; the living and the dead; the spirit world and that of the living; apartheid and post-apartheid; South Africa and the rest of Africa; the haves and the have-nots; the suburbs and the townships."

The story is quite gripping, always developing, always moving, always engaging, always shuffling, but the writing itself is disappointing. Some of the language is stranded between "bureaucratese" and "comradese". (Don’t ask me the difference. Could it be because Mhlongo’s day job is classifying films at the Film and Publication Board? Given the scandal around the movie Of Good Report, banned and then unbanned, some critics say this is the apartheid-era censorship board reincarnated.)

Back to Way Back Home: Tito, while trying to mollify Zanu (not the party up north but his six-year-old daughter who misses her father), says: "At the moment the bureaucratic wheels are still turning slowly for daddy, but soon it will be OK." Who speaks to their young daughter like this? Or which man drives on Oxford Road saying to himself that he "needed a sexual encounter as a matter of urgency"? (Oxford Road, by the way, is the Johannesburg  street where prostitutes sell their wares and where Kimathi got an erection "every time he drove along it".)

Sometimes it feels as though the author has waded into the dialogue patterns of his characters so much that he doesn’t know how to disengage and resume his authorial voice.

And the ghoulish ambience that runs through the book never hits us with sufficient force. Perhaps it’s what theorist Fredric Jameson gestures at when he writes of the "necessary failure of language, which will never coincide with its objects". For how on earth do you deploy language that matches the terror induced by a ghost?

The blurb to Way Back Home declares it as the book in which "Mhlongo comes of age". This is his third book, he will be 40 this year, so what exactly could that mean?  Read this important book, because perhaps the blurb writer has a point after all.

Niq Mhlongo will be at the M&G Literary Festival on Saturday August 31, in Session 4, from 2.30 to 4 pm in the Main Theatre. "It is only the story [that] can continue beyond the war and the warrior" will be chaired by Imraan Coovadia, with the panel made up of Mhlongo and fellow novelists Nthikeng Mohlele, Mtutuzeli Nyoka and Mongane ?Wally Serote. Details and bookings: mg.co.za/litfest

Artists must strive to reimagine ways of portraying and inhabiting ikasi

History begins in her stories