Wave of attacks kills at least 30 in Baghdad 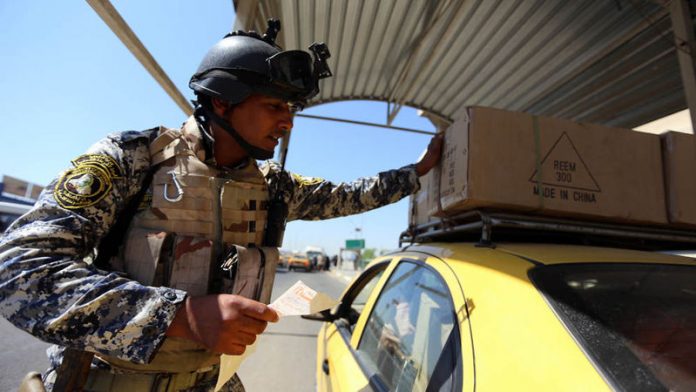 The blasts on Wednesday came despite widely publicised operations carried out by security forces targeting militants in the capital and to the north and west, though the government has faced criticism that it is not dealing with the root causes of Iraq's worst violence since 2008.

The rise in unrest since the beginning of the year, with more than 3 700 people killed in 2013, has sparked concerns the country is teetering on the edge of a return to the brutal all-out sectarian war that plagued it in 2006 and 2007.

At least 11 explosions – most of them car bombs – went off across the city in predominantly Shi'ite neighbourhoods of the capital, as well as a confessionally mixed town just to the south of Baghdad, killing at least 30 people and wounding dozens of others, security and medical officials said.

The deadliest attack struck in the Jisr al-Diyala neighbourhood of south-east Baghdad, with at least seven people killed and 21 others wounded, police and a hospital source said.

But blasts also went off in other major Shi'ite neighbourhoods including Kadhimiyah and Sadr City.

The officials gave varying tolls, which is common in the chaotic aftermath of bombings in Baghdad, and the number of casualties appeared to be increasingly rapidly.

No group immediately claimed responsibility for the attacks, but Sunni militants linked to al-Qaeda frequently carry out such co-ordinated attacks targeting Shi'ite Muslims, whom they regard as apostates.

On August 6, at least eight car bombs and several roadside bombs killed 31 people, while 47 people died in a spate of explosions and gun attacks in the capital on August 10.

Iraq has seen a marked rise in the level of violence since the beginning of the year, coinciding with demonstrations by the country's Sunni Arab minority against alleged ill treatment at the hands of the Shi'ite-led government and security forces.

Though diplomats and analysts have urged broad-reaching moves to tackle Sunni frustrations, which they say give militant groups room to recruit and carry out attacks, Prime Minister Nuri al-Maliki has vowed to press on with an anti-militant campaign led by security forces.

In addition to major security problems, the government has also failed to provide adequate basic services such as electricity and clean water, and corruption is widespread.

And political squabbling has paralysed the government, which has passed almost no major legislation in years. – AFP

US condemns Baghdad attackers as ‘enemies of Islam’