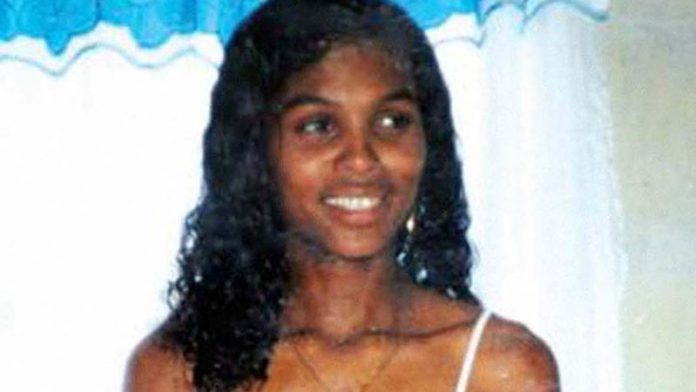 The state witness who put notorious Hard Livings gang leader Rashied ­Staggie behind bars after she testified 10 years ago against the men who had gang-raped her, was last month ruthlessly gunned down in Manenberg on the Cape Flats.

Chantelle Knight (30) was shot five times, with one of the bullets fired at close range hitting her in the head.  She has been in hospital on life-support in a “serious but stable condition” since the shooting, according to police spokesperson Captain Frederick van Wyk.

“We knew my sister’s life was in danger,” said her brother Ricardo Echardt. “We knew something would happen to her, we just didn’t know when.”

The brazen hit on Knight comes shortly before Staggie is due to be released on “day parole” from prison on September 23, which has sent the already tense Manenberg community into a panic. Some residents and police officers say gang members are now jostling for position and favours in the run-up to his release from Brandvlei Prison near Worcester.

Echardt told the Mail & Guardian the family did not believe Staggie had anything to do with the hit on his sister, as the gang leader had sent his mother Hazel Jacobus a message from prison.

“Staggie sent my mother a message saying sorry, but he had nothing to do with it. And we believe him,” Echardt said. “There are a lot of people in the gangs who don’t want him to come out.”

The family is vigilant of the ever-constant danger the gang war poses to it. After Knight was put on life-support in hospital, shots were fired at family members through the window of their flat.

Reformed man
Nobody in the traumatised community knows if things will get better or worse when Staggie comes out of prison, and some hope he will come out a reformed man.

Staggie was sentenced to 15 years in prison for crimes including robbery, rape, housebreaking and theft and possession of firearms and ammunition. The gang leader has already served more than two-thirds of his sentence.

The parole board stipulated that he should be allowed out on “normal strict parole conditions under high-risk supervision” and, on its recommendation, Staggie will wear electronic monitoring devices.

By day, Staggie will be allowed back to his old turf in Manenberg, and at night, he could return to Pollsmoor Prison in Cape Town, or to a halfway house approved by prison authorities.

“He [Staggie] is not being released early from prison,” said James Smalberger, the chief deputy commissioner: incarceration and corrections. “Parole is not the end of a sentence, but an offender serving the rest of his sentence under supervision.”

Failure by Staggie to comply with set conditions may result in him being returned to serve the remainder of his sentence in prison, said Smalberger. If things go well for him, Staggie will be placed on full parole in March next year until March 2017, when his sentence is concluded.

A request by the M&G for an interview with Staggie was turned down by the department of correctional services. Residents will now have to wait and see whether he has made any changes to his life.

Acquitted
Rashied and his twin brother, Rashaad Staggie, grew up in Manenberg, and rapidly became the most powerful gangsters of their time. Rashaad was shot and set alight after a petrol bomb was thrown at him during a march by People against Gangsterism and Drugs (Pagad) in 1996. Two years later, Pagad members were acquitted of involvement in his lynching, but were found guilty of public violence.

Police are still uncertain whether the recent upsurge in gang shootings in Manenberg has been caused by Staggie’s imminent release. Schools were closed for two days recently, and the provincial government was forced to take R6-million from its education budget to increase metro police security for frightened children and teachers. Western Cape Premier Helen Zille asked President Jacob Zuma to send in the army to control the gang fighting in Manenberg, where residents regularly get caught in the crossfire, but so far that has not happened.

The flatlands area is plagued by high unemployment, poverty, gang-fighting and a thriving illegal drug and weapons trade, and police resources on the ground are slim. Gang violence has claimed at least 27 lives in Manenberg since May this year.

In July, Knight was found barely alive in a field, lying beside the body of her murdered boyfriend Ramano Olivier, the father of her five children.

Van Wyk said this week: “Two males were arrested, aged 21 and 24, for the murder and attempted murder. They were remanded in custody until the investigation is completed.”

Due to the sensitivity of this case, Van Wyk said he would not be able to provide further details.

Smalberger said there would be a review of the decision to grant Staggie day parole only if evidence was found to link him to Knight’s shooting. “If Rashied Staggie is identified as having influenced that process, then the parole board would review his case.”

Deprived setting
Fear of a further eruption of violence is haunting residents, who are exhausted from having to dodge running battles in the street. Some locals describe the stark place, created as a township in the apartheid era, as a “living hell”.

Knight certainly did not stand a chance of a normal life growing up in this deprived setting. During the rape case at the Western Cape High Court in 2003, she told how she was abused as a small child and abused again while she was at school. Her father was convicted of raping his own daughters.

Two of her family members were gangsters, she told the court, and it was revealed that she had attempted suicide and tried to run away from home. Knight had dropped out of school and had been trying to protect her young daughter when she took a stand against gangsterism.

Knight told the court she was targeted by Staggie and the others for snitching on a woman who had hidden a gun on behalf of the Hard Livings gang. Within hours of the woman being arrested, Manenberg gangsters were out looking for the informer, and they kidnapped Knight. She was only 17 when she was raped by three men. Knight accused Staggie of pulling a gun on her and watching in a car’s rear view mirror while she was being raped.

Staggie has always insisted the rape charge against him was “trumped up”.

Sarkin described Knight as a credible witness. She went into the witness-protection programme for six months after the trial, after which she had no choice but to return home. As her brother said, it was not a case of if, but when.