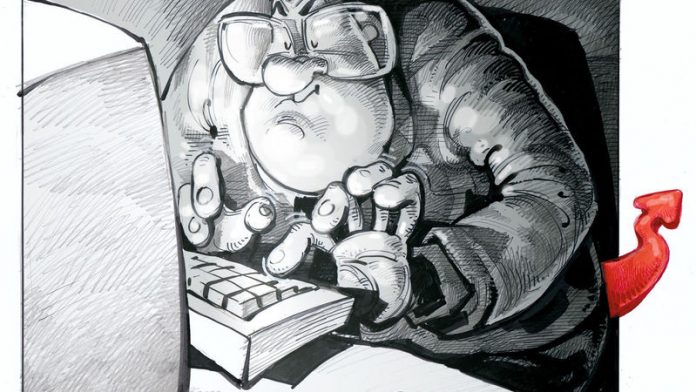 Dear Edmund, welcome to the team. I would greet you personally on your first day, but I am otherwise occupied with the annual Mexican standoff with labour. We will invariably be outflanked and retreat none the wiser on how to win these battles.

Which brings me to the purpose of this letter: your preparation for fit and proper execution of your duties.

HR is the heartbeat of this organisation and don’t forget that. It’s not always the most popular, however, so simply ignore the smirks, expansive sighs, glares or jibes.

HR may be hated, but we are the ones doing the hiring — and the firing.

Let me rephrase that; it makes me sound just a little power-hungry. It’s not uncommon for people in our position to succumb to the power of dictating someone’s career path at will.

Restraint is the order of the day

No text book, lecturer or internet guru can prepare you for the irreparable damage that can be wrought on individuals, or whole organisations, through a thoughtless moment, a micro-second. Such as the time your predecessor left a prin

t-out of the latest salary increases and bonuses at the communal printer.

You can imagine the chaos that erupted when this was picked up by one of her colleagues, who shared it with all and sundry.

It is not our purpose to “hide” salary structures and increases from our fellow workers; HR’s purpose is to ensure we have a happy, productive workforce.

The aftermath of the print-out blunder goes to show that a happy workplace is maintained when people are in the dark about such sensitive matters.

We are somewhat like the clergy in this respect. We have a great responsibility to retain the trust of people by maintaining a cloak of secrecy about our doings.

Like the clergy in times gone by we are also often vilified but, thankfully, seldom burnt at the stake any more.

Never let your guard down

Take the hiring process, for example. This should be a straightforward, albeit sometimes tedious, task.

One of the key ingredients of a productive workforce is having the right cogs in the right positions, and it is our job to make sure this happens.

The truth of the matter is we are part of a large corporation, which means we have layers upon layers of people above us in executive positions who are not unknown to interfere.

Let this be a warning to you in your fledgling career: avoid this trap by any means necessary.

Be assured that you will come under some pressure from executives, or friends of executives in the company, to unduly influence the hiring decision towards a particular candidate for no reason other than personal.

Your predecessor had the misfortune of “doing a Bambi” when confronted by one very adamant executive and reversed a decision, and offer of employment, to someone who had fairly won the position.

We didn’t get off so lightly on this one after the candidate hauled us to court to honour the offer. We eventually settled out of court and still have that out-of-shape cog sitting in a position it isn’t meant for.

Which reminds me of another incident or two your predecessor would have been better prepared for if she had the benefit of the forewarning I am giving you.

Such as the time that she let it slip that the HR staff found the training sessions as boring as the participants have declared them.

To top it, she was heard admitting to an external party that interventions like sexual harassment training have been proven to be ineffective, but that we do it anyway to lower our liability.

I don’t know what source it is she was quoting, but our programmes are certainly more than box-ticking exercises.

Oh, and in case the penny hasn’t dropped yet, you have your new job thanks to your predecessor.

The joys of firing

Compared to hiring, the firing process is a really horrible affair. You only have to look to the public airing of dirty laundry happening in South Africa’s politics, although fortunately our level of wheeling and dealing is far less visible.

It’s certainly not a daily occurrence, but an executive has said to me in no uncertain terms: “I don’t care how you do it, but find a reason for it and get rid of them”.

You don’t need the assistance of the deep web, obscure chat forums or the national security agency to find multiple online examples of innovative and even entertaining ways to discourage individuals.

This, obviously, is not our normal modus operandi, but extreme times sometimes call for extreme measures.

Overworking and setting impossible goals are old hat, but let me not get ahead of myself; it is your first day after all.

Invariably this kind of action results in disputes being lodged with the CCMA for unfair labour practices.

This again costs the organisation, which as far as I understand is something we should be avoiding. But such is the nature of the corporate beast, which can really raise its nasty head when this kind of shake-up happens at executive level.

Fortunately, the well-established golden handshake is an easy, if not cheap, solution to settle clashes at this level.

I have a morbid fascination with the American television series The Office.

I doubt there’s a better, single source for HR professionals to study on how not to do it.

Naturally, I have a keen affinity for the HR officer whose tenacity in the face of unjust derision is admirable.

One of the office manager’s key character flaws is essentially his lack of a spine and continual reneging on promises of staff benefits.

To his credit, he generally shrugs off the responsibility himself rather than pointing to HR for these failures, which has been known to happen in our case.

The best way to destroy trust and office morale is to allow executives to make commitments about training interventions, team building events, promotions and staff input when they have little or not intention of honouring them.

Since HR is the direct line to the executive level, by proxy you understand that we are always the first line of defence when these promises are unfulfilled.

The best antidote to this is to prevent the problem from manifesting in the first place and keeping a tight leash on the higher-ups.

So there you have it: your introduction to the gratifying world of people management as it truly is.

Yours in putting people first,

CHRO & and Business 4.0 in the digital era