The UK’s good news is bad 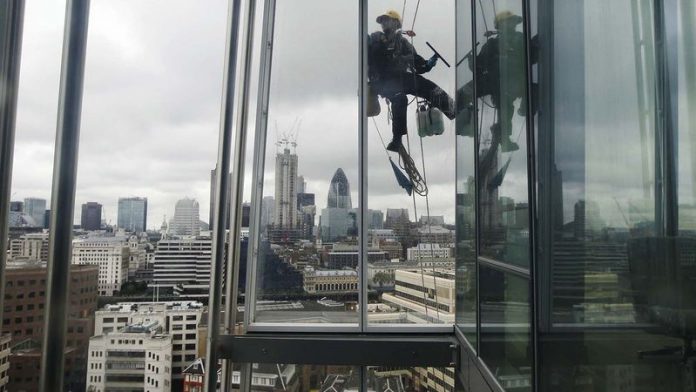 If all else fails, they say, you can always lower your standards. This is what the United Kingdom has become used to doing in relation to its economy.

The UK’s economic performance since the start of the coalition government in May 2010 has been so poor that last Thursday's announcement of 0.6% growth in the second quarter of 2013 was greeted with a collective sigh of relief.

Having declared the British economy to be “on the mend” on the strength of this, the chancellor of the exchequer, George Osborne, is said to have regained his swagger.

Even the opposition grudgingly acknowledged that the latest figures were good enough news, although it was quick to add that the benefits of the recovery have been almost exclusively ­concentrated at the top.

But even the opposition’s interpretation may be too charitable. Including the last quarter, the UK economy has grown by just 2.1% during the 12 quarters since the current government came to power.

This compares very poorly with the 2% growth that the economy had managed in just four quarters between the third quarter of 2009 and the second quarter of 2010. The coalition blames this poor performance on the eurozone crisis.

It gets worse
But this argument is not very persuasive when output has more than recovered to pre-crisis level in many eurozone countries, including France and Germany, whereas UK output is still 3.3% less than what it was at the beginning of 2008.

It gets worse. During the past five years, the UK’s population has grown by 3%. This means that, on a per capita basis, the country's income is 6.3%, not just 3.3%, less today than it was five years ago.

This performance is far worse than what Japan managed during its infamous “lost decade” of the 1990s. At the end of that period, Japan had a per-capita income 10% higher than at the start.

If the UK is to match this performance, it will have to grow at the rate of 3.9% every year for the next five years (or 3.3% in per capita terms, assuming that the past five years’ population growth rate of 0.6% a year continues). Even the most optimistic cheerleaders for the coalition government are not talking such numbers.

Thus seen, describing the UK economy as being “on the mend” is a near-Orwellian redefinition of economic recovery. The fact that most people accept that description, even if with reservations about the uneven distribution of its benefits, shows how low the standard of performance we expect of the UK economy has become.

Recovery process my be derailed
But even applying this low standard, it is not clear whether the UK can expect a sustained recovery. There are at least two factors that can derail the recovery process, especially given that it is so feeble.

The first is the likely evolution of the global economy. The eurozone may be dragging itself out of a recession but things can turn for the worse at any moment.

Especially given the severity of austerity in countries such as Greece, Spain and Portugal, the policy’s continuation may result in another bout of political unrest, negatively affecting the economy.

Thanks to its avoidance of the worst form of austerity policy, the United States economy has recovered from the 2008 crisis more strongly than the European countries.

But, with another federal debt ceiling negotiation looming later in the year, it is possible that the US recovery will be set back by another round of budget cuts.

The Chinese economy has slowed down visibly. And the Chinese government seems determined to keep it that way for a while. Concerned about financial stability, it has clamped down on credit expansion.

These are all good policies in the long run but they will dampen Chinese demand in the immediate future.

The other two biggest “emerging” economies, Brazil (second largest) and India (third), have both seriously slowed down in the past few years.

India’s growth rate fell from 10.5% in 2010 to 6.3% in 2011 and then to 3.2% in 2012. The equivalent figures for Brazil were 7.5%, 2.7% and 0.9%. Both these economies suffer from high inequality and social tensions, as shown by the recent protests in Brazil and the resurgence of Maoist guerillas called the Naxalites in the eastern part of India.

Therefore there is always a possibility that political unrest may dampen these economies even further.

These global factors are beyond the UK’s control but there is another factor at least partially within its control that may derail the recovery. It is the asset bubbles that have developed in the stock market and the property market, fuelled by cheap credit (sound familiar?).

Level of share prices unjustifiable
Share prices have reached levels that simply cannot be justified by the state of the economy. In May 2013, the FTSE 100 share price index surpassed the pre-crisis peak of June 2007, although it has come down a bit since then.

Given that the pre-crisis peak was supported by a buoyant (albeit unsustainable) economy, current share prices, which have no such support, can only be described as an even bigger asset bubble.

Although the rest of the country is still experiencing a stagnant housing market, property markets in London and the southeast are beginning to look inflated, given the state of the economy. And the government is stoking this property bubble with the Help to Buy scheme.

These asset bubbles have provided important sources of demand in the UK economy in the past few years. But the trouble is that they are shaky even for asset bubbles, for they are only sustained by historically low interest rates and the massive indirect subsidies given to banks through the so-called quantitative easing scheme.

The fragile nature of these bubbles is revealed by the nervousness with which financial market participants react to pronouncements by central bankers.

They know that the current price levels are viable only with quantitative easing, so they are readying themselves to jump as soon as there is a sign that it may come to an end. When the asset bubbles deflate, there is likely to be a serious fall in demand that will derail the recovery.

In the past few years, the UK should have found a way to stage a recovery without having to rely on state-sponsored asset bubbles. As it hasn’t even tried, it is facing the prospect of having a “lost decade” that is even more “lost” than the original one in Japan. — © Guardian News & Media 2013

Ha-Joon Chang teaches economics at Cambridge University. He is the author of 23 Things They Don’t Tell You about Capitalism