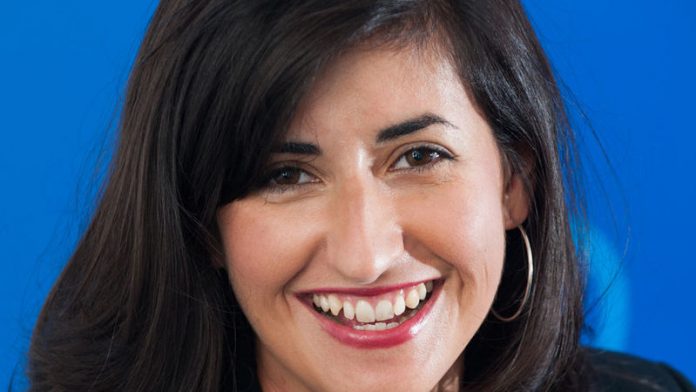 Longevity and consistency are two valuable characteristics that speak volumes about a person or a company — and global fast moving consumer goods giant Unilever has bucket loads of it when it comes to its human resource (HR) practices and achievements.

The company produces more than 400 consumer brands, including Lipton, Knorr, Dove, Axe, Hellmann’s and Omo, and has received numerous awards for its HR practices.

Recent international recognition was the 2013 Catalyst award for gender diversity; Unilever was named the top family-friendly company. It also won an award from the US-based National Business Group on Health for its commitment and dedication to promoting a healthy workplace.

Closer to home, the company was recognised in the CRF Institute’s 2012 Best Employers survey as a top employer in South Africa, Ghana and Kenya, and had also been selected the previous year for its South African operations’ HR achievements.

Antoinette Irvine, Unilever’s HR vice president for Africa, is part of the global leadership team that set down a strong marker for its people management practices.

Irvine is an 18-year veteran of the organisation who has used her opportunities in regional roles to look after different aspects of Unilever’s Africa, Middle East, Turkey and Asian operations and gain global exposure.

She was appointed as the South African vice president for HR in January 2011 and was handed responsibility for Africa the following year. Irvine is also the first female in this position to be appointed to the company’s board of directors in 20 years.

This, she says, was one of her greatest personal achievements, and lists the adoption of a new talent and organisational strategy by the company’s board as her greatest professional accomplishment.

“Unilever prides itself on a strong set of values, such as respect, pioneering attitude, responsibility and integrity. As a multinational, we take great pride in ensuring that our HR policies and practices are world-class and consistently implemented across the globe. This is the essence of creating a culture that is unique to Unilever,” Irvine says.

That is no mean feat for an organisation with a workforce of more than 3 300 people across diverse markets, locations and conditions across Africa. Irvine’s South African HR office has 123 staff members who focus on issues such as HR services, talent management, training, reward programmes, payroll, pensions and occupational health.

“Unilever’s HR strategy is divided into three main areas,” she says. “First, we aim to leverage our operating framework for competitive advantage.

Second, we build the organisation and a diverse talent pipeline ready to match our growth ambitions — attracting, developing and retaining talent is essential if we are to meet our ambitions.

“Third, we drive a performance culture that respects our values. We are building a winning culture, in which every employee is encouraged to grow to his or her full potential.”

“The benefit of being a multinational organisation is that we benchmark ourselves against best practices globally and have access to the best of what is available in terms of developing HR expertise and skills,” says Irvine.

“The challenge we face in our local environment is to ensure that these practices and initiatives are suitable and relevant to the unique, complex and at times volatile South African environment.”

As with any of the manufacturing industries, Unilever is at risk from labour disputes that could threaten its supply chain, competitiveness and business bottom line.

Irvine says that operating in a unionised environment is extremely challenging when industrial action is threatened because continuous disruptions are outside of the company’s global guidelines. It has the potential to delay response times and thereby aggravate the situation.

Unilever has therefore taken to the shop floor with engagement sessions to impress on its staff the need to become globally competitive in South Africa.

These interventions are designed to maintain open and transparent lines of communication with union representatives and appear to be bearing fruit as Unilever’s operations have been free of significant industrial action in the past two years.

She says that the biggest lesson she has learnt in her time heading the HR function is the value of a highly capable and professional team.

This becomes increasingly important in multinational organisations such as Unilever because the challenges for senior roles such as hers become more complex and span multiple geographies.

“Without strong leadership and a highly capable team who can be empowered to deliver this agenda, the ability to execute great strategies becomes almost impossible.

“Having the right team that can bring diversity, capability and experience has to be one of the most critical recipes for success,” she says.

This team should include the organisation’s senior leadership, which can be won over fairly easily if the HR initiatives help the business achieve its financial goals, she says. Talent management is one area that is well supported given the tremendous skills shortage in the country.

“When it comes to driving specific HR initiatives with the board, it is imperative to clearly emphasise why an initiative is being implemented, followed by what will be done as well as how we plan to do this.

“Credibility is a crucial component. Leaders of businesses are looking for people they can trust. And the starting point for building credibility is delivering on commitments made,” says Irvine.

“Now more than ever, the business, including the board, acknowledges the role of HR in delivering business priorities. The business is expecting HR to provide support in ensuring we have the best people in place to deliver our ambitious growth agenda and that we are developing our talent to their full potential.”

Achieving that in South Africa’s fractious labour environment requires a balance between labour legislation and co-operation between the government, labour and business, Irvine says.

“One example is the Employment Equity Act, which, although unique to South Africa, is closely aligned to our global talent principles that promote and encourage a diverse and inclusive workforce.”

Asked what she would do if she were to be appointed labour minister for a year, Irvine says she would introduce laws that encourage global companies to manufacture locally.

This would require that labour practices and wage expectations become more closely aligned with the demands of global competitiveness.

She believes that the current mismatch between the views of labour and business have the potential to undermine real economic growth and development in South Africa.

With her role as lead for Unilever’s HR function across the continent, Irvine also has her eye on a much bigger picture.

She says that she would like to make a “meaningful and sustainable contribution to the African ‘uplift’ agenda” over the next five years, “to ensure that I leave both a legacy of HR practices that will provide the right foundation for sustainable business growth, and clear succession plans for the senior HR roles and leadership of the Africa cluster.”