There are no handrails along the paths between the classrooms and the hostels at Limpopo's Setotolwane Secondary special-needs school, so when blind pupils walk on them, they cling to peers who can see better.

"It's happened before [that] a blind learner has walked alone and then walked into an animal and got hurt," a grade 12 pupil tells us.

What was once a grand teacher training college is now a school for 291 blind and/or deaf pupils in Limpopo, school governing body members tell the Mail & Guardian.

"It was never meant to be for special-needs children," governing body member and parent Matshidiso Malapela says. "Our children don't get the right education. They are not safe – just look at the hostels, the holes in the fence."

The school is at the end of a rutted dirt road, in rural Setotolwane village, 20km out of Polokwane.

The governing body contacted the M&G through rights organisation Section27 to tell the story of a school "that the department doesn't care about", according to Malapela. 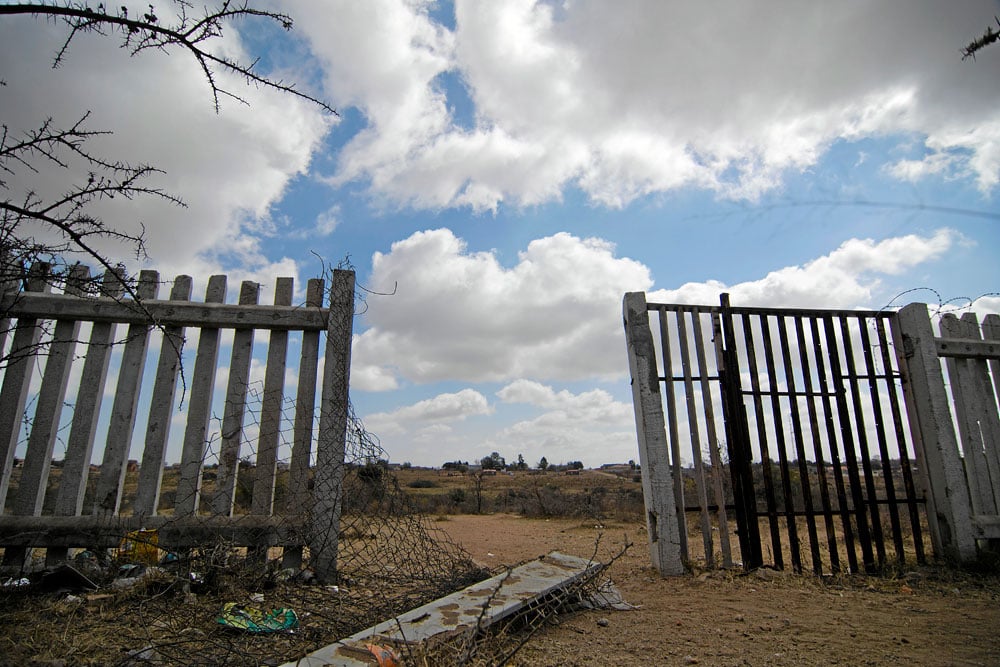 One of the gaps in the school's perimeter fence that governing body members say people from the outside use to access the school putting pupils at risk of robbery and rape. (Skyler Reid, MG)

Our first port of call at the school, the neat administration block, belies the infrastructural decay in the rest of the buildings.

Through the fence on one side of the school, one can see empty, flat Limpopo bush. On the other side is Setotolwane village's cemetery. Beyond that, goats, cows and dogs roam around the dirt yards of small houses.

It is quiet, except for the occasional incoherent shout from a deaf pupil.

The principal does not want representatives of the M&G to be there, but allows us access while accompanied by governing body members. He warns us not to speak to staff or pupils.

Trash swirls at the entrance to one of the boys' hostels and there is graffiti on the walls. The lights in the corridors are dim. A pupil with partial eyesight bumps into one of the governing body members, then into me.

Many of the dormitory windows are broken and the pupils have filled the holes with pieces of plastic and cardboard. It is not enough to keep out the cold, so they put rusty lockers around their beds to keep the wind out. Going into a dormitory is like walking into a maze. 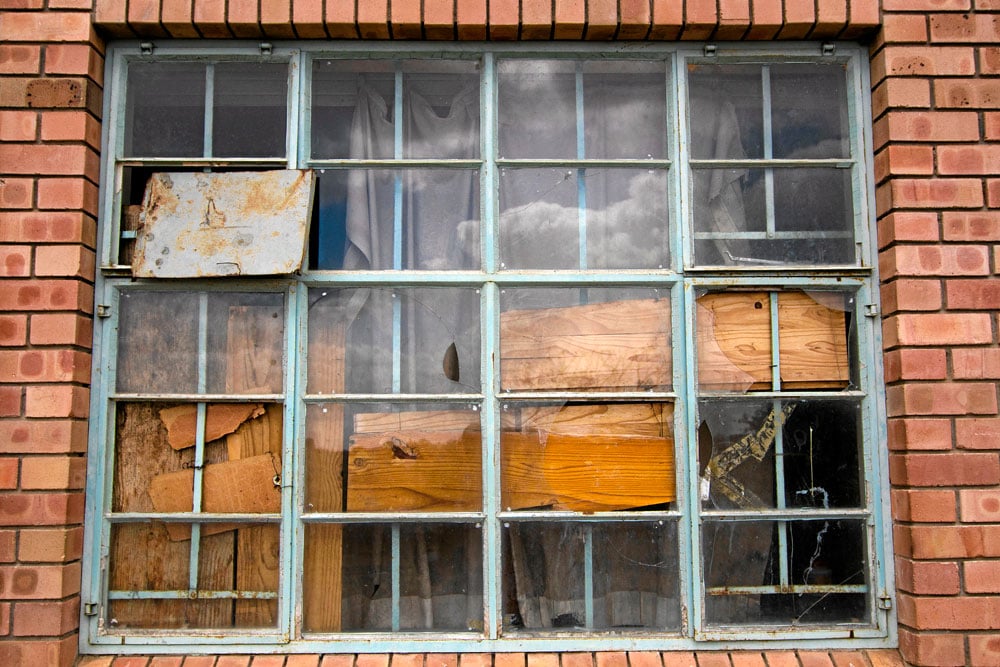 Broken windows in one of the boys hostels. (Skyler Reid, MG)

Water leaks onto the floors of the bathroom and the toilets are soiled and stinking. A basin hangs off the wall, unusable.

A matric pupil, who wished to remain anonymous, tells us they have never had hot water in the bathrooms. They have to boil water in kettles and bath in a bucket.

Music pumps down the corridor. It is coming from the dormitory of a blind matric pupil. The 24-year-old sits alone in his room on the edge of his bed changing the channels on his radio. He snaps his head from side to side, dancing to the music.

On a wall in one of the many empty dormitories is written: "Love is sometimes like a rocking chair, u feel comfortable but going nowhere."

The wind howls through an empty common room at the end of the corridor where once there was a door. There is not a teacher or matron in sight. "The learners can go into each other's hostels whenever they like," says another matric pupil who wishes to remain anonymous.

"Last term, a robber went into the girls' hostel with a gun and stole their cellphones."

Although it is only break time, like all the other pupils we have seen, he is not wearing a uniform.

Also last term, a pupil allegedly raped another pupil, governing body chairperson Lauren Maake tells me. It would not be the first time.

"People come from the outside also and do it," she says.

Malapela says the "house mothers" and "house fathers" do not care for the pupils. Tsakani Mbiza, the sister of a grade eight pupil at the school, says some of them are in the hostels only during the day.

It is not surprising, then, that each year, some of the pupils fall pregnant, according to the governing body.

They are not all teenagers either, Malapela says. The oldest pupil at the school is 38.

We walk past what was once a laundry, with rows of broken taps, to see a hole in the fence about 50m from the hostel's back door. A well-worn path leads to what Mbiza says is a tavern. 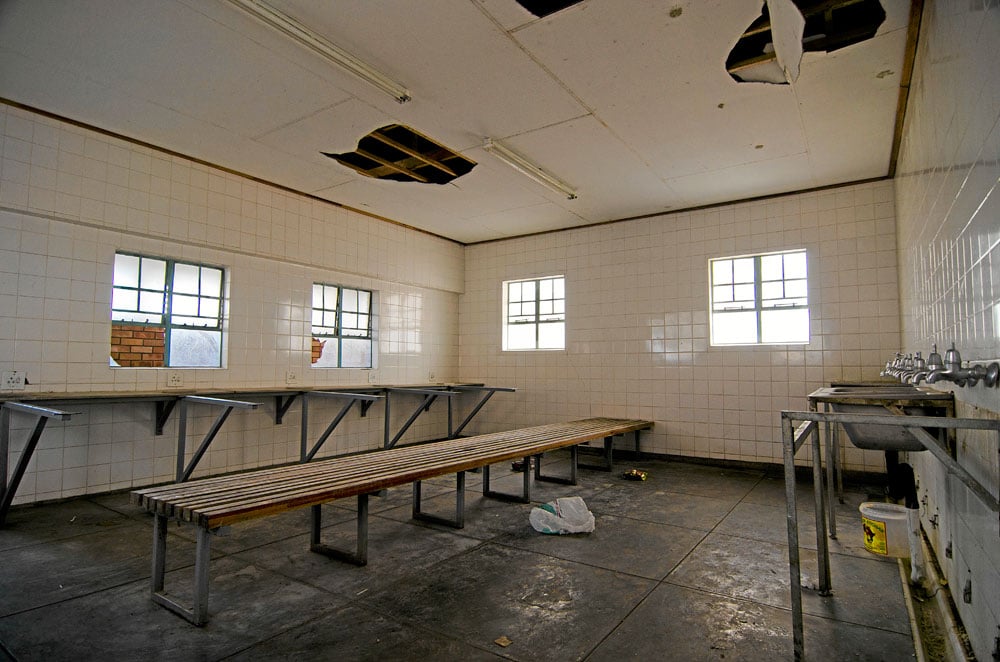 The boys hostel laundry has no hot water and many of the taps do not even work. (Skyler Reid, MG)

"Look how easy it is for the pupils to get there and for outsiders to get in," she says standing in the gap.

Security is a grave problem at the school, Maake tells me.

"There are only two security guards at one time and they don't patrol the grounds, they just stay at the entrance."

A female pupil says she is "scared of the rapes".

"It feels like we are in the desert, away from everything."

Space is not a problem on the school's sprawling property. Some of the buildings stand derelict and filled with trash or rusted furniture, kitchen appliances or computers. A goat feeds on weeds growing up through the floor of one of them.

The school's motto is Tsebo Ke Maatla (knowledge is power), but not all the pupils are getting the knowledge they need.

A matric pupil says there are not enough teachers who can use sign language and not enough textbooks to go around.

"He can't construct sentences. When he sends me text messages I can't figure out what he's saying."

Limpopo education department spokesperson Phuthi Seloba said only 11 of the 23 pupils who wrote matric at the school last year passed. 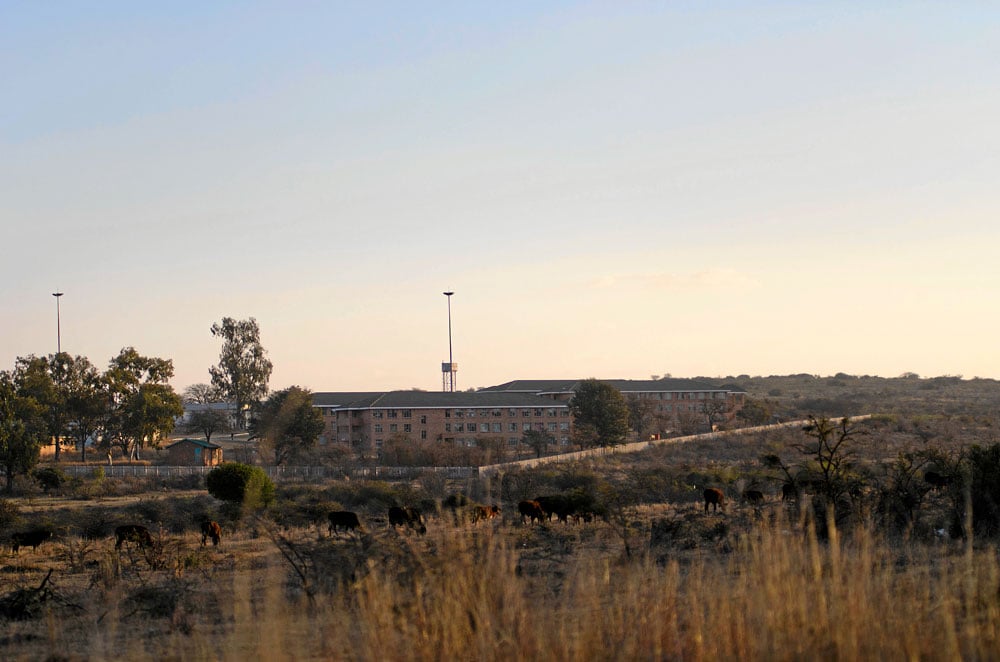 Pupils feel isolated in the school that is on the outskirts of a rural village outside Polokwane. (Skyler Reid, MG)

Teaching and learning at the school are "negatively affected by the teachers' lack of skills regarding Braille and sign language", he said, but the department offered empowerment programmes for pupils across the province with visual and auditory disabilities.

Another governing body member, Rufus Chauke, said the department had promised since 2009 to move the school to a more suitable location in Mankweng, near Turfloop (the University of the North).

"Whenever we raise an issue with the department we don't get feedback," he said.

"That is why we involved Section27 and the media. Maybe they can help us. Maybe, finally, things will change."

But Seloba said the department had met the governing body and the infrastructure issues were being attended to.

"The allegations of neglect and ignorance are baseless," he said.

The department was "finalising renovations at Hwiti High School in Mankweng for the relocation of Setotolwane and it should be ready for occupation anytime soon".

Of South Africa's 24 000 state schools, only 442 serve pupils with special needs, according to the basic education department's latest data.

They have 108 240 pupils with disabilities that include blindness, deafness, autism, cerebral palsy, attention deficit disorder and various behavioural disorders, according to the categories the official data use. These are the lucky ones, it seems.

According to the department's white paper 6 of 2001, titled Special Needs Education: Building an Inclusive Education and Training System, there were then about 400 000 children in South Africa with special needs.

"The figure given by this white paper for the number of special-needs children could easily have increased," said Yana van Leeve, an attorney at the Legal Resources Centre.

The white paper calls for an "inclusive" education system in which "a wider spread of educational support services will be created in line with what learners with disabilities require".

Van Leeve said the department's position was that, where possible, special-needs pupils must not be excluded from normal schools. "But there has been little integration," she said.

As an attorney, she represents individuals and school governing bodies in accessing special-needs education.

As a result, many special-needs schools, especially those in under-resourced areas, become "mere daycare centres".

"There is no policy that says this is how special schools should look like or what resources they should have relative to learners' disabilities," she said.

Michele Droskie, Cape Town mother of a Down Syndrome and autistic boy, said the system did not work for her seven-year-old son. Despite long waiting lists,

she managed to get him into a special-needs school in Diep River. But the school's highest grade is grade three.

Bleak future
"There is a bleak future for him there because pupils can go into further studies only if they have a grade nine," she said.

Studying to be a bricklayer requires a grade nine, for instance, but few special-needs schools go all the way up to that grade, let alone matric, Van Leeve said.

"I believe there is a possibility of my son reaching a grade nine in the next 11 years because at the age of seven he is already reading at grade one level," Droskie said.

She does not believe, however, that it would be appropriate for him to be integrated into an ordinary school because he needs a lot of support that, in an inclusive environment, would be expensive.

With limitations like these, special-needs pupils like her son are "doomed to live off the government and their families forever", she said.

Leigh Dunn, a special-needs teacher at Formosa Primary School in the Western Cape, said schools "don't look to the national department for answers on special education".

"There is no detailed policy for special needs and inclusive education," he said. "We look to what the white paper 6 says, and at the curriculum documents, and make adaptations according to pupils' needs."

The Western Cape education department had hosted training for teachers on special-needs education and now teachers from other provinces were going there for help, he said.

"It's frustrating, because if we got the right policy documents from the government we could move towards inclusive education so much faster."

The department of basic education, which was sent questions last Friday and on Tuesday, had not commented on this story at the time of going to press.

Summing up the legal battles fought for better schools

We fail children living with disabilities

South Africa treats special needs children as an aside

From shacks to shops – new uses for abandoned state schools

The silent struggle of special needs students in South Africa