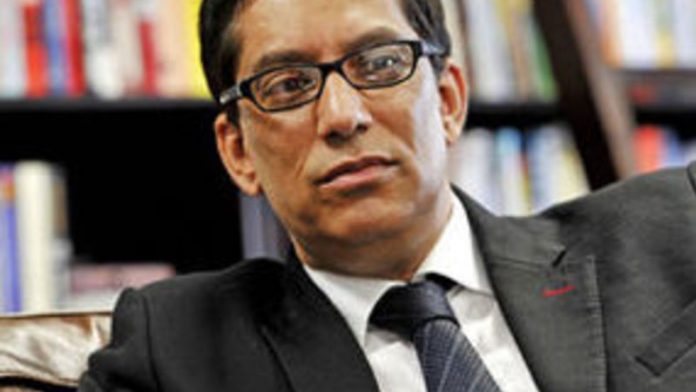 The suggestion in the Mail & Guardian that his takeover of the Independent media group might have increased the state's influence over the commercial press drove Iqbal Survé into ecstasies of noisy indignation last week.

Survé's reaction was to hint that the M&G is funded by the CIA, and to accuse the paper's reporter of grinding an axe for M&G owner Trevor Ncube, purportedly chagrined by the latter's failure to land three Independent titles.

The outbursts merely served to deepen one's sense of foreboding about the chairperson of the Sekunjalo Independent Media Consortium.

In the public interest, news­paper proprietors need thick skins; Survé clearly cannot bear criticism. "They defamed me. They defamed my company. I was subject to most incredible vitriol," he said about the relatively mild flak he drew over the Independent transaction.

Ditto when Business Times editor Rob Rose took him to task – the response was a volley of tweets suggesting the Times Media Group, in order to block new competition, was pulling the strings.

Survé apparently thinks that setting a house reporter on a rival is what proprietors do. That some may not see the editorial department as their personal bodyguard did not seem to enter the equation.

More depressing still was the Independent's reporting. Softened up by years of abuse from the Irish, they covered the finalisation of the deal without touching on the widely voiced concerns (although Tony O'Reilly's failure to invest in the group was alluded to – now that the coast is clear).

"This past Friday the [M&G] vented its anger at the rejection of Ncube's offer," wrote one reporter, treating Surve's cockamamie ­conspiracy theories as unchallenged fact.

Strategy
In a week that also saw "Gupta TV" (aka ANN7) totter to its feet, the sale of South Africa's second-largest press group by revenue – 27% of total, with 18 titles – to Sekunjalo should make democrats sniff the air. Not even under apartheid was the state's interest in the private media so direct and extensive.

Is it too fanciful to see a strategy, driven by ANC centralisers and businesspeople keen to curry favour with them, to use ownership as a way of bringing vigorous independent journalism to heel?

The parastatal Public Investment Corporation (PIC), which manages the trillion-rand government pension fund, has a 25% stake in Independent News and Media South Africa and may be funding more of the purchase.

The result is that a government-controlled institution – which also holds 19.2% of the Times Media Group and 17.22% of Naspers, which owns Media24 – now has a ­sizeable stake in all three major media groups.

The PIC does not sit on their boards, but influence can be brought to bear in other ways – and there is no doubt that the corporation is a political animal. Why did it choose Sekunjalo over award-winning ad-man Groovin Nchabeleng, in many ways a more authentic empowerment bidder? And does the PIC's pricey, high-risk investment in a ravaged newspaper company really serve the interests of government pensioners?

Survé's talk about "bringing the Independent home" is also contradicted by the appearance of two Chinese state-linked investors with a 20% stake and, possibly, a larger role in bankrolling the Sekunjalo consortium.

He reportedly offered the news of the Independent's impending repatriation to an ailing Nelson Mandela, via his grandson, Mandla, as a way of aiding his recovery. The historical irony, of course, is that at a meeting in Geneva in the 1990s, Mandela senior is said to have endorsed O'Reilly's purchase of the group in exchange for more favourable treatment of his party.

Although still relatively opaque, the Survé consortium includes Mandla Mandela and Jacob Zuma-aligned businessperson Sandile Zungu, as well as a range of politically connected groupings including Cosatu's investment arm and the MK Military Veterans Association. Not for him the trend towards the wide-ranging empowerment of many disadvantaged individuals.

Echoes
A similar pattern appears in ANN7 – it does not appear to be a commercial venture in the normal sense and it cuts in the Guptas' old crony Duduzane Zuma, Jacob Zuma's son, who, through Mabengela Investments will hold slightly more than 9% of the shares in Infinity Media, which owns ANN7.

MultiChoice has confirmed that it is not paying for the low-end, 24-hour news channel and indications are that ANN7 will not monitor viewership, just as the Guptas' New Age newspaper refuses to publish its sales figures.

The business model, one assumes, is the same as for New Age, the bulk of whose revenue flows from advertising and sponsorships provided by state and state-controlled institutions that, scandalously, spend taxpayers' rands without the first clue about the number of readers they are reaching.

A tough road lies ahead for Gupta TV. According to the Nielsen Adex report, state and semi-state bodies pumped R70-million in advertising into the New Age last year, but television is a much dearer proposition – one estimate puts the annual cost of running a channel at R200-million.

Indian media mogul Subhash Chandra has a 35% stake, but one imagines even his munificence would be strained by an unending resource haemorrhage at ANN7 and a sustained comedy of errors of the kind that rejoiced social media this week.

The Guptas appear to be offering the ANC access to middle-class voters who can afford pay-TV – but gesture and symbolism may be more important than actual impact.

Both they and Survé peddle a sticky variety of "nation-building" reportage, in place of the alleged one-sidedness and "negativism" of the independent media.

"It's time we use the media to positively engage with our country, our continent, to integrate effectively, both culturally and economically," Survé told Moneyweb. "Page one, two, three, four ­– it's all negative." He said he wanted to see more viewpoints and positive stories being published.

Sunshine
The de-emphasising of the media's role as a watchdog, caller to account and strident tribune of the people will be music to certain ANC ears.

Survé is unapologetic about his closeness to the ruling party, but media commentator Anton Harber rightly says that what really counts is how he construes his new role.

Survé has made it clear that he is buying influence, he says for the national good, and that "there is scope for repositioning papers".

The fear must be that under his sway, one of South Africa's key newspaper groups may become a facile purveyor of Pollyanna journalism.

More on this story