M&G LitFest: Reading is an act of resistance 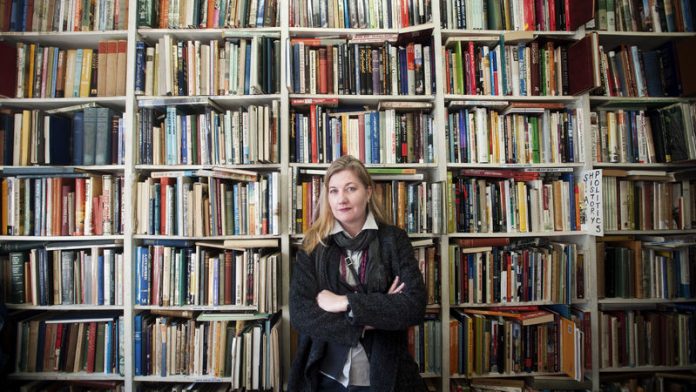 In her introductory remarks, Van der Spoel mapped the demise of second hand book shops in the inner city. She was hopeful that “those histories of book culture in Johannesburg will still be written”.

In this context, Bronwyn Law-Viljoen mentioned that her 3rd-hand copy of Things fall Apart contains “several stamps of book shops” and Archie Dick said that physical books carry traces of history. One could also point to a fictional history of book culture, imaginatively rendered by Ivan Vladislavi? in his short story The Book Lover.

Archie Dick's The Hidden History of SA’s Book and Reading Cultures (UKZN Press) functions as a kind of archive documenting the reading practices of South Africans. He is interested in the ways in which libraries function in communities and in South Africa's reading histories.

Counter to the dominant narrative bemoaning the declining rates of reading, he asserted, quoting Isabel Hofmeyr, that there are “pockets of passionate reading”. He is especially interested in the “social practice of copying”, which continues today in various forms and “stretches the meaning of the word book”. Linked to the title of the session, he also related several anecdotes illustrating the ways in books exist as agents of insurrection.

Sometimes accidentally, for example, Denis Goldberg remembers a 1953 tape recording detailing the repression of Namibian people, which was hidden in a copy of Treasure Island and thus smuggled to the United Nations.

Archie Dick also spoke of copying as a reading strategy that undermined the structures of power. He explained how during apartheid, reading circles of the Unity Movement would often hold their meetings in secret, for example, in caves in Devil's Peak and each member would bring a photocopied section of the book – in case of a raid the entire book could not be confiscated or destroyed.

Citing Achebe on the “truth of fiction”, Dick explained that with the banning of much non-fiction in the 1960s and 1970s, for many activists “fiction became a kind of truth telling” and novels were read for their practical utility: chapter 14 of the The Grapes of Wrath was read for its insight into mass movements, Sartre's The Wall read in military training camps.

His research paves the way for considering whether there is a “liberation literary canon”. Isabel Hofmeyr's latest book, Gandhi's Printing Press: Experiments in Slow Reading  tells the story of Gandhi's press in Durban from 1893 to 1914. Hofmeyr argued that “these textual experiments are central to Gandhi's thinking on passive resistance”.

For Gandhi there was a definitive connection between “reading and sovereignty”, since reading created “a zone of individual freedom”. Serious reading cannot be “outsourced”, just as Gandhi held that “freedom given to one was no freedom at all”.

At the turn of the twentieth century, in the age of mechanisation and industrial capitalism, Gandhi's experience of “information overload” convinced him of the necessity of “slowing down”as a way of opting out of this system. This could be achieved by participating in activities that could only be completed “at the pace of the body”, such as reading.

The proliferation of flows of information in Gandhi's era is similar to our own. In this sense, Hofmeyr inventively described the world as a “huge textual girdle”. Van der Spoel added that Gandhi's aversion to copyright also chimes with contemporary open source ideas.

Bronwyn Law-Viljoen, founder and publisher of Fourthwall Books, admitted that while her books are not insurrectionary, “at the very least I am making some kind of protest”. She characterised Fourthwall books as “extreme publishing”, perhaps akin to bungee jumping in its element of risk. Her protest is not against technology as such, but rather a stand taken in defence of “the physical act of reading” and the ensuing “tactile connection to the physical world”.

Playing on Hofmeyr's subtitle, she called for “experiments in rough reading” as opposed to the “smooth” reading experience offered by a device. Law-Viljoen also presented a kind of “show and tell” to better explain the kinds of books she publishes and why.

Fourthwall books are beautifully crafted; the relationship between appearance and content a dynamic one. In the process of creating these books, Law-Viljoen suggests she is “making slowness” and resisting the flimsy mass-production processes common to larger corporate publishers. She is not, however, promoting book fetishism.

Hofmeyr suggested that Gandhi would applaud Fourthwall books, which seems to continue the long tradition of “artisan presses which existed in all Indian Ocean port cities”. Such presses stand in stark contrast to the development of print capitalism in Europe.

In a fitting closing to this fascinating session, Van Der Spoel read an extract from The Lost Art of Reading in which David Ulin proposes that “reading is an act of resistance in a landscape of distraction”; it is “an act of engagement in a culture that wants us to disengage”.