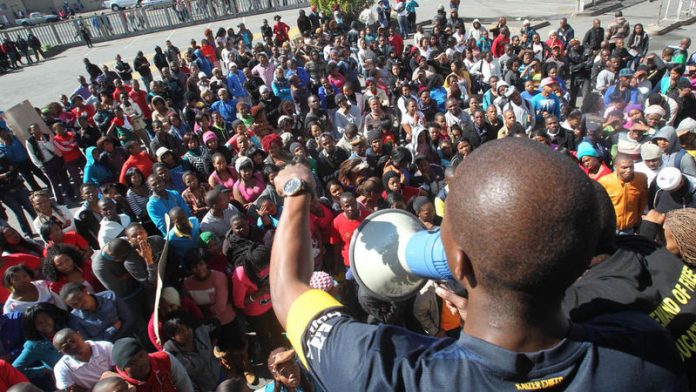 The university has had to close its academic operations due to the strike last week.

"Considering the current situation at Walter Sisulu University, the department will in all likelihood exercise its legal right to extend the administrator's term by no longer than six more months. In the meantime, negotiations are continuing between university management and the unions," said Kefilwe Makhanya, spokesperson for the department.

In a presentation to Parliament on August 14, director general of the department of higher education Gwebs Qonde warned that once an administrator leaves, there is no guarantee the situation may not revert in any of the five institutions currently under administration.

Professor Lourens van Staden was appointed in November 2011 for a two-year term, as stipulated by the Higher Education Act. By the time the government intervened during problems there in November 2011, following an independent assessor's report, the institution had collapsed and it faced allegations of poor governance and financial mismanagement.

Its student debt stood at R271-million, while 80% of its annual budget was spent on salaries. The university's liabilities exceeded its assets and bank balances by R970-million.

On Monday, the university said management and labour at WSU resumed talks on the labour impasse with the help of an independent mediator. Labour unions, led by the National Education Health and Allied Workers' Union (Nehawu), have entered the eighth week of the strike, demanding an 8% to 10% salary increase, while management is offering 4.25%.

The nine-month negotiations came to a deadlock on July 23, leading to a "no work, no pay" strike that was effective from July. A three-day deadline has been given for the talks to conclude.

According to spokesperson for the university, Angela Church: "The university's position has always been that we have applied for a cash boost of R3.15-billion from the national treasurer because we cannot afford to run the institution. But we will do everything we can to ensure that a common ground is found."

R3.15-billion is equivalent to the amount spent on all five university and technikon mergers.

"Our stance as the department is that whatever decisions are taken now must not reverse the gains made so far or threaten the long term financial viability of the university. The administrator has also emphasised that all efforts are being made to ensure that the academic year is not lost and that students will be recalled as soon as possible," said Makhanya.

The WSU is the third university to have its administrator's term extended. Others were the University of Zululand and Vaal University of Technology, ranging between three to six months.

Intervention
Last week, Nehawu lashed out at government for leaving the intervention for too late. "They waited until it collapsed; they have to pay for their mistakes. Any government should know at this stage that picking up the pieces is always costly," said Sizwe Pamla, spokesperson for Nehawu.

Qonde told Parliament in August that the department wanted to intervene earlier, but was restricted by South African legislation. "Legislation stipulates that we can only intervene when an institution has hit rock bottom, in ICU."

Walter Sisulu University is a product of a 2005 merger of the Eastern Cape Technikon, Border Technikon and the University of the Transkei. It is spread over a large area, including Mthatha, East London, Butterworth and Queenstown. The first of its now yearly strikes began a year into the merger with students claiming to be confused by the new structures.

Government has so far poured R858-million into the institution since the intervention, but Qonde said this money spent has not been appreciated by institution.

Merger questioned
Members of Parliament, as part of their feedback on the report presented by the department on the progress of merged institutions, raised the following as issues that need attention:

Minister Blade Nzimande has said before that all administrators volunteered because those earmarked are generally not interested in being part of these institutions.

Firstly, in terms of the university’s suspension of academic operation: “The legal position is that we are paralysed by a protected labour strike. We have sent residence students home for their safety owing to protests in which some students were injured.

Secondly, the cash boost of R3.15-billion mentioned was submitted in a feasibility study in May this year for extraordinary funding for WSU to national treasury. In this document there is a wide range of needs such as building residences, new teaching technology etc as part of the turnaround plan. These funds requested are for the turnaround and improvement of the university, not for operating costs.

A previous version of this article stated that government had so far poured more than R1-billion into the WSU. The correct amount is in fact R858-million.