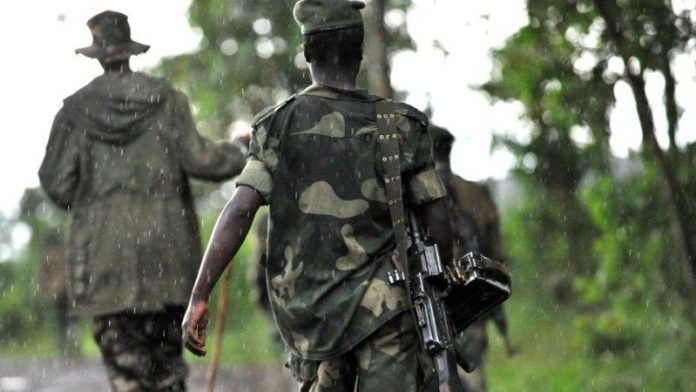 The Movement of March 23 rebels in the Democratic Republic of Congo has written to the secretary general of the United Nations, Ban Ki-moon, seeking to clear themselves of any blame for the conflict that ravaged that country’s North Kivu province last week.

M23 chairperson Bertrand Bisimwa claimed in the letter that his movement did not start the war; they did not shoot into neighbouring Rwanda or Goma and other towns. Instead, Bisimwa said UN peacekeeping unit Monusco is "committed to pursue war against our movement".

"This war initiative of which the Republic of France has become the torchbearer is being directed against our movement on three dimensions: on the military front by attacks from the Intervention Brigade, through the media by unfounded and biased news reports and fabrications by Monusco," said Bisimwa.

He added that the war was also fought "on the diplomatic front through negative resolutions presented by France for adoption by the United Nations Security Council in order to reinforce the military option as the means of resolving the ongoing conflicts in the Great Lakes region in general and in the Democratic Republic of Congo in particular".

M23 has accused France of supporting the Congolese government's military.

Bisimwa said it wasn’t M23 that bombed Rwanda for the following reasons:

The Rwandan government threatened to retaliate after the bombing.

"We have remained restrained for as long as we can but this provocation can no longer be tolerated," said Rwanda's Minister of Foreign Affairs Louise Mushikiwabo.

"We have the capacity to determine who fired at us and will not hesitate to defend our territory," said Mushikiwabo.

M23 accused the DRC's government army, FARDC, of "coercing" Monusco to get involved in the fighting by manipulating civilians to protest purportedly against M23 attacks.

"The haste with which the DRC government leaders, in particular the governor of North Kivu province, sought out, through the media, an outcome from the manipulations as a basis for intervention by Monusco against M23, is a clear indicator of a planned strategy," said Bisimwa.

In an earlier letter to Ban, the M23 called for an independent commission to investigate the fight that took place in the past two weeks. This commission should be chaired by the the International Conference on Great Lakes Region (ICGLR) appointed experts and include experts from the African Union.

The M23 ordered what it called "a unilateral ceasefire" last Friday, though Monusco forces claim it was the intervention brigade's strength that pushed the M23 away and made it leave its positions, abandoning heavy weapons in the process.

Bisimwa said a ceasefire was initiated to give peace talks a chance.

Though fighting has stopped, a senior Congolese army officer told Agence France-Presse that an attack on Kibumba is expected "in the very near future" in order to take back a rebel base at this area about 30km outside Goma. President Joseph Kabila’s government wants M23 to lay down arms and disband.

The M23's letter ended with a subtle threat.

"Our troops remain free to use their right to re-take control of the positions assigned to us by the November 24 2012 ICGLR member countries heads of state statement, in the event that the DRC government maintains the option of war in lieu of the Kampala dialogue."

The letter was copied to Uganda’s President Yoweri Museveni, who is a mediator in the Congolese conflict, heads of state of the International Committee of the Great Lakes Region member countries and all diplomatic corps represented in the DRC.

As the globe moves towards greener energy practices, more women must be included in this new growth sector, for the benefit of all
Read more
Africa