The flyers pasted around the cobbled streets of London beckoned passers-by to witness the “greatest phenomenon ever exhibited in this country”. Intrigued by the invitation and the word on the streets, curious Londoners flocked to the show to see what had just arrived in town. With bated breath and the two-shilling entry fee in hand, they arrived at Number 225 Piccadilly, to cast their eyes on the “Hottentot Venus”.

It was on such a day in 1810 that Sarah “Saartjie” Baartman – dressed in skin-tight clothes to best exhibit her posterior and genitalia – was put on display like a captured animal. And it is this memory of the black body as a source of spectacle and “othering” from the days of colonial expansion that gave birth to artist Ayana V Jackson’s latest body of work, Archival Impulse & Poverty Pornography.

Ironically, whereas Baartman was the victim of snide remarks and bewildered stares, Jackson’s exhibition willingly invites the viewer’s gaze as if two centuries of it had not been enough for non-Europeans. From every hand gesture and placement of limbs to the lifeless expressions on some of the subjects’ faces, Jackson restages archival images to awaken the colonial ghost some choose to forget.

The body of work, which also forms part of Jackson’s academic thesis, is combined with archival references and writing by herself and political theorist Achille Mbembe.

For Archival Impulse, Jackson – who has a sociology degree from Spelman College in Atlanta in the United States and later studied critical theory and printing at the Berlin University of the Arts – modelled and photographed herself to recreate archival images dating from the late 19th century to the turn of the 20th. 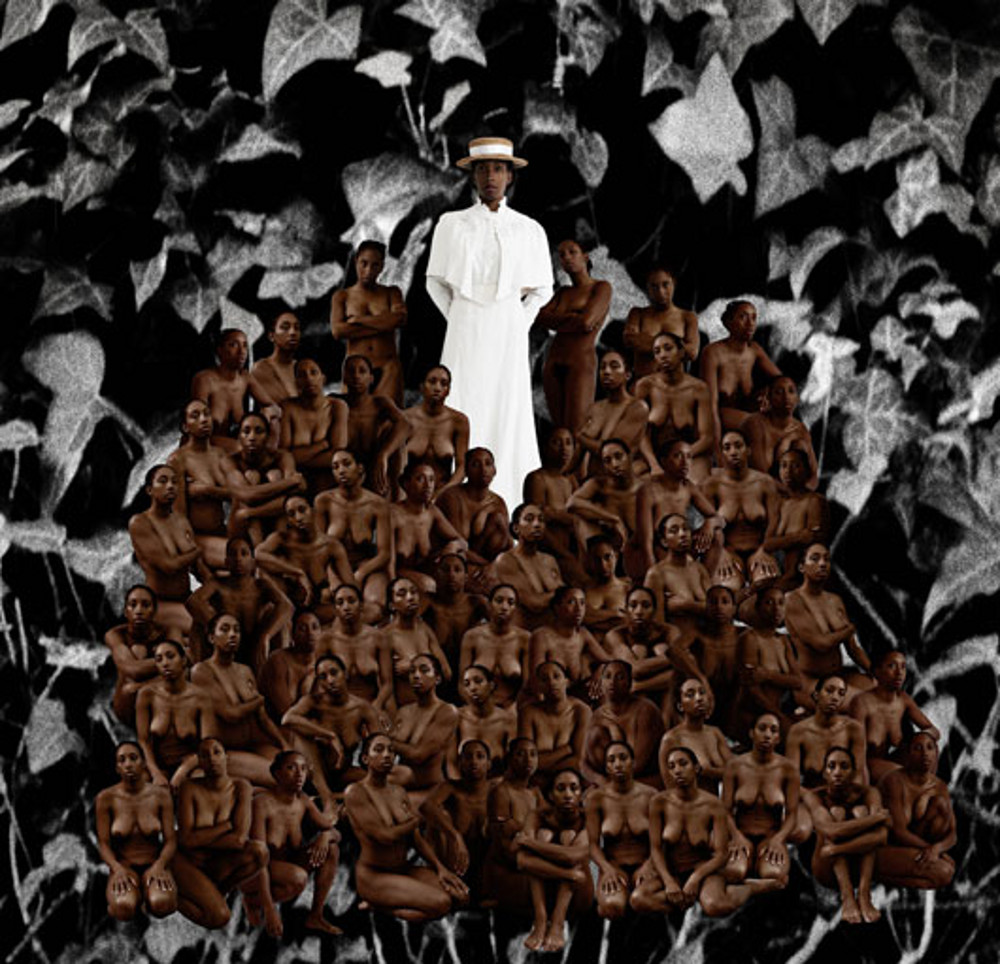 Black American, not an African American
During our interview, Jackson – whom Mbembe describes as a “night-coloured body” – continually referenced the life of Baartman. There’s no doubt, it’s a life story that inspires her. In Archival Impulse, she generously dedicates a series of headshots to Baartman called Case 33 – the study number given to her dissected body parts that were examined and displayed in a Paris museum in the name of “science”.

Despite the speculation about Baartman’s assimilation into European society in the early 1800s, it was her diminished status as an object of the spectators’ gaze that informed Jackson’s exhibition.

Despite her one-for-one accuracy used to recreate history, it’s hard to imagine and compare the lives of the unknown people in the archive photographs Jackson sourced with the real life of Jackson, born into a line of respected and educated pan-Africanists in New Jersey in 1977. As an American, should the assimilation of nameless Africans into her art be seen as audacious, one wonders?

Jackson says she is not trying to replace the almost anonymous characters she mimics, or to relive their assumed experiences. “I’m trying to complicate this memory presented by the archives. I’m asking people to think critically about these images.” Expanding on her “reappropriation” of images of Africans, Jackson – who refers to herself as a black American, not an African American – says she “can only claim [to be] African through my blackness”.

She says the experience of living in a black body is one that unites black Americans with black Africans, adding: “It’s that awareness of our otherness that we share.”

‘Objectification’
Jackson, who shape-shifts through different frames in different forms – dangling naked from a tree; dressed in white, while standing over the many versions of her undressed self; looking away from the camera’s eye, half covered in cloth – says she uses her body as a tool to disrupt centuries of the one-sided gaze. Or, as Mbembe puts it: “She gingerly strides time and identities, and rewrites history by positioning herself on both sides of the looking glass.”

All photographs were supplied

Jackson’s reference of photographs, such as the bare-chested African girl strewn across a table like objects in a Paul Cézanne still-life, makes it hard to ignore unsettling thoughts of colonial mimicry. By photographing herself as subject she conjures thoughts of the colonised becoming the coloniser, and the oppressed the oppressor.

But she promptly answers it by addressing what she says is the point of the exhibition: “To revisit and mine the archive.” So, the exhibition is her attempt to rewrite history and critique how this representation of non-Europeans has lived on since the heyday of imperialism.

Jackson expands on the lingering image of the other in Poverty Pornography – a complementary series to Archival Impulse – in which the artist restages well-known photographs taken in more recent times. “I’ve used contemporary references because there is a very specific conversation I want to have about photography’s role in the treatment of the non-white body, and how that filters into current representations of this body – hence Poverty Pornography.”

Poverty Pornography
The references include photographs such as Eddie Adams’s Saigon Execution, shot during the Vietnam War; the starving child and the hooded vulture in famine-ridden Sudan by Kevin Carter; and Lawrence Beitler’s image of the lynching of Thomas Shipp and Abram Smith in Indiana in 1930.

Taken from a term used to describe the bountiful images of suffering in developing countries, Poverty Pornography looks at the role of the medium in sustaining the view of the other, while scrutinising the feelings aroused from gazing at polemical images such as Jackson’s.

It also delves into what she says is “the over-representation of death, disaster, disease and destruction” of the non-Western world in the media.

At the time of our interview Jackson was getting ready to leave for Paris, the city in which Baartman’s body was displayed until 1974, and where Archival Impulse & Poverty Pornography will also be exhibited.  She told me how she hopes her art will change perceptions of the past. “I want this body of work to shift views from ‘Oh, this is what Africans looked like in the pages of National Geographic’ to ‘Oh, this is what the Europeans’ idea of blackness was’.”

Looking at the exhibition catalogue and paging through its historical findings and Jackson’s interpretations, one becomes aware of how the body can be both a site of remembrance and a site of protest. A sort of catalogue to help understand how the subjects in the old photographs and in human zoos may have felt as they looked at those who gazed upon them.