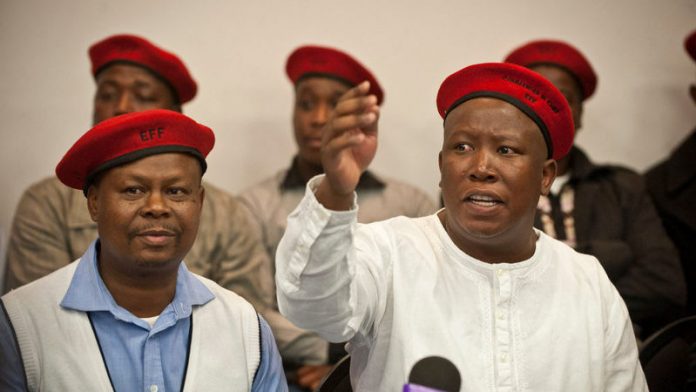 The Independent Electoral Commission confirmed with the Mail & Guardian on Thursday afternoon that the party's registration to contest next year's general elections has been approved. They will also be able to contest local elections, according the a statement by the EFF.

The IEC said they did not generally issue statements on party registrations, but directed the M&G to their website, where the EFF was listed as a party on an alphabetical list, between the lesser known East Rand Forum and the Economic Freedom Movement.

The new party's registration was delayed thanks to a complaint to the IEC by the Freedom Front Plus (FF+) requesting the body decline the application of Malema on constitutional grounds.

"The EFF propagates the nationalisation of land, mines, banks and other assets without compensation, and, in particular, on a racial basis. It is unconstitutional," said FF+ chairperson Pieter Groenewald.

He said Malema had not shown remorse and would continue his "unconstitutional actions" by using the EFF as a vehicle for discriminatory actions and policies.

The party was forced to postpone its official launch, planned to take place in Marikana, North West, due to the incomplete process at the IEC.

Malema said: "EFF extends its gratitude to the Independent IEC for refusing to bow down to right-wing formations and thecurrent murderous regime, which sought to prevent the registration of EFF as a political party."

Malema is the former leader of the ANC Youth League. After a series of suspensions from the party for hate speech and for sowing racial discord in the party, he was expelled in 2012.

Radical policies
In September 2012, Malema was charged with fraud and money laundering. The EFF was then formed by those ousted from the league. It has announced a radical policy basis and programme, including the nationalisation of mines and other assets and the expropriation of land without compensation.

"The people of South Africa should now take a sigh of relief that a giant movement of the people, a fighting force for change, a radical, militant, innovative and determined organisation is now going to be an option to all the existing political parties, which have collectively failed to transform South Africa," said Malema in a statement. "The oppressed and exploited people of the world should now expect real anti-imperialist actions and political programme which will practically and programmatically undermine neoliberalism and global capitalism."

The party has grand ambitions of winning the elections despite considerable odds, not least of which is funding. One of their backers, businessman Kenny Kunene, recently left the party and it is unclear where the considerable numbers needed to finance a campaign will come from.

"EFF will be contesting elections in order to be government, not in order to be a toothless opposition party in various parliaments and legislatures," said Malema.