Another September of discontent 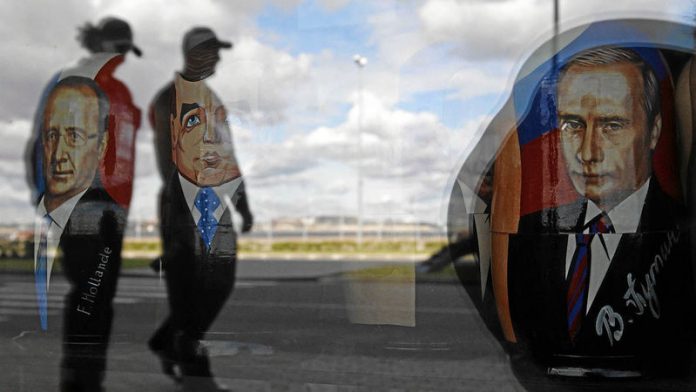 September is a dangerous month. Five years ago this month, Lehman Brothers went belly up. Twelve months earlier, there was the run on Northern Rock.

Black Wednesday in September 1992 saw Britain’s departure from the exchange rate mechanism; the pound left the gold standard in ­September 1931.

The signs are that September 2013 will also be an interesting month. That’s “interesting” as in scary.

There are five potential flashpoints: Syria, the G20 summit, emerging markets, the United States Federal Reserve meeting to discuss scaling down the stimulus, and the German election. Any one of them has the potential to damage the global economy.

Let’s start with Syria. Military action by the West against the Assad regime could affect growth in two ways: directly through higher oil prices, and indirectly by depressing business and consumer confidence.

On the face of it, there is no real reason why the air strikes favoured by Barack Obama should have led to the price of crude rocketing.

There is already a Syria premium built into the price of Brent crude, which was changing hands at just less than $120 (R1 230) a barrel in London last week.

Any hint of the conflict spreading beyond Syria will see the cost of oil rise further, and though talk of $150 a barrel seems overly pessimistic, there have been plenty of examples of rumour, fear and speculation combining to increase prices.

Capital Economics estimates that $150 a barrel for crude would knock a percentage point off global growth, turning a lacklustre performance into something close to stagnation.

The impact on sentiment is impossible to gauge. There were no long-lasting effects on confidence from the much more extensive military action in Iraq a decade ago, but that was before the Great Recession of the past five years. Businesses looking for a fresh excuse to keep investment plans on hold may find that Syria provides it.

G20 countries
That is more likely if the G20 summit in St Petersburg ends in acrimony. The conclave of developed and developing countries was supposed to usher in a new epoch of more co-operative global governance, and so it did — for the first 12 months after the G20’s inaugural meeting in Washington in 2008.

Since then, it has been downhill. G20 countries have failed to agree to a joint line on economic stimulus versus austerity and, in the end, member countries have simply done their own thing.

The summit could get really nasty if Vladimir Putin reacts aggressively to US policy towards Syria, and gets backing from China.

On past form, the chances of a big diplomatic bust-up are high, in which case expect markets to respond in their time-honoured fashion by seeking out safe havens in gold, the Swiss franc and the US dollar.

This would exacerbate the problems of the more vulnerable emerging-market economies, which have already seen sharp falls in their currencies against the dollar.

India, which saw the rupee sink to a record low last week, and Indonesia, which raised interest rates to defend the rupiah, are the most exposed.

Both have deep-seated structural problems and these have been exposed by the Fed’s announcement that it was contemplating scaling back — or tapering — its asset purchases under the quantitative easing programme.

Money has flowed out of emerging markets and back into the US as a result, prompting fears of a rerun of the Asian currency crisis of 1997.

Fears overblown
These fears are almost certainly overblown. The trouble in the late 1990s was caused by countries with fixed exchange-rate regimes trying to cope with vast hot-money flows, which came flooding in and then flooded out again.

The worst-affected nations had high levels of foreign currency debt and insufficient reserves with which to fight the speculators.

None of that holds true today. There has been no repeat of the big capital flows seen in the 1990s, because floating exchange rates and substantial reserves mean emerging-market economies are far better placed to defend themselves.

Which is just as well because the emerging markets are far more important to the health of the global economy than they were in 1997.

As Nick Parsons of National Australia Bank notes, 30 years ago the advanced world made up 70% of global gross domestic product, and emerging markets made up the rest.

Today the split is 50-50. As a result, he says, the Fed needs to be careful at its meeting on September 18.

Responsibilities of US policymakers
“US policymakers must increasingly be aware of their global responsibilities. The world economy, more than at any point in history, depends crucially on the success of the emerging-market bloc and its fast-growing, populous nations. In 1998, the world economy withstood the Asian crisis. An emerging-market crisis now — with policy stimulus in the developed world largely exhausted — would be a global concern.”

Of all September’s potential pitfalls, policy error by the Fed is the one troubling markets the most.

A year ago that would not have been the case, when pundits would have put the German election on September 22 at the top of their list of concerns.

That is no longer the case as fears of a break-up of the euro have faded and Europe has emerged from an 18-month double-dip recession.

But the eurozone’s economic recovery is fragile and the need for a third bailout for Greece shows that the crisis is far from over.

A tougher approach to indebted countries by the new government in Berlin would not be helpful.

Action by the Fed is likely to be modest. The US central bank is not proposing to stop stimulating the economy, merely to trim the amount of support it provides.

The likeliest outcome is that asset purchases will be tapered from $85-billion a month to $75-billion, the equivalent of a doctor reducing the dose of a powerful drug in the hope that the patient can be weaned off the medication. — © Guardian News & Media 2013