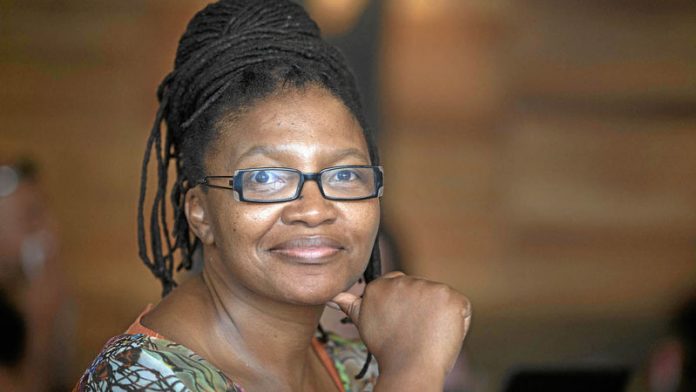 It is fair to speculate that had it not been because of the single-minded energy of writer and columnist Pinky Khoabane, the battle between Nkosana Makate and Vodacom would have stayed alive only in the troves of records kept at the South Gauteng High Court even though it had all the ingredients of a classic story.

It was a David versus Goliath tale: a black inventor challenging a powerful conglomerate. Local media didn't show much interest in covering the story, so it was left to Khoabane, on Twitter, to tell the story of the accountant who had taken on his former employer, who reneged on a promise to pay him for inventing the free SMS service popularly known as "Please Call Me".

Khoabane had a personal interest, to be sure, in championing Makate. Since the beginning of this year, she has been writing a book about him, the revolutionary concept that was born by cellular telephony in South Africa and the telecommunications industry in general.

Her new identity as the conscience of Twitter is so different to the identity her parents planned for her.

"Back in the days, we didn't know what we wanted to be, unlike the kids of today," she says at an eatery in Newtown, after dropping off her 11-year-old son at a football academy.  She is a big fan of Orlando Pirates, Barcelona and Arsenal, about which she tweets endlessly.

"If you are a BhakaGoonerFan & ManUreHater like me, today is just a great day," she tweeted on September 1 after Arsenal won against Tottenham Hotspurs; Orlando Pirates qualified for the next round of the Champions League after a narrow defeat to Egypt's Zamalek; and Liverpool beat Manchester United.

It's not just about football. When United Kingdom Prime Minister David Cameron was mulling over going to war against Syria, she tweeted: "The good news is that the people of Britain and members of House of Commons have told Cameron they will decide when to go to war."

Returning to her son, Khoabane says: "Since he was a boy, whenever he was asked, he'd say 'I want to a successful footballer'."

This is quite unlike her, having "discovered the me-the-opinionated-and-feisty-self quite late, but not too late".

She recalls her time in tertiary education, studying science and pharmacy following the wishes of her parents. Later, she "worked at my parents' pharmacy for a short while, [but I realised] I can't sit in a pharmacy all day reading scripts".

"People who know me often say I have always been opinionated. I don't shy away from telling people how I feel. I didn't realise this until I developed an interest in newspapers." With that came a new awareness: "I could sit down and write my views. I had an interest in news and would respond to news."

Heather Robertson, now editor of the Herald in the Eastern Cape, but then a senior staffer at the Sunday Times, noticed her prolific letter writing and invited her to be a regular columnist. Years later, her biography is still on the paper's site. It reads: "A mother of two, a life partner and a businesswoman, Pinky Khoabane tackles the 'small' issues which tick you off but no one talks about. From the beggar to the politician, no one is sacrosanct. She is ruthless, but she has a heart."

When she started writing, in 2008, the response to her columns was visceral. "The readers' responses hardened me. They were so racist. I was so shocked at the racism in this country. I was so emotionally involved. They shaped the columnist that I became."

After three years as provocateur, contrarian and general trouble-monger, she was let go by the Sunday Times in 2011 over "differences". Over those three years, she had written about how AfriForum funded its agenda; Nafissatou Diallo, the woman who accused former International Monetary Fund boss Dominique Strauss-Kahn of rape; and the exploitation of petrol attendants at a BP service station.

Of Twitter, she says: "I always had the account, but I wasn't using it," even though some of her interlocutors and friends would always tell her how they were talking about her columns on the platform.

"One day, I decided to go on Twitter and I wasn't really caught by it. It was much later that I became an active member of the community."

Some would say that's what Twitter is really about, that it's the shouts and murmurs, crossed lines and static that sustain it.

Khoabane's activism isn't just virtual, but like grass runners, it grows in the courtyard of every institution meant to uphold the rights of South Africans. Khoabane has mailed or called every single one of them: the public protector; the department of justice; equality courts; the Human Rights Commission; and the Constitutional Court.

"There is no formal outcome to the investigation," Khoabane says. The Western Cape Equality Court had not responded to queries by the time this paper went to press.

While we wait for an outcome to that case, many Twitter folk are also looking to see how the South Gauteng High Court will rule in Makate vs Vodacom. And we can trace the Twitterati's mindfulness of this modern day David to Khoabane, Twitter warrior.