We need a truly transformative democracy 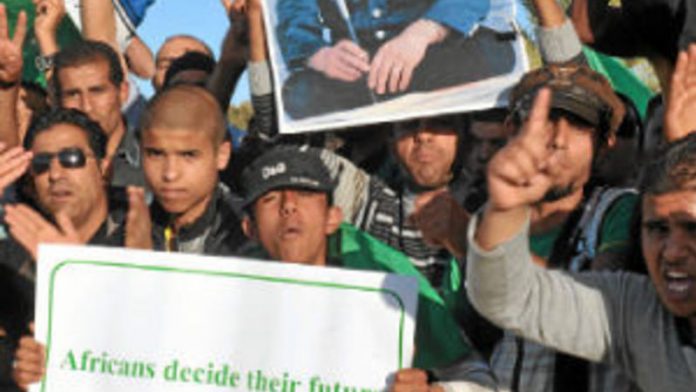 Who is a “democrat” today? The simple answer would be most of us. It would seem street protesters in Greece, Brazil and Egypt as well as Barack Obama, Jacob Zuma and Julius Malema are all democrats. Is this really the case?

The discourse on “market democracy” would want us to believe that this is so. The rationality of this standard of democracy works to extinguish distinctions, conceptual precision and, most importantly, the radical impulse of democracy.

In South Africa, our public discourse on democracy works in the same way. There are three crucial voices that dominate our conversation and define South Africa’s version of market democracy.

First, there is the state’s version of market democracy. Despite South Africa’s Constitution providing for a broadening of democracy beyond mere voting in elections to include participatory democracy, this broadening has not happened. At the same time, the technocratic managerialism driving the state has made it impervious to popular pressure from below. This partly explains the violent nature of grass-roots protest actions; an unresponsive state creates antagonism.

While the mineworkers of Marikana were engaged in a just struggle against mining capital and its allies, it was the state that violently brought a relative stability to this sector.

Mining investors and owners were assured that risk to capital was not being compromised. Ultimately, electoral mandates are rendered meaningless as the entire economy is geared around the interests of market forces and globalised capital. The state’s version of market democracy is about less democracy and more power to markets.

Second, the main political parties in South Africa share a common centre-right consensus on market democracy. The ANC-in-power and the DA-led opposition do not have fundamental differences on economic policy apart from some policy variation on shared themes. The institutional political system is locked into a neoliberal ideological frame that is elitist and skewed in favour of a narrow set of ideas.

Many of the values (possessive individualism, competition and greed), policy frameworks and legislative agendas emanating from this consensus have not worked to address inequality, unemployment or climate change. The National Development Plan (NDP), endorsed by our political parties, reproduces this consensus and does not take us down a path that can secure a democratic future for South Africa.

For instance, the NDP’s commitment to climate change, the most serious challenge we face as a species, supports fracking, more mining rents and carbon trading. Simply put, it continues the path of the past two decades in which market rationality and corporate power prevail over democracy.

Third, we have the amplified voices of our liberal intelligentsia, who are constantly given the space and platform by South Africa’s media to prescribe to us the virtues of market democracy. These voices come at the issue from different starting points but end in the same place. It is akin to listening to the same boring sound track, but remixed.

Ultimately, the concerns for democracy, such as its conditions of existence, its institutional underpinnings and power dynamics, assume that elections are the essence of democracy. This formulaic understanding of democracy furnishes us with a false guarantee about outcomes: if you just vote every five years, expect justice, policy change and transformation.

This is meant to be the real meaning of democratic politics; a South African version of Americanised market democracy.

The tragedy of almost 20 years of South African democracy is not so much the so-called clichéd loss of our innocence, but rather the extent to which our democratic imagination and horizons have been limited in mainstream public discourse.

It explicitly rejected the prescriptions of market democracy: less democracy instead of more, democracy equals the interests of markets and corporate power, and is merely about electoral contestation. Instead, the Solidarity Economy Movement embraces a constitutive understanding of power and democracy from below that includes participatory democracy (in the political and economic sphere), direct democracy through street politics (as in Greece, Brazil and Egypt) and the claiming of citizens’ rights and freedoms.

Together this triad of popular democratic power is meant to deepen democracy and determine the shape of electoral democracy.

In concrete terms, this form of transformative democracy seeks its expression through experimenting with participatory budgeting, a campaign for worker co-operatives and a campaign for food sovereignty.

Through embracing participatory budgeting, the emerging Solidarity Economy Movement is seeking to learn from international experience such as Porto Alegre in Brazil in the late 1980s (but diminished once Lula’s Workers’ Party was ensconced in power) and in Kerala, India, in the 1990s in which the decentralisation of financial resources enabled democratic planning. In the South African context, advancing participatory budgeting translates into some of the following: democratising ward committees (currently extensions of the ANC’s patronage machine), holding government accountable for disaster management legislation to ensure informal settlements are protected from fires, flooding and other avoidable disasters, and more generally influencing how resources are used to create liveable spaces such as housing, libraries, parks, bicycle lanes and other public infrastructure.

Through the campaign for worker co-operatives, the Solidarity Economy Movement seeks to provide an alternative for the unemployed, particularly the youth, in South Africa. The work provided in a worker co-operative is worker-owner-based work (that is, everyone has equal rights in decision-making, shares in profits and losses, and workers own the enterprises).

This is different from a capital-managed firm (or a nationalised enterprise) with its hierarchies of control and in which labour is merely treated as a factor of production to be exploited.

The campaign for food sovereignty is about connecting various movements in South Africa to reclaim the food system from large transnationalised agricultural corporations and ensure agro-ecological farming methods are used for food production. It is inspired by the largest peasant and small-scale farmer movement in the world, Via Campesina, which seeks to ensure the right to food gives democratic control over the production, distribution and consumption of it back to communities and citizens.

In short, these initiatives of the Solidarity Economy Movement are about giving citizens the means to sustain life, develop capabilities, build transformative democratic power and institutionalise progressive values such as social justice, equality and ecological consciousness.

It is through these marginalised voices that South African democracy is being democratised, remade and imbued with hope.

These voices are helping us to understand that democrats in the streets in Brazil, Greece and Egypt (despite the latter’s complexity) are about a different kind of democracy, a transformative democracy. This is fundamentally different from the market democracy on offer from Obama, Zuma and Malema’s Economic Freedom Fighters.

Dr Vishwas Satgar is the chairperson of the Co-operative and Policy Alternative Centre board, which facilitated the hosting of the second Solidarity Economy Conference in South Africa. He is also a Wits University academic