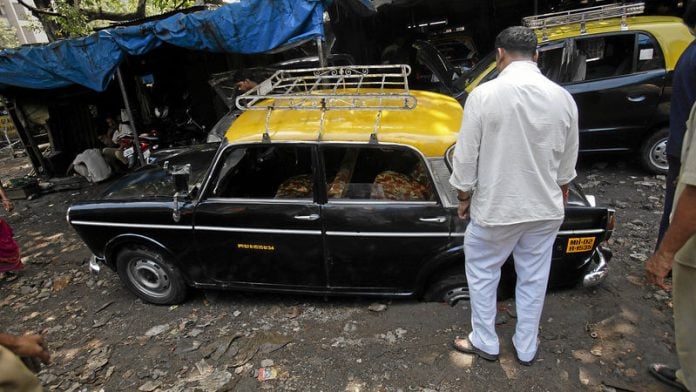 Angry locals are conducting ceremonies to name individual holes after prominent officials, to draw attention to the poor condition of the roads.

Hindu priests in the capital of poverty-stricken, lawless Chhattisgarh state have so far performed rituals naming three of the biggest holes after the chief minister of the state as well as the ministers for housing and public works, according to the Times of India.

Even in India’s wealthier states, corruption and bureaucratic inefficiency mean roads are often left unrepaired. The situation is particularly bad after the monsoon rains. This year’s monsoon, now in its last days, has been particularly long and heavy. That is good for farmers but bad for road users.

Satyawan Gupta, a businessperson in Raipur, said his 32km commute to his factory was torture.

“During the monsoons, it is impossible to gauge how deep a pothole is as the roads are under deep water,” he said. “It is so dangerous at times. If there is one place that deserves to be named after our politicians, it is the potholes of Raipur.”

Gupta said he had sustained neck injuries after bouncing across cratered road surfaces.

Such protests are increasingly common. Dissatisfaction with the Indian state’s inability to deliver basic services is widespread. Growing urban centres lack proper sanitation and transport systems as well as schools, clinics and police stations. One recent survey said the country’s cities needed around $1-trillion worth of investment.

Opposition candidates are hoping to exploit disappointment with the ruling coalition government, which is led by the Congress party and has been in power since 2004, at a general election next year.

The death of a woman last month in Kolkata after she was thrown from a rickshaw and a lorry hit her was blamed on a poor road surface.

India has the highest ratio of road casualties to vehicles in the world.

Manoj Singh Thakur, superintendent engineer at Raipur’s municipal corporation, said that the giant potholes could be fixed only in late October, as coal tar plants shut down during the monsoon.

“We will see what we can do to temporarily fill up the potholes,” Thakur said.

“In the meantime, fresh layers of coal tar can only be poured after September mid, and not before that.” – © Guardian News & Media 2013