‘Fake’ painting hidden for a century is actually a Van Gogh 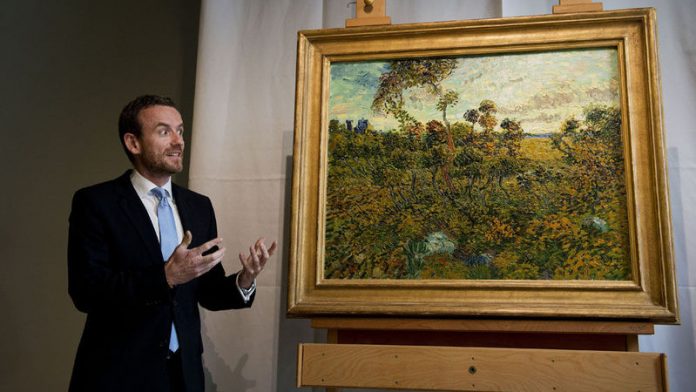 A French landscape painting stored in an attic and kept from public view for a century because it was considered a replica is the work of Dutch master Vincent Van Gogh, a museum said on Monday.

Sunset at Montmajour, which shows twisted holly oaks and a distant ruin bathed in the light of the setting sun, was painted in 1888 when Van Gogh was living in Arles, in the south of France.

The work, owned by a private collector, will go on show at the Van Gogh Museum in Amsterdam later this month for a year.

Museum director Axel Rueger described the discovery of a new work by Van Gogh as "a once in a lifetime experience" as the painting was unveiled at a press conference on Monday.

"What makes this even more exceptional is that this is a transition work in his oeuvre, and moreover, a large painting from a period that is considered by many to be the culmination of his artistic achievement, his period in Arles," Rueger said.

Museum changed its view
As recently as 1991 the Van Gogh Museum had concluded that the painting was not by the Dutch artist when contacted by the owners of the work for an opinion.

But thanks to new research, including analysis of the pigments in the paint used and their discolouration, as well as letters from Van Gogh himself, the museum has changed its view.

In a letter to his brother Theo dated July 5 1888, Vincent described the scene he had painted the previous day, but expressed his disappointment at the end result, writing: "I brought back a study of it too, but it was well below what I'd wished to do."

The work was later listed in one of Theo's catalogues, and then reappeared in 1970 in the estate of a Norwegian industrialist, Christian Nicolai Mustad, who had collected the works of Edvard Munch.

The Mustad family believed the painting had been bought by Mustad in 1908 but that he was advised later on that it was a fake or wrongly attributed, and banished it to the attic. – Reuters