Zuma condemns ‘opposite of the positive’ SA media 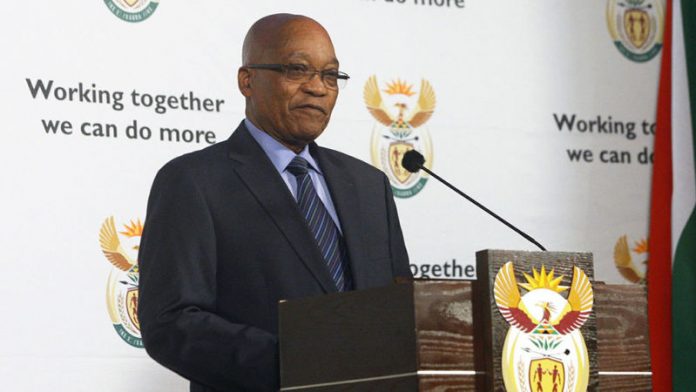 President Jacob Zuma launched a scathing attack on South African media on Tuesday, saying its reporting is so negative that he feels like fleeing this country at times.

Zuma also claimed the media didn't care about informing the public or building the country's image but was merely chasing profits.

He was addressing a group of journalism students from the Tshwane University of Technology, who were visiting Parliament as part of a trip to Cape Town.

"When I go out, people envy South Africans, they wish they were South Africans because they say we are doing so well, we are succeeding … they love it.

"But when I am in South Africa, every morning you feel like you must leave this country because the reporting concentrates on the opposite of the positive," said Zuma.

"What is it that you think is happening, particularly in a country that is supposed to be an example with vibrant democracy, transparency, high morals, everything. How do we handle this?"

Zuma said the media spoon-feeds the public with negative stories about government failures but fails to tell the story of how the government has turned the country around from the illegal apartheid system to a vibrant democracy.

Zuma said he visited Mexico when he was still a deputy president, and that he and his delegation were warned not to go to certain areas because of rampant crime. "Why don't I read about this [crime] in the media, because in my country, you read about everything," he had asked.

He said he was told that all of us as patriots of this country want Mexico to succeed. "We market Mexico and we cannot market Mexico negatively. We can't wash our dirty linen in public. Otherwise, if we said there was huge crime, people wouldn’t come to invest in this country."

Zuma said the South African media claimed to act as the society’s watchdog, but "they were never elected".

"[But] does the population or public determine what is reported? They don't."

He said reporting was determined by media owners, who have serious influence in doing so. "Media is a business, it's not what is says – a watchdog, it's a business, they are doing business. The paper must sell, if the sales go down because the editor isn't doing well, he'll be dismissed."

Zuma said for the editor to make the business grow, reporting is tailored in a particular way, [which is] not necessarily how reporting should be.

Zuma asked: "If we say we are reconstructing South Africa, what kind of image do we want to create, and who determines it and for what reasons?"

He said, the media is the main agent to change the thinking and shape the approach but he wasn’t sure what contribution the media was making to create this image of South Africa as a wonderful country.

The president said the reporting should help society be informed but also be in a decent fashion.

“When I had a discussion with the [media] owners," he said, "it was clear to me that their interest is to make profit, no matter how you report, even if you blow the minds of the young ones about [publishing a graphic picture of] a dead person, it’s not a matter, they just want the money”.

One said he wanted to be a journalist, so that he can inform and it wasn't about money. The student said he wished the government could do more to help black people own media companies, as many media companies in the country were white-owned.

Another student differed with Zuma, saying: "People still invest in the country despite the reporting, they don't stop investing because there are reports about crime or that a minister has stolen money.

"We must just learn to live with this love-hate relationship [between the media and government]. We don't create the news, we report the news," said the student.