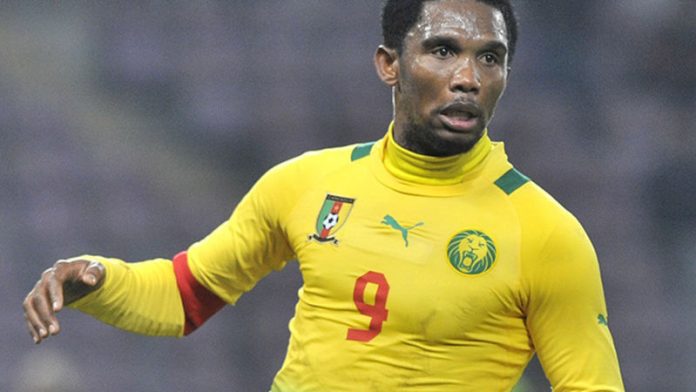 Perfect Egypt
Under the toughest of circumstances and with the nation's violent unrest a constant distraction, Egypt is in position to play at the World Cup for the first time since 1990. The team reached next month's playoffs in style. Former United States coach Bob Bradley led the Egyptians through the main qualifying group stage with a perfect record, winning six of six – the only country out of 40 to do so.

Chasing history
Ethiopia and Cape Verde are within sight of their first World Cup appearance after beating much bigger teams to make the decisive playoffs. Both are continuing breakthrough years after surprising many at the African Cup. Ethiopia qualified over 2010 World Cup host South Africa, while small Atlantic Ocean island Cape Verde – with a population of about half a million – shocked North African power Tunisia in the last round to steal their group.

Eto'o out; Drogba in
Cameroon captain Samuel Eto'o retired from international football after his country progressed to the playoffs, meaning Africa's first World Cup quarterfinalist will be without its all-time leading scorer if it makes it to Brazil. Veteran Côte d'Ivoire striker Didier Drogba appears likely to play at the World Cup if the top-ranked country in Africa goes through. The former Chelsea forward would be 36 in Brazil, probably his last international tournament.

Who missed out?
South Africa still hasn't qualified for a major competition that it hasn't hosted since 2008. The 2010 World Cup host lost out to Ethiopia even after the Ethiopians forfeited points for fielding an ineligible player. Former African champion Tunisia was overtaken at the very end by Cape Verde and number two-ranked African team Mali also failed to make the last 10.

The play-off format
The 10 group winners will be split for next week's play-off draw, with five teams seeded and each drawn against one of the five unseeded teams in home and away legs in October and November. The seeded teams will be the five highest-ranked by Fifa in Thursday's new rankings.

Currently, Côte d'Ivoire, Ghana, Algeria, African champion Nigeria and surprise package Cape Verde are highest. Egypt, Cameroon, Burkina Faso, Senegal and Ethiopia will all have to play one of them, but that could change when Fifa's new list is released. – Sapa-AP