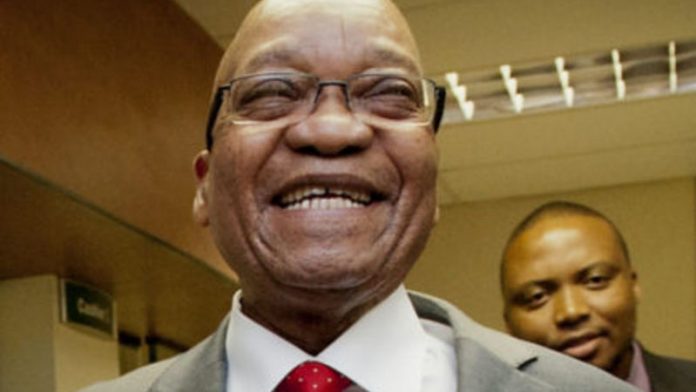 When one reads that South Africa's president is moaning about the media, about how it's such a schlep for him to wake up in the morning and see the papers' headlines, it strikes a very sad chord within the depths of one's soul.

It's definitely what happened to me. I mean, imagine the poor guy, with his huge salary and his spy tapes, worrying about the maintenance on his massive compound and sparking debates about dogs and white people. That's a lot on one person's plate. And, to top it all off, he still has to flirt with the idea of wanting to hop on to the nearest illegally parked Gupta plane and fly elsewhere in the world. All this because South Africa's reporting concentrates on "the opposite of the positive", he says (the word you're looking for is negative).

Twitter is proof that I am not the only one who wants to ease the president's heart. While tweeps shied away from saying things such "stay, please stay, Mr president", (I wonder why no one said that? *head-scratch*), there were one or two efforts to bring a smile to his dial:

Dear Mr Zuma. I'm reporting that robots en route to Sandton (which I pay for) are working today. #GoodNews Is that about right?

#GoodNews, President Zuma! I am extremely happy to report that the OR Tambo Airport did not vanish overnight.

Now those efforts, while sincere I'm sure, might seem a bit superficial to the president. So just in case he isn't all rainbows and butterflies inside yet, I decided to draw up a list of five news items with a positive spin that he truly can feel happy about.

1. No one's mad about Nkandla.
Not the media, not the rest of the public who provides state funds. Nobody. We are really happy about it. Everyone is. And to be honest, the real reason why the opposite of positive is reported when it comes to your country within a country is that, actually, we're all just really jealous and secretly wish we could have access to funds to finance buildings with elaborate tuckshops and have everyone be as happy about it as we all really are. Know what I mean?

2. We keep ragging on Riah Phiyega. But we hope she stays forever.
Marikana? What's the big deal? Hiring Major General Mondli Zuma in spite of criminal charges? Who cares?! We don't care. We love it. And the only reason we don't report this "good news" is because we don't want to seem like the desperate cheerleaders we all really are.

3. The spy tapes business is just hilllll-arious.
When it comes to the spy tapes, what we all really want to say is: "Zuma throws his hands in the air, and waves 'em round like he just don't care," and then roll back and rock in our chairs with our fingers clasped over bellies with aching laughter. But we can't really do that because sometimes good news for humour, or critique, can be mistaken for disrespect. See: The Spear debacle.

4. Our education system is laughable – literally.
Ah yes, that old bandwagon, with its rickety wheels and its Angie Motshekga. It's all good, Jacob. Truly though, you and students still waiting for access to knowledge are very similar. Both are in desperate need of some good news. You decide which is more important.

5. The SABC is always there to bring us a smile.
I have run out of good news. For more Mr President, please see the SABC because they have a 70% good news quota. But you already knew that, *winks*, so don't be so glum, chum!