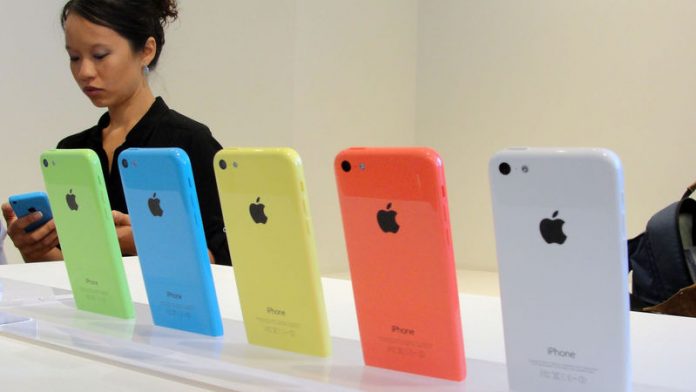 The pricing of what was expected to be a cheap model aimed at growth markets such as China and India has not only stumped investors, but also Apple aficionados in China, a country of 1.4-billion people and the world's largest smartphone market.

"My original estimate of the 5C price was around 3 000 yuan, but more than 4 000 – I think for a budget version the price may be a little expensive. I don't think I can buy one," said Liu Donghai, a 25-year-old chemical engineer.

Apple, whose market capitalisation of $449-billion makes it the world's most valuable publicly traded company, unveiled the two new handsets at an event at the company's headquarters in Cupertino, California, on Tuesday.

For the first time, it held a launch event in Beijing hours later on Wednesday, a move seen as underscoring the importance of the Chinese market.

Lack of buzz
New Apple product releases tend to generate a great deal of buzz, but the 5C's reception in China, where fans have been known to queue for days for new products, was lukewarm at best.

"The iPhone 5C is so expensive. Originally I absolutely planned to buy it, now the price makes me uncomfortable. Isn't it just an iPhone 5 with a plastic back?" said Sina Weibo user Shangzhiruixin.

The phrase "iPhone 5S" was the most popular search term on Sina Weibo, China's most widely used microblogging service, on Wednesday, while "iPhone 5C" did not appear on the top searches list.

Other users questioned why anyone willing to fork out well over 4 000 yuan for a smartphone would not just pay a bit more for the premium 5S model.

But others believe that the 5C makes sense in an increasingly competitive smartphone market, where the cheaper the handsets the more bitter the fight for dominance.

'Apple's old rival Samsung'
Apple's share of the China smartphone market slipped to 5% in the second quarter, according to research firm Canalys, trailing not just Samsung but also the likes of Lenovo Group, ZTE, Huawei Technologies and Xiaomi Technology.

"Even though Apple has a lower end iPhone now, its price is still considered mid-end in China and not low-end," said Sandy Shen, a Shanghai-based analyst for Gartner.

​Around half of China's smartphone shipments are in the 700-1 500 yuan range, said Shen, but competing on those prices isn't an attractive prospect for Apple.

"Considering Apple's old rival Samsung and domestic players such as Huawei, Lenovo and Coolpad all have phones in that category, Apple will still lose out in market share in these key segments," she said. ‐ Reuters