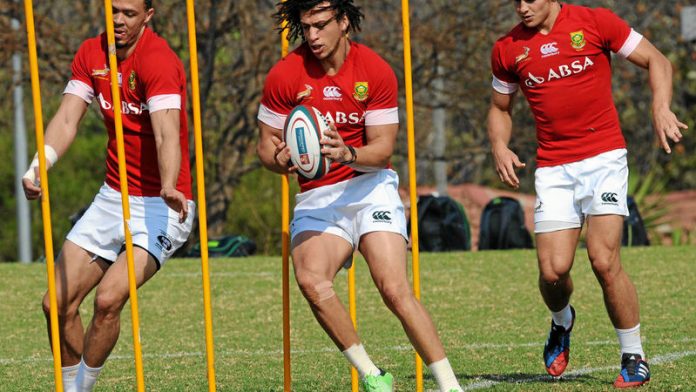 Thirty one tries in six Tests this year, the breaking of the Brisbane bogey and a piping head of steam suggest that on Saturday night South Africa may have one hand on the trophy for this year's instalment of the Rugby Championship. But while momentum suggests one thing, history suggests another.

The Brisbane bogey only went back to 1971, but the Springboks have not won at Eden Park in Auckland since the concluding Test of the 1937 series. Philip Nel's side scored five tries that day and became the first team ever to win a series in New Zealand. In the 76 years between now and then no subsequent Springbok side has repeated that feat.

What is more, the All Blacks have a run of 30 matches unbeaten at their traditional home, including the 2011 Rugby World Cup final. The team they beat that day, France, have the distinction of being the last nation to unseat the All Blacks at Eden Park. They did it in the dying minutes with "the try from the end of the world", as it became known.

French winger Philippe Saint-André was known as "the piglet" because of his ability to slip tackles and he set the masterpiece going with a darting run from his own 22.

From there the ball passed through a dozen pairs of French hands before fullback Jean-Luc Sadourny crossed the try line and France won 23-20.

Draw
That same year, the Springboks came as close as they ever have to emulating the 1937 side, with an 18-18 draw at Eden Park.

Gavin Johnson and Brendan Venter scored tries, and there was a general feeling at the end of the series that the Springboks could have swept it 3-0 if only they had had a reliable placekicker.

The reward for coach Ian McIntosh was to be summarily sacked. His replacement was Kitch Christie and the rest is history.

It is more than likely that the class of 2013 knows little and cares less for what has gone before. Super Rugby has removed some of the mystique attached to Eden Park, with the Auckland Blues enduring a decade of underachievement.

Route to glory
In contrast with 1994, these Springboks have a reliable goalkicker in Morné Steyn.

After treading water in 2012, they have blossomed this season and there is a real belief that the All Blacks are merely a stepping stone on the route to glory.

And yet it is only a month since the Boks looked listless and ill at ease in Mendoza. On that day, Argentina were leading with less than a quarter of the game remaining and the same critics who are lauding the Boks now were calling for sweeping changes in Heyneke Meyer's side.

It should never be forgotten that the game that changed everyone's perceptions was against Australia. These are dark days for the Wallabies and changing coaches has not altered that fact.

So, while it was a commendably loose-limbed performance by the Boks, it was not a true litmus test.

True test
After all, the All Blacks have already beaten the Wallabies twice this year, as did the British and Irish Lions. If, as is more than possible, Argentina beat Australia on Saturday, the true worth of South Africa's win in Brisbane will be exposed.

Clearly, though, the Springboks are far from being no-hopers in Auckland.

Richie McCaw will not be there to trouble them at the breakdowns, which means that Francois Louw will have another chance to improve his burgeoning reputation. If the tight five can subdue their opponents even half as well as they managed in Brisbane, it will allow the back row and three-quarter line to dominate.

In an ideal world Pat Lambie would be at fullback ahead of Zane Kirchner, but the latter did nothing wrong against Australia.

With the guile and pace of Willie le Roux and Bryan Habana out wide, and the cerebral captaincy and play of Jean de Villiers in midfield, these Springboks have a real chance to end 76 years of hurt.