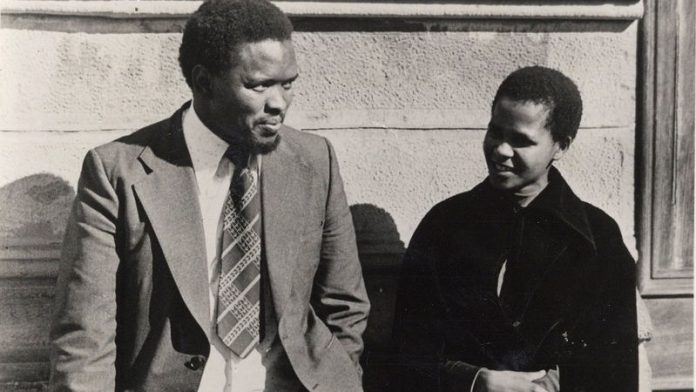 Steve Bantu Biko was born on December 12 1946. He was an anti-apartheid activist during the 1960s and 1970s and founder of the Black Conscious Movement that empowered and mobilised the South Africa's black population to fight against minority rule.

Since his death in police custody on September 12 1977, people called Biko a martyr of the anti-apartheid movement. His writings, activism and ideologies continue to influence South African politics and academics today.

In this rare television interview which was broadcast on German television, Biko talks about the ideologies of the Black Consciousness Movement:

His influence also resonates in music, art, television, film and poetry of which the most popular being the 1987 biographical drama Cry Freedom, directed by Richard Attenborough and starring Denzel Washington and Kevin Kline. A supply ship within the Star Trek canon called the USS Biko, which is referenced in the sixth season of Star Trek: The Next Generation, was also named after him, such is the reach of Biko's influence.

We take a look at five of Biko's most timeless and prominent quotes: