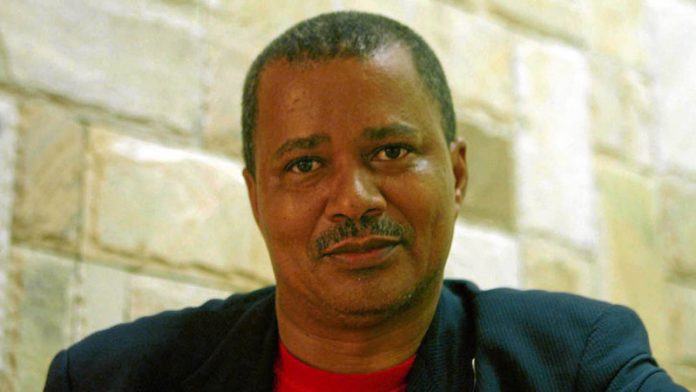 Jerome Brauns, a key witness in the Gold Fields's 2010 empowerment saga, has in effect accused an international law firm of lying in its findings that there was "credible evidence" of corruption in the deal.

What follows are edited extracts from Brauns's response to amaBhungane questions. In bold are extracts from the earlier Paul Weiss presentation in which his own alleged version to it contradicts what he now says.

At the heart of the contradiction is the Paul Weiss record of Brauns's original testimony to the effect that Gold Fields had increased ANC chairperson Baleka Mbete's stake in response to her representative Brian Mosehla's alleged threat to "scupper" the entire transaction.

Brauns now claims Mosehla had attempted unsuccessfully to gain an own stake and that Mbete's stake was increased "on merit".

Mosehla on September 12 contradicted Brauns's account, saying: "I never asked for shares, I was not offered shares and I have never owned Gold Fields shares either in my personal capacity or through any entity."

Jerome Brauns (JB): I deny ever having said what the [Paul Weiss] investigators are attributing to me regarding Mbete. In fact, everything that was attributed by them as having been said by me about Mbete was actually said about Brian Mosehla.

Paul Weiss (PW): Brauns' testimony regarding Mosehla's alleged threat to scuttle the deal on Mbete's behalf] was confident, detailed and thorough. We spoke to him twice for a total of five hours. At least three Paul Weiss attorneys were present … and we all agree on our recollections … Brauns told us repeatedly and with detail that Mosehla threatened to scuttle the deal unless Mbete was given a greater share, and that Mbete's stake was increased in response.

JB: I had had two meetings with Brian; [and] during the first meeting Brian demanded to be part of the [black economic empowerment] deal and to lead the negotiations … He threatened that if this did not happen he would ensure that the deal is "scuttled".

PW: [Gold Fields chief executive Nick Holland and general counsel Michael Fleischer's] new story [that] Mosehla made a threat that applied only to his demand for shares for himself [is] inconsistent with Brauns's repeated, unequivocal statements to us.

JB: [Mosehla] claimed to have abundant political clout to carry out his threat. He claimed to know senior political people whom he could call upon. It was, in fact, Brian who claimed political proximity to the [director general] and the minister and other "influential people".

PW: Examples of what Brauns told us: "If you are as politically connected as [Mbete] is, she would command a great deal of respect and attention and would be in a position to put pressure on a lot of people … [Mosehla] was threatening in terms of Mbete … I decided as a compromise to give Mbete a bigger stake."

PW: Brauns repeatedly expressed concern that Mbete could impede the deal. [Q] "How would he scuttle the deal?" [A] "There are lots of ways if you have the power and influence … When powerful names like Baleka are being thrown at you, you realise this deal is not yet set in stone."

JB: During the second meeting, I informed [Mosehla] that he could not be part of the deal. I told the investigators that there were heated and uncomfortable exchanges between Brian and me and that after realising I would not capitulate he introduced Mbete's name. He said that he also spoke on behalf of Mbete and that she was unhappy about the participants in the deal and about her not being consulted … He informed me that he would call on her to "scupper" the deal.

PW: [With reference to a similar "new story" from Fleischer and Holland, this] makes no sense. [It is] not credible to attempt to separate a threat to back [Mosehla's] demand for more shares for himself from his later demand, in the same meeting, for more shares for Mbete, whom he represented.

JB: I did not believe that Mbete would have sent Brian to me … because Mbete had a direct line to Holland as it was he who had introduced her to the deal. I told investigators I believed Brian was using Baleka as "the cat's claw (sic)" in an attempt to feather his own nest.

PW: We do not credit [Holland and Fleischer's similar] argument. It is not unusual for a public official to use an intermediary to make demands she would not make directly … Brauns told us: "Baleka was using [Mosehla] to negotiate a better position for [herself]. He was her cat's-claw."

JB: I was specifically asked by one of the investigators whether Mbete was possessed of sufficient "political influence" to scupper the deal … I confirmed that Mbete was sufficiently senior, powerful and influential but added I did not believe that she would do so because of her [close] relationship with Holland.

At some point I was asked [by Paul Weiss] why it was that Mbete's shares were increased after initially having been allocated an insignificant stake in the women's group. It was pointedly suggested by the investigators that this was "done as a bribe" by Holland in order that she did not "scupper" the deal.

I dismissed that suggestion with [contempt]. I informed them that the [increase in Mbete's stake] was my decision and debates around this aspect had commenced earlier than my first meeting with Brian.

By this time I had gotten the uncomfortable sense that the investigators may have been out to target Fleischer and Holland for some sort of misconduct in the deal structure.[Other women's stakes were also increased], not just Mbete's.

PW: About October 18 2010: Both Brauns and Mosehla have told us they met to discuss Mbete's shares. [Thereafter, according to Brauns's alleged testimony] Brauns conveys results of Mosehla meeting by email and orally to Fleischer and probably Holland. Brauns' cryptic October 18 email has no mention of Mosehla or explanation of changes.