Mbete looks out for number one 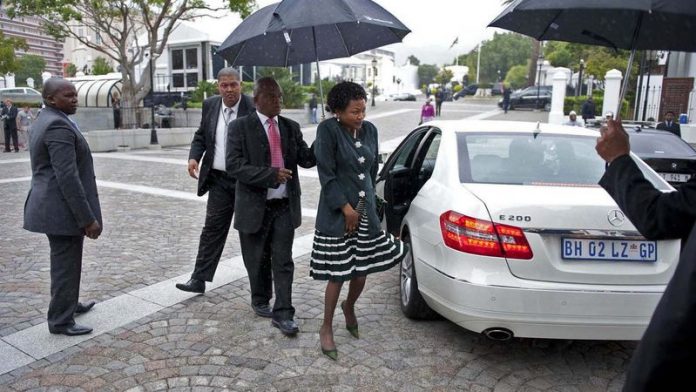 Could Baleka Mbete, chairperson of the ANC, have scuppered a large and extremely important empowerment deal for mining firm Gold Fields?

The ANC says no.

“What we’re saying … is that comrade Baleka Mbete did not possess any such influence at that particular point in time,” said party spokesperson Khusela Sangoni-Khawe in an interview with news channel eNCA this week, on the day that the ANC demanded that the Mail & Guardian retract an article it described as sensational, defamatory and slanderous.

The empowerment deal was reportedly hatched in 2010, in response to a mineral resources department requirement that the company secure an empowerment partner for its South Deep mine.

The article contained details of an alleged threat by Mbete’s representative that the deal would be scuttled unless Mbete’s stake was substantially increased.

The finding by Gold Fields’s own investigators, from law firm Paul Weiss, states unambiguously that the company attempted to placate Mbete through the application of money.

Whether or not the money was applied because of a threat to ruin the empowerment deal – and specifically whether such a threat was explicitly made on behalf of Mbete – is the subject of fierce contention.

But whatever caused Gold Fields to give Mbete shares worth R28.6-million, whether or not that was intended as an inducement, depends on one key question: Would the company have reason to believe she had the reach and influence to cause it trouble?

The simple answer appears to be yes. After all, Mbete could have been South Africa’s first female president.

Sufficient distance
In early to mid-2008 the ANC was in considerable turmoil. Jacob Zuma had ousted Thabo Mbeki as the head of the party at the pivotal Polokwane national conference, but the second phase of that transition had not happened – Mbeki remained president.

Mbete had been seen as something of an Mbeki follower, but at some point before Polokwane she saw the future. By the end of the conference she had been chosen as chairperson of the party – on the Zuma ticket – by going up against Mbeki loyalist Joel Netshitenzhe in the elections. Netshitenzhe, by Mbete’s telling, happened to have been quite influential in her decision to become a member of Parliament immediately after 1994. Tokyo Sexwale had withdrawn from the running for the post before voting began, in effect bowing to Mbete.

The ANC needed a caretaker president, a strictly temporary leader while it prepared for Zuma to take the position, but one who would not be seen as a stooge for his camp.

What the party required was somebody whom Zuma and his allies could trust, but who would be at a sufficient distance from him to placate the party members who had supported Mbeki and feared a purge.

Mbete seemed to fit the bill, and many predictions had her seated in the chair. Ultimately, after a chaotic period of lobbying and jockeying, Kgalema Motlanthe was chosen as the transitional president, and Mbete received the consolation prize of deputy president for the short months the temporary executive held office.

When Zuma took office, there was the question of who would be his deputy. What happened behind closed doors was never fully established, but there are indications that before Motlanthe took that job Mbete made a spirited play for it – and did not lose by much.

By any interpretation the recent history speaks to a person with considerable weight within the ANC, a party that through a policy of cadre deployment arguably has access to the functionaries, bureaucrats, ­regulators and others who could make life difficult for, say, a mining company that wishes to err on the side of caution.

Spanner
That raises a second question: Would a company concerned that Mbete could cause it trouble have reason to believe that she would? Again, the answer appears to be yes.

“Her record as National Assembly speaker suggests she can get things done, but also that she often puts her political progress before principle,” wrote then M&G editor-in-chief Nic Dawes on Mbete’s appointment as deputy president in 2008.

That was in reference to her treatment of the Travelgate scandal – when MPs and travel agencies defrauded the institution – while she headed Parliament. Mbete (herself accused of having exploited state funds, although she reportedly paid back her share) chose to make the problem go away rather than pursue action against those implicated.

But it was perhaps her approach to the tedium of administrative bureaucracy more than a decade and a half ago that would give a cautious company most food for thought on her level of principle.

Revealed to have been the recipient of an illegal driver’s licence in 1997, Mbete declared that she had been “too busy” to queue for the real thing.

Would Mbete have thrown a spanner in the Gold Fields works had she been thwarted? It is hard to tell.

Did she have the capability to do so? Probably, yes. Did the grant of shares to her constitute a bribe? If meant in any kind of technically legal sense, says political analyst Aubrey Matshiqi, that is the wrong question.

“You can achieve the unethical through a perfectly legitimate instrument,” says Matshiqi.

“The main concern here is the extent to which there is a compromise of the content of policy and therefore of the interests of ordinary citizens. We should be talking about the convergence of interests between the political elite and the business elite. That is a serious concern, regardless of the details.”